Setting the rules for women 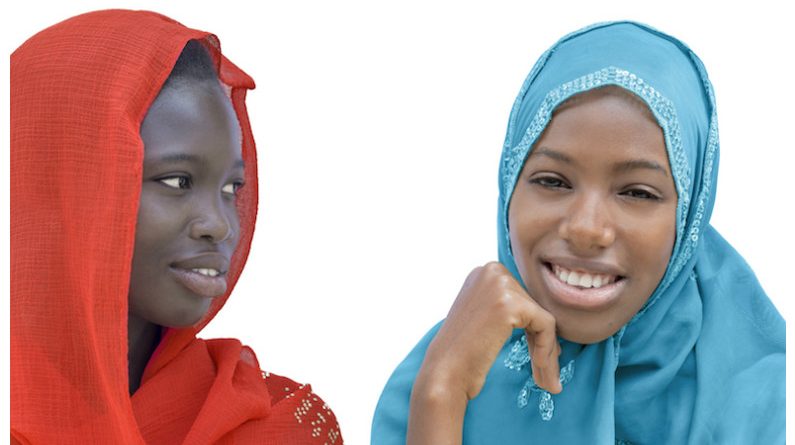 A few months after a law was passed in neighboring Uganda to ban women from wearing miniskirts, I sat in a bus keenly listening to a conversation between two elderly women. That was in mid-2014. The topic seemed to have been initiated by the sight of a young lady walking along the street, conspicuously clad in a tight black miniskirt and pink top displaying a lot of cleavage. Even after her passing by our bus quickly, the discussion about the woman still remained very much alive and the two women described her dressing as slutty and disrespective, portraying outright moral deficiency. A few days later I also overheard a similar conversation by two other middle-aged women. This time, however, the ‘culprit’ was a female passerby immaculately covered in a black veil from head to toe, save for her eyes only. They described her as a victim of cultural oppression, going too far to abide to a barbaric set norm of modesty. Later, I considered the two separate conversations and wondered which group of women was right.

Around November 2014, a menace of female stripping by male mobs for alleged ‘indecent’ dressing suddenly emerged in several parts of my country. The incidents caused immediate alarm and were highly condemned by not only women and activists, but a majority of enlightened thinkers of the entire community. I personally expressed my wrath through an article in one of our daily circulating newspapers. Such acts are primitive and infringe on personal dignity.

I have come to the realization that the dispute on female modesty shall never be ‘resolved’, and it has certainly not begun recently. This is because the evolution of society has always been dynamic and reactions have been diverse. Like most customs, what women wear reflect either the social or personal position of the wearer.

Our social institutions are anchored by two conflicting participants. On one side of the spectrum are those who strongly apprehensive about change, who fear that the structures they have ideologically supported since time immemorial may collapse. And therefore any person who seems to come up with new ideas becomes an enemy to traditional values, especially in my very conservative African society. Some may regard the fashionable lady as a misfit and wrongly assume that her assumed flamboyant image is merely to impress men and seek attention. They will call her a victim of what we call ‘westernization’ in Africa, blindly dumping our good African values for ‘immoral’ European and American culture.

What they tend to forget is that the concept of beauty has forever been existent and men have always played a role in setting the rules since time immemorial. For instance in the traditional Samburu tribe of Northern Kenya, a young girl is burdened with heavy ornaments on the neck, wrists and ears just for the same purpose that a girl in the American society goes under the knife to attain a desired body shape via plastic surgery. In England, corsets and tight lacing were introduced as early as the 16th century to help women attain a tiny waist, which was perceived a measure of beauty at the time and was detested as a frightful way of personal disfigurement in exchange of an ideal appearance.

Beauty is one of the most subjective global terms. In America, women want to be slim and athletic and so invest a lot of their time and money into personal fitness programs. In contrast, women in Mauritania are eating themselves to obesity because the culture there dictates that a beautiful woman should be over a certain weight. Women of all cultures and generations have therefore had their share of putting up a courageous appearance while enduring pain in the quest for beauty.

The other group of the conflicting society view traditions and religious cultures to be rather unfair and believe that a woman has the freedom to unravel her body according to her wishes. With empowerment in mind, women tastes in fashion and beauty have become even more versatile. They can now articulate their rights in a more pugnacious manner and detest the idiosyncrasy that a long skirt or Jewish veil protects them from the objectification of the female body by the male species. After all, if men cannot help ogling at women then that is their individual problem. Isn’t it? And women should not be incriminated in the crises.

When Uganda introduced a bill to ban mini-skirts, the then Ethics and Integrity Minister was quoted saying,

“If you dress in such a way that you irritate the mind and excite the people then you are badly dressed; if you draw the attention of the other person outside there with a malicious purpose of exciting and stimulating him or her into sex,”

I could neither agree nor reject his statement since there was no actual research done to that effect. What I know is factual is that it is here in Africa that increasing cases of defilement of young children and rape of grandmothers are reported daily. In such cases the probability of even the smallest attempt of provocation via indecent dressing is obviously outside the purview. Men therefore ought to step out of the judge bench in this big dilemma. Aren’t we trying to break away from male chauvinism anyway? Do you lock your house to prevent intruders or to protect what is inside?

The truth is that this debate will never end and we may never know who is right as we all have a convincing way of justifying our opinion. The decision of any wearer is almost certainly intended to project a certain image. However, for both categories it is difficult to settle on whether we are really choosing what we want, or just consciously or not, compliant to the standards set by the world around us. Therefore we are all oppressed in one way or another, the more reason we should strive to be less judgmental on the streets.

Liz Guantai is a lawyer, born and living in Nairobi, Kenya. She is an advocate for social economic rights and a global champion for Women Economic Empowerment. She writes on the rights and health of women at Girls Globe magazine.