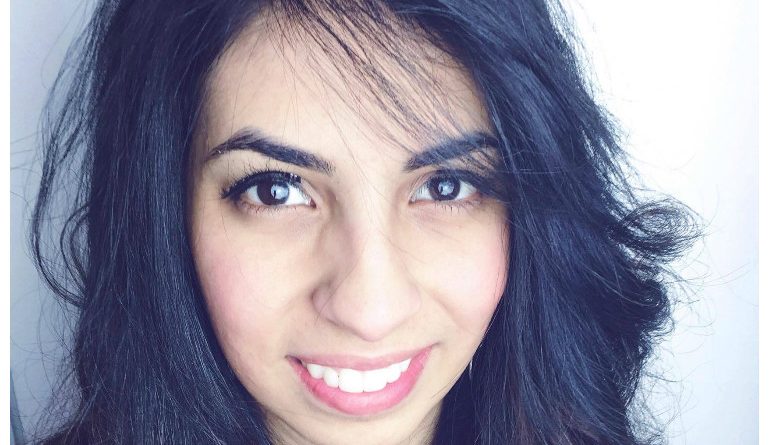 It is a known fact that humanitarian crises affect both men and women differently. According to the World Economic Forum, being a man or a woman entails a difference in access to material, symbolic resources and rights all around the world.

Unfortunately for women, in war or conflict situations, the struggles and challenges only increase, nonetheless “women experience different connections to the conflict, whereas some women take up arms or enter soldiery behind the lines […] others join organizations and take up new role as mobilisers in their communities.” (Meintjes, 2002).

Many are just left behind with chaos and devastation around and within their families or what remains of them.

Eman Mohammed, the first photojournalist from Gaza, Palestine, is one such amazing woman who has become a mobilizer of her community. Once judged for having entered what was considered man’s vocation, Eman has brilliantly highlighted the aftermath of war since 2006.

Speaking through her eye-opening images, Eman is the epitome of an empowered woman, showing the world that women do know exactly how to make a difference even in the most difficult situations.

Eman began her journey driven by her dream of becoming a journalist. But it was during her first job that she found herself carrying a camera everywhere she went. It was a tool that eventually became her primary tool for expression.

Tell us about your journey and what were the most significant challenges you faced in the beginning?

The realization that you are at the mercy of being accepted by others especially by men particularly in this line of work was perhaps most challenging. It is completely unfair that men assume control. Just like in many other male dominated fields, your worth is determined by men around you and not by the efforts that you make or the talent you possess.

It came as a complete shock to me that there was no professional female journalist or photojournalist in Gaza. I still wonder why this field is considered a taboo for women. I mean who sets the rules and such displaced understanding. This is a notion that needs to be changed. When I began I was obviously an amateur who aspired to be successful and being young you are unsuspecting of people who are trying their best to bring you down. It was very difficult to remain motivated under such negativity but I think that is exactly what drives you to do your best.

Do you think you are a role model for women to step up and challenge stereotype as you did? Has there been a cultural change or shift in the mindset within your community/ country thanks to your work and efforts?

I started back in 2006 and 10 years down the line there has been change. I may have been the first photojournalist in Gaza but I don’t  think I am the only female photojournalist there anymore. That said, I have yet to see professional skills coming out from Gaza. But that is understandable considering the many hardships and day-to-day challenges the people there face.

Talking from experience, one has to navigate through stormy waters. Sometimes you get lucky, the other you have to determine what the obstacles are to avoid them and many a times it really is about good work paying off.

It is heartening to see regionally as well as globally how women are being encouraged to play a bigger role in war and conflict zones especially in the field of journalism. Things are different now though the process is slow. There is a herculean amount of struggle still going on in Gaza, within the community, the taboos, patriarchal mindset that just do not work anymore. The conflict and political struggle also heavily contributes to oppressing women.

What in your opinion are some of the biggest challenges women face especially in regions of humanitarian crises?

I think the challenges are multi-layered in whatever field a woman is in and especially in regions of humanitarian crises. Yes global organizations and companies have started paying attention to what role a woman can play. But these entities are not actually providing the resources women really need to accomplish their missions or what they are trying to achieve. The way things are happening on the ground, it all seems like a passing phase or a current trend. Through out history and even now efforts by women need to be recognized and supported on the ground. They should be provided with the necessary tools needed to actually accomplish their set goals, whether it is just material goods, education, safe or conducive work environment specifically in war zones. This is how a woman can be truly empowered and work efficiently to attain sustainable development.

I have seen my friends, colleagues, female photojournalists not being sent or assigned to cover specific stories mainly because the editors think it is a risky situation, or they (female journalists) would be unable to deliver. They often underestimate a woman’s role in such a scenario.

Ironically if you look at the situation closely, it would be easy to see how female journalists can have more impact, playing a bigger role mainly because women and children make up the majority of population in humanitarian crisis regions. We consistently fail to realize, in fact recognize how women can play an immense role on such occasions.

What do professional women like yourself need to face as well as challenge patriarchal mindset hurdling professional agility and mobility?

It always begins by changing the mindset and it starts at the grassroots level. Women bring the exact same value as men or may be even more. So they need to see that for themselves and be able to say that they deserve better. It is important to raise this bar without any qualms or hesitation.

In addition to this, we need strong, more vocal women on the ground and men who are not intimidated by empowered women. No society can flourish without equal participation of men and women – both sexes encouraging and supporting one another.

You mentioned previously about being sexually harassed as well, how did you overcome this terrible situation and what generally needs to be done as far as gender-based violence is concerned?

Honestly, the hardest is to overcome the shame and stigma attached to sexual harassment. You are constantly blaming yourself about a guilt that has really nothing to do with you. It would be naïve to say we can end sexual harassment tomorrow or even the day after. But the least we can start with is not to take the blame on ourselves. Let us shut down this blame game by realizing that there is nothing to be ashamed of. It is high time we tell our offenders that they are the ones guilty of the crime and hold them accountable for their heinous acts.

In my community just like many others out there, the victim is the one vilified and has to keep her lips sealed for fear of being socially slandered. She is the one who has to pay the price. Sexual harassment is not something that you can avoid by being smart or dressing a certain way, in hijab etc. It is an epidemic that communities across the world are struggling to deal with. And it essentially stems from our years of worrying about how women are dressed, their movement and mobility. Sexual harassment is actually an attempt to rob you of your security and the sanctity of your identity, stealing from you more than you are willing to give. It can be an offensive word, a leering eye or an abhorrent touch.

How can we as empowered women prevent issues stemming from gender?

I think that now more than ever things are set in motion and it is hopefully the beginning of real change. We are also changing the concept of empowerment. Both men and women are empowering one another through encouragement and mutual support. I have witnessed women achieve so much with tremendous support from their families especially their husbands. A number of women have strong supportive mothers, particularly single moms like in my case, at their backs who keep on pushing them to do their best.

I would not have been able to achieve success in such a tough field like photojournalism in Gaza as a woman, if it wasn’t for my mom. She went against everything she knew just by allowing me to follow my dreams. And now as a single mom myself, I look at my children the same way empowering them by letting them dream and helping them realize their aspirations.

I believe that especially now we are more respectful of who we are as women and of our identity as healers and protectors of community and that makes a huge difference. Women are finally not taking themselves for granted and it is a tremendous step in the right direction.

Setting the rules for women