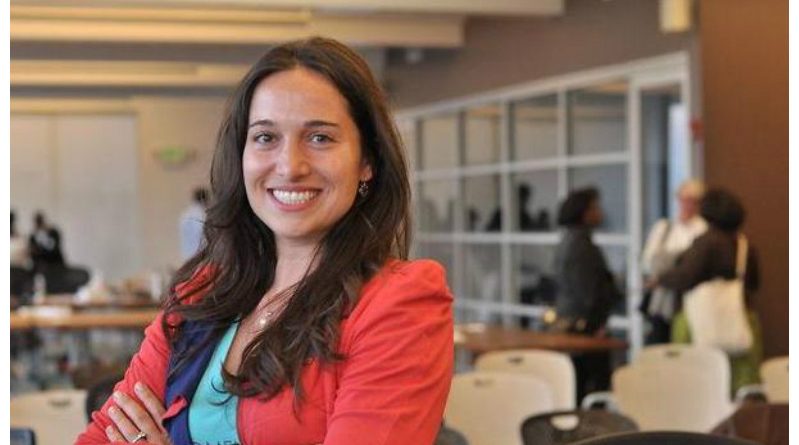 Diversity makes good business sense, none can deny that. But when it comes to statistics, what throws a negative shade on this adage is the undeniable fact that women are under-represented in most industries globally and technology is certainly no different!

With only 17 percent of Fortune 500 Chief Information Office (CIO) positions held by women in 2015, according to the National Center for Women & Information Technology, there is much that needs to be done.

On the one hand, it is critical to encourage more women and girls to join the tech industry, on the other, it is equally important to retain women who are already working in this sector.

One entity striving to make a difference by combining these two central issues is Women Who Code – a San Francisco-based, non profit that is on a mission to inspire women to excel in the tech industry. The global entity has to date executed more than 3000 events all across the world, possesses 50,000 plus members, boasting its presence in over 60 cities in 20 countries. The organization has made many inroads in different parts of the world from South American to the MENA region.

Tell us about your professional journey and Women Who Code.

I personally had not come from a technology background. After going to grad school, I joined a small women performance footwear company where we launched the first ever woman specific volleyball/basketball shoes.

Eventually I moved to Bay Area (US) and contemplated about giving tech world a try, sort of transitioning my career into something around the industry. I started learning to code to amplify my skills; transforming them into something more technical.

Women Who Code was just getting formed at that time and before we even had our first event, I stepped up as a leader. The entity just started as a community group here in San Francisco and I started devoting more and more time to it.

What has been your journey like with Women Who Code?

Women Who Code is a 501C3 non profit dedicated to inspire women to excel in technology. Over the years there have been leadership changes as well as developments and I have been there for all of it. I have always believed that there is a space for Women Who Code to exist for other women around the world. This notion enabled me to plan out strategies for expansion, putting on bigger and sophisticated programs based on elevating the brand so that the women who work directly connected to it could explore opportunities.

I formed the 501C3 at the end of 2013 and am on a mission to empower women to excel in technology careers. While working in a role where I was connected with a lot of executive level people from the tech industry – CEOs and vice presidents etc. – I could see that fewer than five percent of them were women.

I started pulling in aspects of how these executives networked and the career paths they took and the things they did for their career outside their companies into what Women Who Code was offering to our community.

Both men and women have unconscious biases. These exist because they have been culturally and ‘societally’ ingrained in us. The fastest way to address it is having that awareness around you. It is about building a structure knowing that these biases exist and only then you can overcome them.

Becoming an enabler of women empowerment especially in the tech industry is quite a feat, how does Women Who Code consistently achieve that?

There was a lot of conversation around teaching girls and women to code. During that period, I was very vocal about the fact that we have a lot of amazing women in the industry and we were losing them by the droves. About 56 percent of women were leaving mid career. And if you leave mid career, it is essentially before you reach the top of the company and consequently prior to becoming a role model to girls.

I was afraid that while all this conversation about encouraging girls to join the tech sector; these amazing women who were making it in the industry were being viewed as juniors; making it even harder for them to reach executive positions and even more likely for them to leave their careers.

It is equally important to retain these women in the industry and not to give up on this generation. Because if we don’t have role models in the industry then in 20 years time, it wont be any easier or better for girls. So we combined the two ideas together making it an even stronger and more powerful message that tech industry has great careers for girls.

Comment on how mentoring can play a big role in empowering women and girls into becoming industry leaders?

Women and girls should definitely be mentored in their careers. People at the senior levels can also benefit through advocacy and mentoring. It is so important to have someone within your organization, maybe one level up, giving you advice on what it is going to take to succeed and actually helps you navigate politics, assists you in planning out career – in short championing YOU through your career. It triggers such a tremendous impact.

How in your opinion can we overcome biases?

Both men and women have unconscious biases. These exist because they have been culturally and ‘societally’ ingrained in us. The fastest way to address it is having that awareness around you. It is about building a structure knowing that these biases exist and only then you can overcome them.

How can we encourage women and girl to code?

Coding can be difficult, it can also be incredibly easy in addition to being powerful. There are so many free tools available to try out that have in fact lessened the barriers for women to get started and learn how to code. Of course there will be many challenges if you are going to take a deep dive and go for software engineering – which is like doing anything else. You might not be great at it initially but you get better in time.

There are probably millions of job out there that are well paid, are flexible and great for women with children. They require communication, learning, creativity and problem solving – all things that women love and are great at.

So in short Women Who Code is striving to…

To show that there are no men and women in the engineering industry but engineers in this line of work. We will be very happy when we get past that level, which tends to happen when you get close to 30 percent representation, which is not that far off.

We look forward to the time when we shut our doors because we are no longer needed and that will be when women are properly represented in the industry.

Why is gender diversity so important and gaining momentum?

Data shows that diverse teams perform better and are profitable. I now see a world where every industry is merging into the tech sector. So if you are interested in healthcare, media, finance, shipping, etc. all of these industries are shifting towards technology. What is going to happen is that the executives in those companies will be people having technical backgrounds. This means if women are dramatically under-represented in technology and we are definitely dramatically under-represented in leadership roles, we are actually pushing ourselves into tighter and tighter funnel.

We need to take up this opportunity to position ourselves into leadership roles, in running companies and technology organizations. It is the fastest growing job market and we want women to participate and excel in that market.

What kind of response has Women Who Code received and what future do you envision for the organization?

Response has been incredible. Women Who Code is a professional association for women. We were very small to begin with but possess a really wonderful culture. We are highly supportive and dedicated to seeing our community members excel. That is core to our foundation. We love to see that happening to our members around the world.

Currently, we were in a couple of cities in the Middle East and will hopefully be expanding to more cities. Today people can sign up for the Code Review where we highlight women successes in the industry and lower the barriers. We have given $250,000 in scholarships, going to women around the world. It is something that the women in the Middle East can participate in.

We currently have networks in Algiers, Tunisia etc. Women there are invited to step up as leaders, participate in existing programs and help support women within their communities as well as network with Women Who Code.

We have a vision of being in every country in the Middle East and actually get feedback that there are very technical women who are getting the right education and that they should really get support to further their career. The Middle East is definitely a very important place for Women Who Code to be.