Sabin Muzaffar looks into the ‘woes’ of women's economic empowerment. 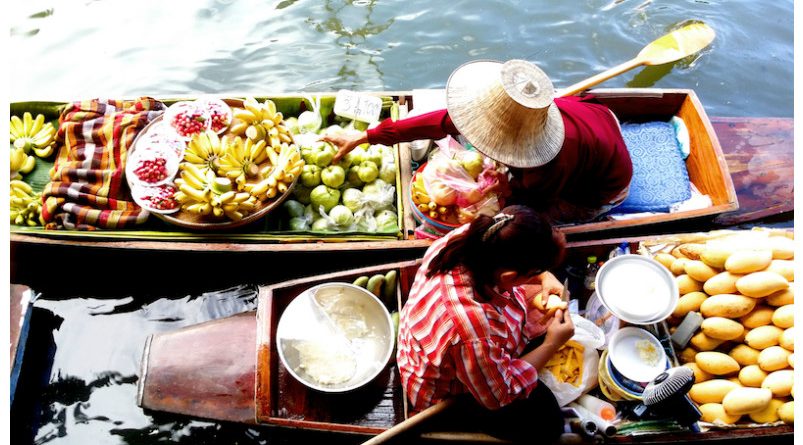 Gender equality is the buzzword of the 21th century as is the very real struggle for growth of global economy. Surprisingly though, with such realities in plain sight, half of the population of the world being women are still unable to fully participate in modern economy.

That said, those who are in fact involved in skilled or unskilled labor are consistently marginalized when it comes to decent work and wages, safety at work, equal access to paid work or opportunities of moving up in the market.

According to a report by the UN Women, “Gender-based occupational segregation is pervasive across all regions. In addition to occupation segregation, gender pay gaps are a feature of almost all labor market.”

“In my country, agriculture is the main source of livelihood. Most families in rural areas own at least a small piece of land. Most women do not have title deeds, as the land belongs to their husbands, fathers and brothers. However, it is women who provide the labor. They wake up at the crack of dawn to till the land the whole day. They put all their energy into it, as well as spare time to fulfill the rest of their expected family roles in the evening. Assuming the rains do not disappoint, the harvest may be plenty. Sadly these women may not enjoy the fruits of their hard labor. Their duty only runs until the harvest. As those sweet proceeds revert back to the owners of the land, who are in control of what to do next with the harvest. The women just wait for the next planting season to do their part again. And the cycle continues…” says Liz K Guantai, UN Women’s Empower Women Global Champion for WEE.

It is thus safe to say that the coined term feminization of poverty is not only a lack of women’s income but encapsulates and encompasses a gendered privation of sustained livelihood, human development in terms of a proper framework that emphasizes on education, socio-economic infrastructure and material assets among other things.

Gender equality is a universal truth that needs realization not only for economic empowerment of nations, but also because it paves way for sustainable development. Including women in modern economy entails healthy socio-economic growth of families triggering a ripple effect where communities and consequently nations thrive.

“One of the factors a country’s economy depends on is human capital. If you don’t provide women with adequate access to healthcare, education and invest and promote women economic empowerment you will lose at least half of your potential. Gender equality and women’s economic empowerment brings huge benefit to nations’ growth,” says UN Women’s Empower Women Global Champion for WEE, Joy Eze.

It would not be wrong to say that economic development critically requires an overhaul of patriarchal mindset many societies possesses that essentially hinders women’s growth. Deeply entrenched within the social fabric of society, these are also imbued in its politico-legal belief systems, economically disempowering women on individual, national as well as international levels, thereby creating gender-differentiated poverty.

A modernization of thought is the order of the day that can decimate obsolete views encouraging gender discrimination; as financial repercussions for the female gender and society are far reaching.

“Across the world, women are subsidizing economies through unpaid and unrecognized labor. They work beyond their capacities in the agriculture sector, the industry and various parts of the services sector, as unpaid family workers, home based workers and at low-end jobs. Where recognized, their labor earns them half the income compared to men. And then they are called unproductive. The social cost of this equation is too high, as women’s health and well-being is massively compromised. Governments and the private sector need to rethink if this exploitation, which is more a human rights violation, is how they want to pursue ‘progress’ and ‘development’,” opines Zeenia Shaukat, independent professional who has worked on labour rights. 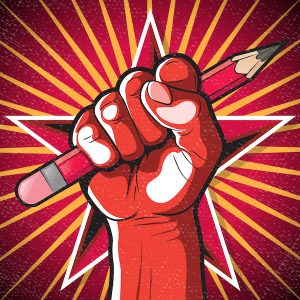 Education is key to overcome socio-cultural taboos revolving around women economic empowerment. And interestingly it starts with the female gender. The old adage stands true: “Educate a man, you educate an individual, educate a girl and you educate a nation!”

Literacy lays the groundwork for raising awareness among families as well as communities. According to an article written by IMF chief Christine Lagarde published on DEVEX.com: “Education is the foundation upon which change is built. Learning helps women to help themselves and break the shackles of exclusion. Nowhere is this more essential than in the developing world: One study of 60 countries estimates that the economic loss from not educating girls at the same level as boys totals $90 billion a year. Another study suggests that an extra year of primary school boosts earning potential by 10-20 percent, and 25 percent for an extra year of secondary education.”

Another aspect of female economic disempowerment stems from being stuck in low paying or menial work positions. In addition to this, statistics also show a loss of professional women in mid to senior level positions due to familial pressures among other societal ones.

According to another UN Women’s Empower Women Global Champion for WEE, Melanie Bublyk: “Women in general spend less time in the paid workforce than men, earn less than men, are more likely than men to be in part-time and periodic work, and are more likely to have interrupted career patterns due to caring responsibilities.”

Christine Lagarde in the Devex article further says: “Globally, women earn only three-quarter as much as men — even with the same level of education and in the same occupation. Recent International Monetary Fund research shows that eliminating gender gaps in economic participation can bring increases in per-capita income. This can have a major impact — women control the purse strings in most households around the world, and more spending by women feeds into higher levels of demand and economic growth.”

Sadly though a UN Women report states: “Women continue to participate in labor markets on an unequal basis with men. In 2013, the male employment-to-population ratio stood at 72.2 percent, while the ratio for females was 47.1 percent. Globally, women are paid less than men. Women in most countries earn on average only 60 to 75 percent of men’s wages. Contributing factors include the fact that women are more likely to be wage workers and unpaid family workers; that women are more likely to engage in low-productivity activities and to work in the informal sector, with less mobility to the formal sector than men; the view of women as economic dependents; and the likelihood that women are in unorganized sectors or not represented in unions.”

Women are termed as the next billion. Gender equality – be it women’s basic human rights, access to education or equal opportunities – inevitably leads to accelerated global sustainable growth.

To achieve this, it is critical to keep the dialogue alive and open, raising awareness through dissemination of information. It is important for policy makers to also have voices from civil society, community leaders, public and private based on inclusion to devise plans of action based on equality and diversity.

Because women are under-represented in unions, creation of such entities focusing primarily women does have the potential to play a pivotal role in protecting and safe-guarding their rights at the workplace; in addition to launching support groups that can train and mentor women into becoming confident leaders. That latter being partially executed.

Comprising 43 percent of agriculture’s labor force in developing countries, women can easily become a force to be reckoned with if given access to resources.

Recommendations are numerous and we can most certainly talk the talk. But the crux of the matter is action does speak louder than words!