Ananke's intern Mariyam Toor delves deep into the problems with Pakistani public transport and its victimisation of women. 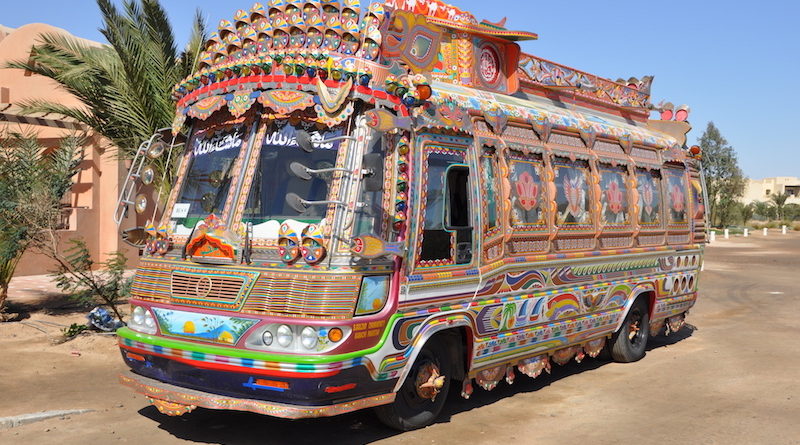 Increasing economic productivity of a country is deeply connected with the financial emancipation of women – the other half of the world population. And, one of the foremost hurdles in the way of empowering the female gender is the restriction on her mobility stemming from patriarchy, suffocating social norms and a rigid mindset.

It is a universal truth that women not only in Pakistan but across the globe, particularly those from the lower to middle classes of society, are sole care-workers as well as the primary breadwinners of their families. Insufficient family income forces women to do the double shift; drudgery inside the home as well as finding work outside it. Regardless of the nature of the work – be it an occupation or education – that women must engage in, they are bound to use public transport in order to increase their mobility.

Although a majority of the female population use public transport, it certainly is not a friendly means of increasing women’s mobility in Pakistan. An ordeal in itself being one of the main proponents of harassment, public transport makes it tougher for women when it comes to either gaining education or supporting their families.

Research shows that it is significantly more difficult for women in Pakistan to commute as compared to men. Sexual harassment, lack of reserve seats in buses and the ever-increasing costs are some of the issues that women tackle on a daily basis while using public transport.

A report prepared by Social Policy and Development Centre on sexual harassment in public transport in the Southern city of Karachi noted: “The highest incidence of harassment is reported by working women, followed by students.”

The report attributed high levels of harassment to the woman’s age and high frequency of commute. The report also categorized sexual harassment into two types: staring/leering and deliberate contact/groping. Other types of harassment include the use of vulgar language and obscene gestures.

Interviews of women using public buses in other urban Pakistani cities show that men leer shamelessly and even deliberately attempt to get physical. For instance, a teacher ‘complained of vulgar language’ and said, “They even try to touch you through the grill partition. Once a man started photographing me from the men’s side using his cell phone camera.” This has the obvious effect of making the entire experience for women difficult and nightmarish. Other women have also complained about the use of loud vulgar music by male drivers, which is “disturbing for women passengers.”

Women have even reported that conductors often use insulting tone if a complaint about men standing in the women’s section is lodged. Such events create uncomfortable experiences for women, ultimately preventing them from commuting as much as they wish to.

Long hours of waiting at the bus stop also contribute to sexual harassment. Kousar Khushwali writes in her reflection on gender discrimination on public transport, “At times, waiting for hours and hours on the bus stop, being stared by the male, being approached by guys saying stupid things or even to the extent of getting offers of a lift by lonely car drivers or bike riders, is nothing less than an ordeal that keeps happening routinely.” This shows that women are not just met with harassment on the vehicle, but in fact, it begins before the vehicle even arrives. She further adds that “society is completely ignorant towards this problem and nobody understands the pain that women suffer from daily.”

In addition to this, the lack of reserve seats is another major issue facing women using public transport. Overcrowding of buses and lack of strict compartmentalization for female passengers increase the number of hours women have to wait on the road, also amplifying instances of sexual harassment in the vehicle. For instance, an article on the issue of lack of reserved seats reported that public vans in twin cities of Islamabad (Capital of Pakistan) and Rawalpindi only have two reserve seats for women. (Insufficient reserved seats in public transport create problems for women). This, coupled with overcrowded buses, results in women having to wait for long periods of time in order to catch a bus, which adds to their vulnerability on the road. Once inside the bus, men occupy the female passenger space if there is no other vacant seat available; with the conductor conveniently failing to stop the men from doing so.

Many a time, men often use the entrance to the women’s section for entering and exiting the bus. This also opens up numerous physical or non-verbal harassment opportunities.

The lack of empathy towards the struggle women face leads to ineffective and half-hearted attempts to alleviate their problems.

An increase in the number of reserve seats for women and its strict enforcement would definitely alleviate suffering. Drawing from the reports on public transport, increasing seats for women will decrease their time spent waiting on roads which will ultimately help reduce instances of abuse. Strict enforcement of compartmentalization inside the vehicle might also shield women from coming into close contact with men, thus making the experience less uncomfortable.

While it is saddening to see this abysmal state of affairs for women using public transport, there appears to be a small ray of light in the dark tunnel. For instance, Zar Aslam, president of Pakistan’s non profit Environment Protection Fund, decided to launch her own rickshaw service in Lahore, “Pink Rickshaw Service”, after being harassed and almost kidnapped by a male rickshaw driver. While speaking to a leading Pakistani daily, she said, ““This is another step towards women’s financial and professional empowerment.” Driven by female drivers, the rickshaws are coloured in pink and white, catering specifically to women. Along with this, Chief Minister of Punjab province, Shahbaz Sharif also announced in 2016, that “1,000 pink scooters would be given to working women” under the Women on Wheels project. This would allow women under 40 to commute freely without any fear of harassment and consequently, become a part of national development.

Women are constantly struggling in Pakistan in order to support their families, earn a living or obtain education. Even when they do get permission to study or work, their mobility is hindered by the lack of space for women in public transport. Instances of sexual harassment, without the ability to report them, further make the experience a terrible ordeal. The lack of empathy towards the struggle women face leads to ineffective and half-hearted attempts to alleviate their problems. As one author aptly puts it, “these women deserve medals of bravery just for the act of getting to work or school every day.”

Rise of the Phoenix