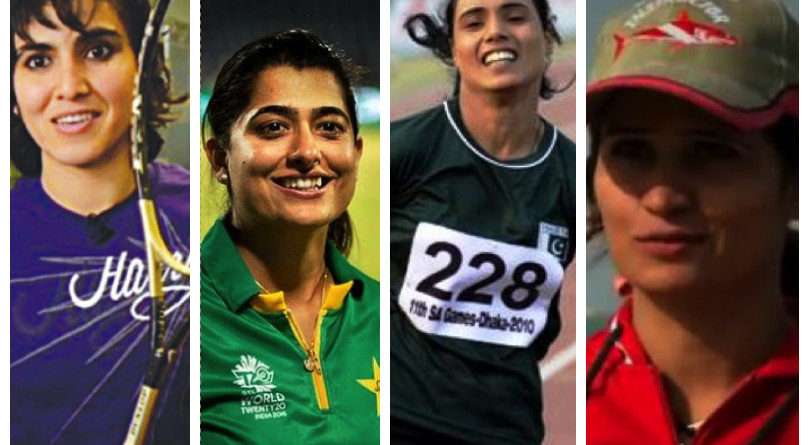 The increasing awareness about female empowerment and how it positively affects society has led to an upsurge of women’s participation in every walk of life. From STEM fields to politics, women have made their mark; showcasing a track record of brilliance and success. One such area is sports!

A field generally dominated by men especially in patriarchal societies like Pakistan, women’s participation is indeed limited. Societal restrictions and traditional pressures have consistently stood in the paths of women wishing to pursue sports professionally. In spite of such challenges, Pakistan has produced exceptional sportswomen who have not only participated in numerous games nationally and internationally, but have also bagged a plethora of awards and accolades in the process.

Here’s our list of amazing Pakistani women in sports who have defied prejudices and continue to dream big. 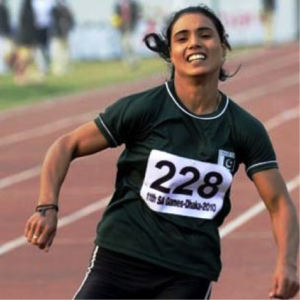 Naseem Hameed: Running and training on the grounds of her hometown, Korangi – in the coastal city of Karachi, Naseem made her way to the South Asian Federation Games 2010. Winning the 100 meters race in just 11.81 seconds, she received recognition as the fastest woman in South Asia. Naseem’s persistent hard work and determination earned her the title of ‘Queen of Tracks’, silencing people unwilling to believe in her. 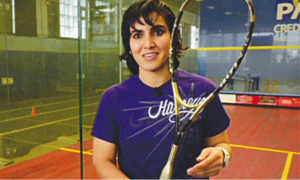 Maria Toorpakay Wazir: Born in Waziristan – an area known for its rigid patriarchal norms, Maria disguised herself as a boy to play squash with her brothers on the streets of her hostile district. Despite receiving threats, the Pashtun girl was undeterred. With the support of her father, Maria fulfilled her dream of becoming a squash player. Enjoying the 62nd rank in the world, Maria Toorpakay Wazir became the first female Pakistani player to win a PSA (Professional Squash Association) Challenger 10 event.

Rosheen Khan: Most people dream of reaching the skies; but that was not the case with Rosheen. Coming from an agricultural background where female education is usually considered secondary, she was the first woman to graduate with a Bachelors degree and actually get a job. With years of struggle, she found herself exploring a whole new world of deep seas, conquering depths of the ocean. Delving into the water world, Rosheen Khan became Pakistan’s first female scuba diver in 2009. The trailblazer believes in promoting the sport so that people can also dive into the fascinating underwater world. 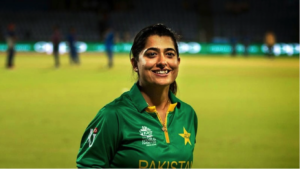 Sana Mir: Sana Mir always had the spirit of a champion and a passion for cricket. Following the advice of her father, Sana’s career took a 360-degree turn from engineering to the cricketing. Possessing strong sportsmanship, she serves as the captain of the Pakistan National Women’s Cricket Team. Ranked sixth in One Day International bowlers in the world, she has brought home two consecutive gold medals in Asian Games 2010 and 2014. A role model for women empowerment, Sana Mir has instilled in young girls the passion of making their dreams come true without letting their fears rule out their expertise.

“Few people even doubted the ability of Pakistani females to play cricket or any other game at international level. But now things have improved and so have perceptions. Females are now quite confident to play different games and to choose it as a profession” – Sana Mir (source: Hilal Magazine) 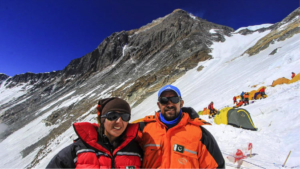 Samina Khayal Baig: Climbing her way to success, Samina ensured that her feet never touched solid ground. Born in a village in Hunza, Gilgit-Baltistan – in the northern areas of Pakistan, she started trekking at the age of four. Turning 25, she had ascended the seven summits that include the magnificent peaks of Mount McKinley, Mount Elbrus, Carstensz Pyramid, Mount Kilimanjaro, Mount Vinson and Mount Aconcagua. Making a close connection with the sweeping mountains, Samina accomplished an astounding coup of being the first Pakistani woman and the youngest Muslim woman to climb Mount Everest at the age of 21. Samina Baig is a ray of hope for young women striving to fulfill their aspirations and dreaming of making the impossible possible.

“I was representing Pakistani women. I was thinking that if I don’t make it, how am I going to encourage other women? I had to do it.” – Samina Baig (source: Los Angeles Times)

These superwomen of Pakistan continue to excel in their fields, mainly because of their passion, fearless determination and gusto. These women are not only the pride of Pakistan but great role models for young aspiring girls who look up to them and are eagerly following their footsteps.