Sarah Forde Owuor, founder of Moving The Goalposts (MTG), talks to Ananke’s Josephine Adeti about her journey in empowering girls through football. 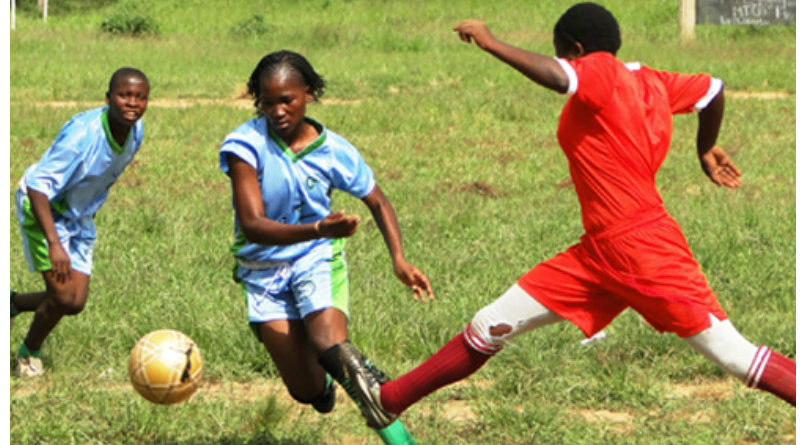 Tell us about your journey; how was Moving the Goalposts (MTG) launched and what was your source of inspiration?

I worked as a radio presenter, producer and reporter for the BBC world service, BBC Radio Four and BBC Radio Five; covering the women’s football World Cup in the United States in 1999 before I came to Kenya as a volunteer. At that time, many girls in Mnarani (a coastal town) were not enrolled in school. My friend and I came up with the idea of forming Moving the Goalposts to address the issue. I was a trained football coach. Together with a committed group of teachers, researchers and some members of the community, MTG was formed.

What does MTG involve?

Moving the Goalposts uses football to empower girls in Kilifi and Kwale Counties in Kenya. MTG’s aim is to have a more inclusive, just, and peaceful world where girls’ and women’s full human rights are realized and protected. We focus mainly on sexual health, reproductive rights health and choice. We target girls between nine and twenty five years of age to participate in tournaments and on-going leagues. MTG is known to be an innovative unique sport and development project for girls and women.

How is football a source of empowerment for girls?

AT MTG, girls are encouraged to take up leadership roles in their communities. There is a peer led health education program, which gives girls opportunities to learn about their rights and to claim them. Girls are given information about their health and are offered counseling. Economic empowerment program helps improve their livelihood. 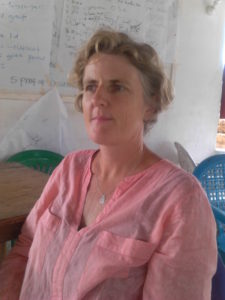 Why do you think many girls shy away from football?

I don’t think girls are shying away from football. Many don’t like to play it as a sport. Sometimes, parents may prevent their girls from playing the game but it doesn’t happen often.

What do you consider as your greatest achievement so far?

In 2007, you had a project that entailed providing affordable sanitary pads for girls in East Africa, How did it go?

Yes, we were working hand in hand with Professor M.K. Musaazi at the Makerere University in Uganda. We wanted to start a social enterprise to produce affordable sanitary pads made of papyrus grass. We intended to sell them at half the price of sanitary pads in Kenyan market, but unfortunately papyrus wasn’t available in Kenyan coast. The cost of transporting papyrus plus the technology required made it impossible for us to sell the pads at the price we had intended. In the end, we would force sell it at the normal prices in the market, which wasn’t profitable, hence we abandoned the project. It still pains me to see girls missing school, unable to play football because of lack of sanitary towels. Others are even forced to exchange sexual favors in order to buy these indispensible commodities.

What is your opinion about women empowerment? What do you think is holding many women back from achieving their full potential?

Structures in culture discriminate against women, social norms have led us to believe there are some things we can’t do. We are “strangled” by what other people think about us.

What do you think the community; government and non-governmental organizations should do to promote football among the female gender?

The best way to promote football is through schools. Unfortunately, many educational institutions do not even have a playground. The government needs to create such facilities and allow girls to play football.

Tell us about your career in writing, the books you have written

I have written three non-fiction books, the first one “Playing by Their Rules “ published in 2008 is about coastal teenage girls in Kenya talking about life, love and football. Ford Foundation, one of our major sponsors knew I was an experienced journalist and a writer so they asked me to write my experiences with the girls and I did. The second book, “Let me Tell You” published in 2011 by Story Moja is an improved version of my first book. It is available in various bookshops in Kenya and also online as an e-book. My third book “Do not let it break you” is about personal stories on gender-based violence. I wrote for GIZ (Deutsche Gesellschaft für Internationale Zusammenarbeit (GIZ), Germany’s leading provider of international cooperation services) and I wrote it together with the late Magaret Ogola.

To people who have identified a pressing problem in their communities and they wish to begin an initiative that offers a solution, what advice do you have for them?

Just do it! There is no prescribed formula. You will learn along the way. When I began MTG, I wasn’t experienced in starting and running organizations but I just did it. So just do it.

Rise of the Phoenix