The Year In Review: A Woman’s Perspective

Garnet Achieng Oballa, Mardiya Siba Yahaya, Sara Hassan, Habiba Wael and Josephine Adeti list some of women’s highs and lows in 2016 as we take a look back at the status of women empowerment over the past one year. 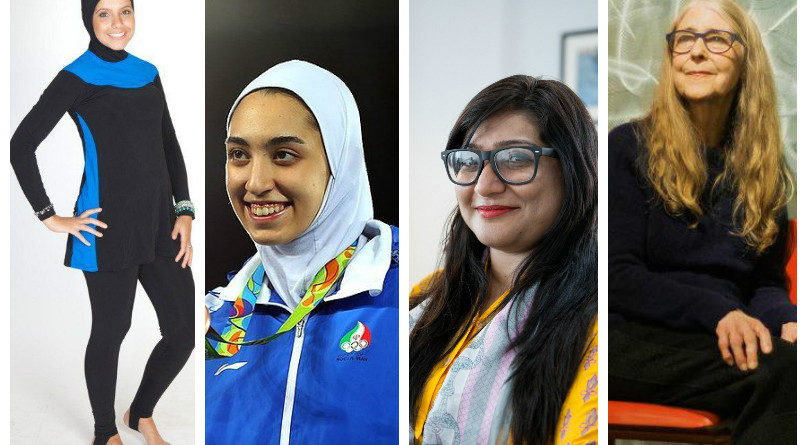 From Olympics to the US General elections, 2016 was quite an eventful year. As with all eventful years, there was the good, the bad and the ugly. This was no different with women issues.

This year, as politics took the forefront of world news with stories ranging from the Syrian civil war to the US general elections, women were not left behind. As of September 2016, 10 women were serving as Head of States in different countries of the world and 9 were serving as Head of Government. By June 2016 only 22.8 per cent of all national parliamentarians were women, a slow increase from 11.3 per cent in 1995 according to a report by United Nations. Rwanda had the highest number of women parliamentarians worldwide with women holding 63.8 per cent of seats in the lower house. 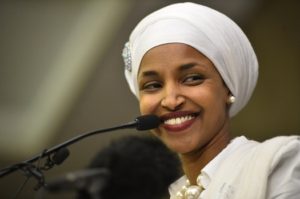 In the world of international politics, women played vital role in 2016 and this year also saw some new emerging talent. Like the lawmaker, Ilhan Omer, has broken barriers to be elected as first Somali American Muslim Minnesota House Representative. Hillary Clinton was Democratic Party’s first female nominee for the President of United States in the 2016 election and although she lost the election to Donald Trump yet she was able to secure the popular vote. Fayumo Dayib announced her intention to contend for Somalia’s presidency, making her the first woman to do so.

This year while Ameenah Gurib was elected as the first female president of Mauritius, many other female politicians were not as successful. . In South Korea, President Park Gyeun-Hye was impeached because of an alleged corruption scandal. Similarly, in Moldova Mala Sandu lost to Igor Dodon. Notably both elections were marred with misogynist rhetoric. Mala faced criticism from both the church and her opponent for the fact that she was a ‘single’ woman. 2016 proved to us that it is possible for a woman to be qualified for a job but still be over looked because of her gender.

In policy, the world celebrated when Gambia banned Female Genital Mutilation making it a huge win for young girls and women everywhere. More applaud was seen when Malawian chief Theresa Kachindamoto broke about 850 child marriages and sent the girls back to school. Her efforts bore fruit when UN Goodwill Ambassador Emma Watson visited Malawi and met with traditional chiefs and girls who had been sent back to school. Her visit aimed to shine a global spotlight on the need to end child marriages.

On a negative note, France stole the headlines for attempting to ban the Burkini, a type of swimsuit that covers the whole body, citing the ban as an anti-terrorism measure. While the law was not passed, the issue brought to light the struggles women faced in 2016 regarding their choice of dress. This issue was further aggravated when a Saudi Arabian girl walked out without her hijab, posted her picture on Facebook and received death threats for her actions. 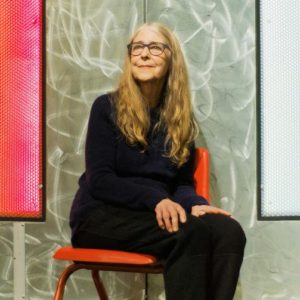 Women in STEM related fields were not left behind in the wave of achievements. While there were no female winners for the Nobel Peace Prize, Apollo code developer Margaret Hamilton received the Presidential Medal of Freedom among 21 other recipients. The Presidential Medal of Freedom is the highest honor that can be accorded to regular citizens who have made particularly praiseworthy commitments to the national interests of the United States. She is a former MIT head of Software Engineering who led the development of on-board flight software for NASA’s Apollo lunar and command modules The award was presented on November 22nd in the White house by president Barack Obama.

There was more good news as the number of female students enrolling in STEM courses at Michigan State University went up from 18% to 21%. This is necessary in breaking the stereotype that women do not belong in STEM fields.

On the low side, members of the US women’s soccer team filed a federal complaint against the US Soccer of wage discrimination citing that they earned as little as 40% of what their male counterparts earned yet they generally performed better. This shows just how grave the fight for equal pay is, where even when women perform better they are paid amounts less than their male counterparts for equal amount of work done.

For Muslim women all over the world, 2016 was quite a rough year with the rise of Islamophobia. There was a 67% surge in Islamophobic hate crimes with women targeted by attackers who verbally assaulted them and sometimes even pulled off their hijabs. Despite this, Muslim women rose above the rhetoric and posted some great achievements. For one, Ibtijad Mohammed became the first woman to compete in the Olympics while wearing her hijab and won a bronze medal in fencing. The Egyptian volleyball team became the first team to play for the Olympics while wearing hijab. Nura Afia, a beauty blogger, became the first hijab-wearing model and ambassador for CoverGirl in the company’s effort to promote inclusivity in the beauty industry. 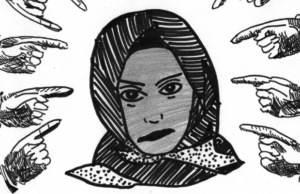 Media titan and founder of MuslimGirl.com, Amani al Khatatbeh, published a book ‘Muslim Girl: A Coming of Age’. MuslimGirl.com is a site that addresses issues Muslim girls in the west face. In the book she covers labels on Muslim women living in the west, bluntly writes her observation on the myth of the submissive Muslim woman and the kids who had to bear the burden of 9/11.

In 2016, honor killing was one particular woman-centric issue that gained much media attention. A devastating international phenomenon, it is widespread in Pakistan as according to a recent report 25 percent of total honor killings in the world happen in Pakistan. Human Rights Commission of Pakistan reported 1,096 women were killed for ‘honor’ in 2015 and this year again a huge number of cases have been recounted. Sharmeen Obaid Chinoy made headlines all over the world this year after winning her second Oscar for the film, A Girl in the River – The Price of Forgiveness, which highlights the issue of honor killings in Pakistan. In her acceptance speech, she said that after seeing the film, Pakistan’s Prime Minister Nawaz Sharif has vowed to change the law on honor killings. Then later in the year, the brutal honor killing of social media sensation, Qandeel Baloch, by her brother brought this rising issue again to limelight in Pakistan. So, Pakistani Parliament for the first time unanimously approved anti-honor killing and anti-rape bills which was a huge achievement for Pakistani women. Under the new law relatives of the victim would only be able to pardon the killer if he is sentenced to capital punishment. However, the culprit would still face a mandatory life sentence of twelve-and-a-half years.

Another accomplishment by Pakistan this year was the launch of first Cyber Harassment Helpline; a brainchild of Nighat Dad. She is Pakistani lawyer, Internet activist and founder of Digital Rights Foundation which helps Pakistani women fight online harassment. She was also awarded the Atlantic Council Digital Freedom Award for 2016 and Dutch government’s Human Rights Tulip award 2016 and received it recently on December 10th – Human Rights Day.

All in all, this year was marked with lots of women centric events both the good and the ugly and we hope that 2017 will turn out to be a much better world for all women.

On Cyber Violence Against Women