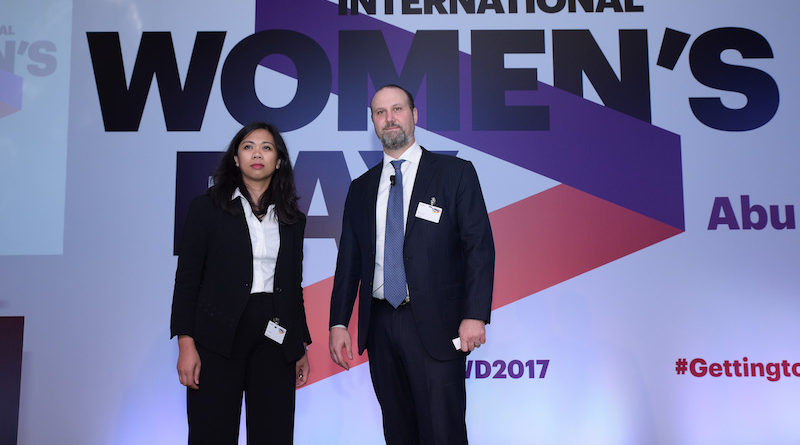 Abu Dhabi (UAE) March 9th, 2017: Women graduating from university in developing markets in 2020 could be the first generation to close the gender pay gap in their lifetimes, according to new research from Accenture (NYSE: ACN).

The report, Getting to Equal 2017, reveals that, within decades, the pay gap could close if women take advantage of three career equalizers and if business, government and academia provide critical support.

With these changes, the pay gap in developed markets could close by 2044, shortening the time to pay parity by 36 years. In developing markets, the changes could cut more than 100 years off the time to reach pay parity, achieving it by 2066 instead of 2168.

“The future workforce must be an equal workforce. The gender pay gap is an economic and competitive imperative that matters to everyone, and we must all take action to create significant opportunities for women and close the gap more quickly,” said Omar Boulos, regional managing director of Accenture in the Middle East and North Africa.

Accenture’s research found that, globally, a woman earns an average $100 for every $140 a man earns. Adding to this imbalance is the fact that women are much less likely than men to have paid work (50 percent and 76 percent, respectively). This contributes to a “hidden pay gap” that increases the economic inequities between men and women: for every $100 a woman earns, a man earns $258, the research shows.

The research also identifies several critical factors that affect a woman’s ability to achieve equal pay as early as university. Female undergraduates in the United Arab Emirates (UAE) are currently less likely than their male counterparts to choose an area of study that they believe offers high earning potential (37 percent vs. 42 percent), have a mentor (69 percent vs.70 percent) however women show greater interest then men in aspiring to senior leadership positions (67 percent vs. 62 percent). Additionally, young women lag in adopting new technologies quickly (58 percent vs. 71 percent) and in taking coding and computing courses (83 percent vs. 93 percent).

The report, which builds on Accenture’s 2016 research on closing the gender gap in the work place, offers three powerful accelerators to help women close the pay gap:

Digital fluency – the extent to which people use digital technologies to connect, learn and work

Applying these career accelerators, combined with support from business, government and academia, could reduce the pay gap by 35 percent by 2030, boosting women’s income $3.9 trillion.

“Gender equality is an essential element of an inclusive workplace, and this extends to pay,” said Pierre Nanterme, Accenture’s chairman and CEO. “Business, government and academia all have an important role to play in closing the gap. Collaboration among these organizations is key to providing the right opportunities, environments and role models to lead the way for change.”

Accenture surveyed more than 28,000 women and men, including undergraduates, in 29 countries. The sample included equal representation of men and women, representing three generations (Millennials, Gen X and Baby Boomers) across all workforce levels at companies of varying size. The margin of error for the total sample was approximately +/- 0.6 percent.

Survey data was analyzed using econometric modelling to identify drivers of pay equality and career advancement and then combined with published data on education, employment, leadership and research from the World Bank, the OECD, World Economic Forum and the UN to then explore the potential impact of measures to improve equality. The pay gap calculations are based on Accenture’s economic model, which takes into account the lower percentage of women than men in paid work.

Accenture (NYSE: ACN) is a leading global professional services company, providing a broad range of services and solutions in strategy, consulting, digital, technology and operations. Combining unmatched experience and specialized skills across more than 40 industries and all business functions – underpinned by the world’s largest delivery network – Accenture works at the intersection of business and technology to help clients improve their performance and create sustainable value for their stakeholders. With more than 394,000 people serving clients in more than 120 countries, Accenture drives innovation to improve the way the world works and lives. Visit us at www.accenture.com.