Why women in tech matter – bringing the message to #SXSW 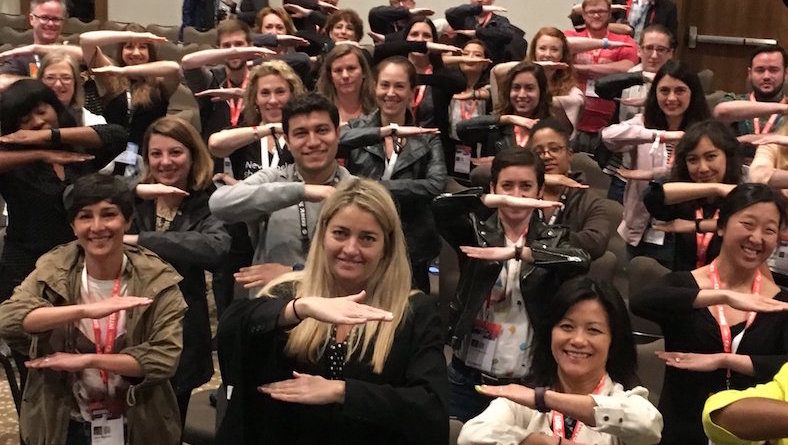 This article was originally published on the ITU Blog.

What does a 14-year-old teenager from Ireland, an engineer from Nigeria, an executive from France, a tech entrepreneur from Texas, and a Hollywood actor have in common? They all support the EQUALS vision for gender equality in tech!

At South by Southwest (SXSW) this week, a diverse group of men and women from around the globe came together to discuss an important topic: Why Women in Tech Matter.

As a special surprise to the audience, a sneak-peak message of support from Academy Award-winning actor, Geena Davis, was screened at the session.

“With technologies like the Internet and Social Media, our world is rapidly changing, and we need to make sure that women are fully included,” said Geena Davis in the newly released EQUALS campaign video.

As the founder of the Geena Davis Institute on Gender in Media, she is working to engage, educate, and influence content creators and audiences about the importance of gender balance in media. And she was not the only celebrity at SXSW to lend their voice to this cause.

The European Union’s 2015 Digital Girl of the Year, Niamh Scanlon, also known as the CoderDojo ‘Ninja,’ inspired the Austin crowd with her message, “coding is definitely not just a boy’s thing.”

This sentiment was echoed by the inspiring Unoma Okorafor, ITU and UN Women’s 2016 GEM-TECH Award winner for her work to promote Science, Technology, Engineering and Math (STEM) education for girls. She highlighted the incredible opportunities for women in tech, not only in Nigeria but also across Africa. And she knows some great ways to get girls interested in tech. Through her organization, WAAW Foundation, she has impacted over 20,000 girls with science and technology education.

“We need to make sure that women have a seat at the table,” said Unoma. We also need to “…provide girls with strong role models of other successful women in STEM, ensuring that these narratives do not conform to stereotypes.”

UN Women’s Deputy Executive Director Yannick Glemarec, a true He for She advocate, highlighted the work of UN Women to engage men in the topic of gender equality. He also talked about the co-benefits of technology and gender equality and the incredible possibilities that technology has to bring opportunities to women across the globe – especially in education. He showed how ICTs can help break isolation and create economies of scale that would directly benefit women.

He was joined by tech entrepreneur, Whurley, who reiterated the need to engage the industry and leverage new technologies to promote equality. “This is about all of us coming together to say we are equals,” said Whurley.

As I reflect on the International Women’s Day celebrations of the past week and gear up to attend the Commission on the Status of Women (CSW61), I am proud of the progress we have made towards gender equality. But I know that our work will not be done until every woman and girl has equal opportunities in this world.

I am invigorated to continue the work of EQUALS, and to engage companies, governments and organizations to join ITU and UN Women’s Global Partnership for Gender Equality in the Digital Age, to promote equal access, skills and leadership and entrepreneurship for women in tech. I hope you will join us!

Bio: Doreen Bogdan-Martin (@DoreenBogdan) has been the Chief of the Strategic Planning and Membership Department since  2008. She was previously the Head of the ITU/BDT Regulatory and Market Environment Division and was responsible for the programmes on Regulatory Reform and Economics and Finance.