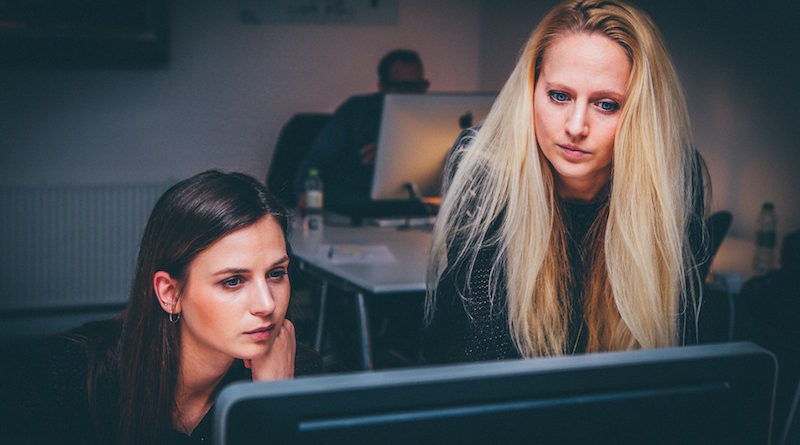 Scientific innovation is essential in all fields of life in the contemporary, globalized world. The Science, Technology, Engineering, and Mathematics (STEM) workforce is crucial to the world’s economic competitiveness and innovative capacity.

Ironically, women who make up approximately 50 percent of the workforce of the developed world are disproportionately absent in this field. According to the surveys conducted by U.S. Department of Commerce (2011), women only hold 25 percent of STEM jobs in the USA. Quite interestingly, women with STEM jobs tend to earn 33% more than women in non-STEM jobs, which minimize the gender wage gap in these jobs.

A number of factors might have contributed to gender disparities in STEM: dearth of appropriate training programs for females, gender stereotyping, lack of family support, peer influence, and absence of female role models in STEM.

Dasgupta and Stout (2014 – Girls and Women in Science, Technology, Engineering, and Mathematics: STEMing the Tide and Broadening Participation in STEM Careers. Policy Insights from the Behavioral and Brain Sciences , 1 (1), 21-29.) evaluated that four types of programs can fix the under-representation of women in STEM at basic level: collaboration between K-12 schools, science museums and STEM departments in colleges and universities, and organizing informal STEM learning environments, after school activities and summer camps.

In the midst of rapidly growing health, digital, and research areas in the UAE, weSTEM, the women in STEM organization at NYU Abu Dhabi, is working to build a STEM community in Abu Dhabi that reflects the diversity of the UAE.

Brooke Hopkins, the co-coordinator of weSTEM at NYU Abu Dhabi, explained how exciting it is to be studying and working with women in STEM in a country as unique as the UAE. “In such a cosmopolitan and evolving environment, the role of women in science is in flux,” she says.

The UAE government has realized the importance of engaging more women in STEM and has made it their priority. In tertiary education in the UAE, nearly 60 percent of women are opting for STEM subjects, according to a 2014 Economist Intelligence Unit report. Furthermore, the Economist also states that there is a reverse gender pay gap in the UAE, which means women actually earn more than their male counterparts. That being said, the UAE, like the rest of the world, still has a long way to go before there is equal representation in the work force.

“weSTEM at NYU Abu Dhabi has an incredible opportunity to both learn from the success of the UAE and impact the future of women in this region,” remarks Brooke.

Further explaining, “weSTEM has a threefold approach. It aims to include more women in STEM by inspiring young girls, supporting female students at NYUAD in their career aspirations, and creating a community of women in STEM in Abu Dhabi. They encourage young high school girls to take part in STEM activities. For this purpose, they arrange workshops and conferences for high school girls throughout the year to get them excited about their career prospects with a STEM degree. Girls are encouraged to take part in fun activities and projects in the Science, Engineering, and Interactive media departments at NYUAD.”

weSTEM aims to assist girls already pursuing their degrees in STEM by establishing mentorship programs whereby university students are paired with upperclassmen with the same interest to support them in research and career counseling.

“weSTEM has a threefold approach. It aims to include more women in STEM by inspiring young girls, supporting female students at NYUAD in their career aspirations, and creating a community of women in STEM in Abu Dhabi.”

Talking more about the initiative, Brooke explains, “Further, weSTEM sends existing NYUAD students to spend a semester in New York to connect them with the resources and initiatives available there. weSTEM organizes panels and workshops to facilitate STEM graduates in finding and applying for their summer internships as well as postgraduate opportunities.”

On March 4, 2017, weSTEM hosted one of the largest conferences for high school girls in STEM in the UAE. weSTEM reported that there was overwhelming interest in the conference from local high schools, and there were two applicants for every girl at the conference. This manifests the city’s interest in engaging more women in STEM.

WeSTEM believes the best place to start is to excite young girls about science and technology, and the conference was a huge success from this perspective.

“I had girls coming up to me after workshops asking how they could experiment with the technology when they go home, and that is exactly what we are trying to achieve. This excitement for learning is what is going to truly drive change in the UAE,” says Brooke.

The high school conference is just the beginning of the weSTEM initiatives. Next year weSTEM is hoping to expand their conference to reach an even greater number of high school girls.

Moreover, weSTEM is also facilitating a number of scholarships for STEM students, including: The Google Anita Borg Memorial Scholarship, Siemens scholarship, and She ++ ambassador program.

In order to make strong community of women in STEM all over the world, weSTEM also sends NYUAD students to attend conferences in all over the world; for instance, girls were sent out to attend WESTEM conference and other events in Dubai, She++ (a non-profit organization in the USA), and Harvard WECODE conference.

The world is standing at the brink of a technological revolution which will fundamentally change our way of living and working. This technological revolution has the potential to raise global economic levels and people’s quality of life, but it will also require a strong STEM workforce. This raises concerns about our preparedness for STEM jobs. Women’s inclusion in the STEM workforce is essential to tackle the upcoming challenges of another tech revolution. Providing learning environments and professional training can foster women’s participation in STEM better than any other “remedy.” NYUAD is helping contribute to the society by changing the way women’s roles are conceptualized. They are not only addressing the issue at a basic level by fostering STEM interest among high school girls, but also assisting them in their professional development. Such outstanding endeavors are needed to combat gender disparity in the STEM workforce.

‘Powering up’ women via financial literacy