Sima Haroun, Member of Entrepreneurs’ Organisation and Founder of Boom & Mellow writes about female entrepreneurs in the Middle East. 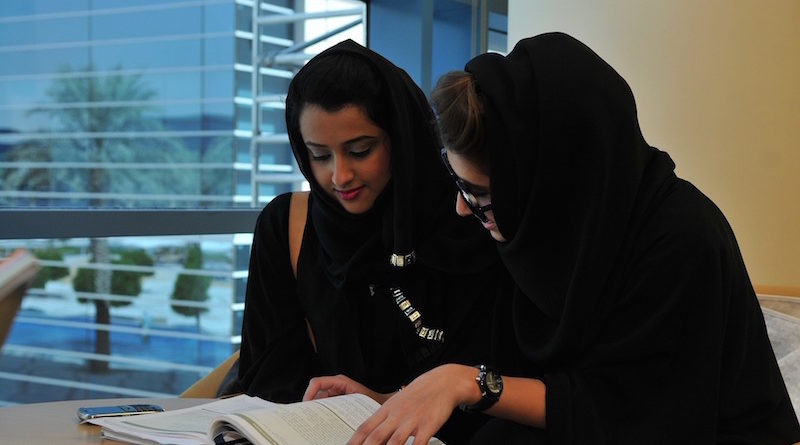 Setting up a successful business and working for yourself is the dream career for many, but a combination of innovation, vision, organisation and trusting your instinct is what makes a successful entrepreneur.

Women in the UAE are leading entrepreneurship into a new era of enrichment as more females are coming forward to turn their ideas into triumphant business models. According to the UAE Ministry of Economy, women contribute nearly half of the UAE’s SME sector. The importance of a woman’s role in society, politics, education, and business has garnered increasing recognition in recent years.

Better than most, female entrepreneurs understand the challenges that the contemporary female workforce face each day. In the Middle East, only 7.6% of women are early-stage entrepreneurs compared to 11.8% of men. Although there has been a gradual increase in the number of women running businesses in recent years, female entrepreneurs still face considerable barriers on their path to success. Many women, for example, still struggle to access equal financing options as their male counterparts. To this day, most men I’ve interviewed in my entrepreneurial career have had salary expectations around 10% higher than their female peers.

There has also been a reported lack of coaching opportunities and networks, with a minority of women in mentorship roles in the innovation and entrepreneurial space. It will take time to address this gender imbalance therefore it remains a critical challenge. That being said, the UAE is making strides in this sector and is ranked as a leader in gender equality in the region, according to the World Economic Forum’s 2014 Global Gender Gap report.

The UAE is a fast-growing country with a strong economy, so getting ahead in business can often be easier here than elsewhere in the world. There are many opportunities available to young talent with entrepreneurial vision, and the SME landscape has evolved to a state that makes starting your own business a lot more accessible. With co-working spaces available across the emirates and access both online and in person to freelance talent, business owners no longer have to worry about the hassle of hiring staff and renting office space when they’re not quite in the financial position to do so.

Women in the UAE are leading entrepreneurship into a new era of enrichment as more females are coming forward to turn their ideas into triumphant business models. According to the UAE Ministry of Economy, women contribute nearly half of the UAE’s SME sector. The importance of a woman’s role in society, politics, education, and business has garnered increasing recognition in recent years.

The social benefits of cultivating women’s standings in the workforce are not to be underestimated. Harnessing more female entrepreneurship makes sense for everyone; it would make the population richer, more productive and would reduce gender disparities. The question is what can we do to help women in the Middle East start-up industry?

The first step is for more women to recognise their own potential as entrepreneurs. Helping women become entrepreneurs and employees doesn’t just improve the lives of women, it transforms the whole economy to be more productive, more competitive and initiates a wealthier society.

There are also plenty of options for female entrepreneurs looking to make their mark. Earlier this year, the creation of the UAE Gender Balance Council was announced, which will boost the UAE’s efforts to evolve and enhance the role of women as key partners in building the future of the nation. In addition to the Gender Balance Council, there are other organisations that have been very supportive in encouraging a modern entrepreneurial spirit, such as Entrepreneurs’ Organisation, The Female Network and Dubai Women’s Business Council.

Female entrepreneurship is an important unexploited source of economic growth in almost all parts of the world. In the past several months, I’ve met several dynamic women entrepreneurs in my time in the UAE, each of whom have inspired me on several levels. One thing we’ve all agreed on is that none of us woke up one day and instantly escaped our cubicle confinement into the free world of entrepreneurship, we worked hard.

For most, the dream to be your own boss grows over time, years even, before it finally comes to fruition. Once you pass the initial fear and obstacles, the learning curve often pushes most to the brink of failure. Instead of giving up, let your desire to build, create and learn to quash fear. Develop a deep sense of passion for motivating and educating yourself to reach greater heights in business.