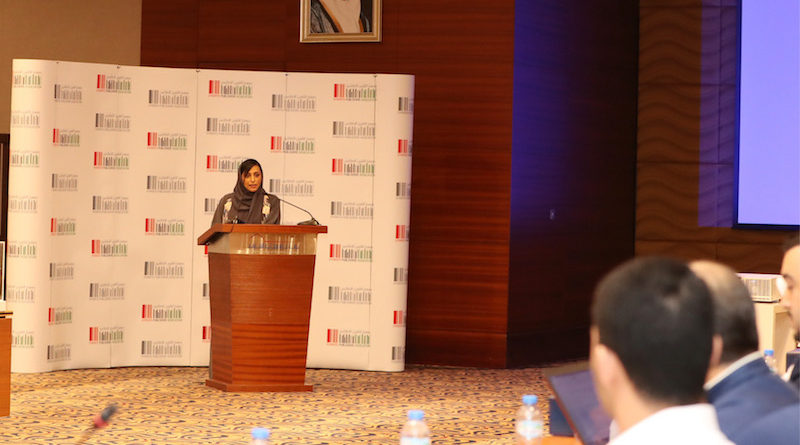 Sharjah (UAE), May 17th, 2017: In recognition of her ongoing efforts to develop the publishing industry in the UAE, Emirati publishers have unanimously elected Sheikha Bodour bint Sultan Al Qasimi, Founder and CEO of Kalimat Group, as President of the Emirates Publishers Association (EPA) for the second time. Once more, Sheikha Bodour will lead this vibrant sector which contributes AED 820 million to the UAE’s national economy.

Sheikha Bodour, who founded the EPA in February 2009, was elected during the EPA’s Sixth General Assembly, yesterday (Wednesday) at the Sharjah Chamber of Commerce and Industry. The session also saw the election of the new board for 2017-2018, and was attended by representatives of the Ministry of Community Development, who supervised the voting process.

The biennial election also saw the election of Ali Al Shaali as Vice President, Ali bin Hatem as Secretary, Mohammed bin Dukhain as Treasurer, and Nooh Al Hammadi as Board Member of EPA.

Under the tenure of Sheikha Bodour Al Qasimi, the EPA has achieved many major milestones, most notably in 2012, for gaining full membership of the International Publishers Association (IPA), one of the world’s most influential publishing associations, and was then elected as the first Arab woman to serve on the Executive Committee. 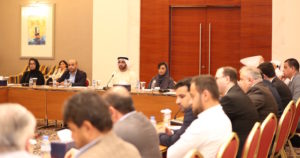 Sheikha Bodour’s efforts and strong relations with publishers’ associations and unions around the world, helped the EPA to establish itself as a pioneering voice for the growth and development of the publishing industry in the UAE, GCC and wider Middle East.

Sheikha Bodour entered the publishing field in 2007 when she founded Kalimat Publishing, the first Emirati publishing house dedicated to publishing quality Arabic titles for children. Thanks to her long-term vision, Kalimat publishing grew to become ‘Kalimat Group’ in 2013 and comprised a number of imprints including ‘Horouf’, which aims to develop innovative educational programmes that support learning in the Arabic language; ‘Rewayat’, dedicated to publishing books for readers of all ages; and ‘Maktaba’, a cultural café dedicated to children.

Since its inception, Kalimat has gained widespread prominence on the Arab cultural landscape, winning several awards in recognition of its efforts to advance Arabic children’s literature. Kalimat recently won the Sheikh Zayed Book Award 2017 in the category ‘Publishing and Technology’. After being nominated twice in the category of ‘Best Asian Publisher Award’ at the Bologna Children’s Book Fair in 2013 and 2014, Kalimat Group received the title outright in 2016. Kalimat was also on the shortlist at London Book Fair’s International Excellence Awards 2014.

Sheikha Bodour is the founder and Patron of the UAE Board on Books for Young People (UAEBBY), and in 2009 she launched the ‘Etisalat Award for Arabic Children’s Literature’, the largest and most prestigious children’s literature award in the Arab world. In 2014, she also launched the ‘Read to Syria’s Children’ initiative to alleviate the suffering of Syrian refugee children, and inaugurated a 3,000-book children’s library, the first of its kind for Syrian refugees.

Sheikha Bodour is also the Head of the Organizing Committee of Knowledge without Borders (KwB), which distributed free home libraries to more than 42,000 Emirati households. In February 2016, KwB also launched the ‘1001 Titles’ initiative under the slogan ‘Nurturing Talent to Enrich Content’, which aims to publish 1001 first-edition Emirati titles in 2016-2017, in conjunction with the UAE ‘Year of Reading’, to boost the nation’s cultural and intellectual output.

Sheikha Bodour’s extensive efforts and her participation in numerous international book fairs has enabled her to raise international awareness of the status of the UAE’s publishing sector, and highlight the country’s ongoing support to culture and the book industry.

Due to Sheikha Bodour’s tireless work, Sharjah hosted the largest gathering of publishers, literary agencies and publishing professionals in the Arab world at the 3rd Arab Publishers Conference in November 2015 and she was pivotal in presenting the Emirates Reproduction Rights Forum in Sharjah in February 2017, which highlighted enhancing and protecting creativity.

Established in 2009, the Emirates Publishers Association seeks to serve and develop the UAE’s publishing sector, improve the conditions and laws relating to publishing in coordination with the related authorities concerned with publishing in the UAE and enhance the role of publishers through providing them with the most efficient training programs.