Of Women, Manels And Gender Stereotype in Pakistan

Sabin Muzaffar shares her opinion about the recently concluded event, Jazz Digimark 2017, with zero representation of women voices on the speakers' list. 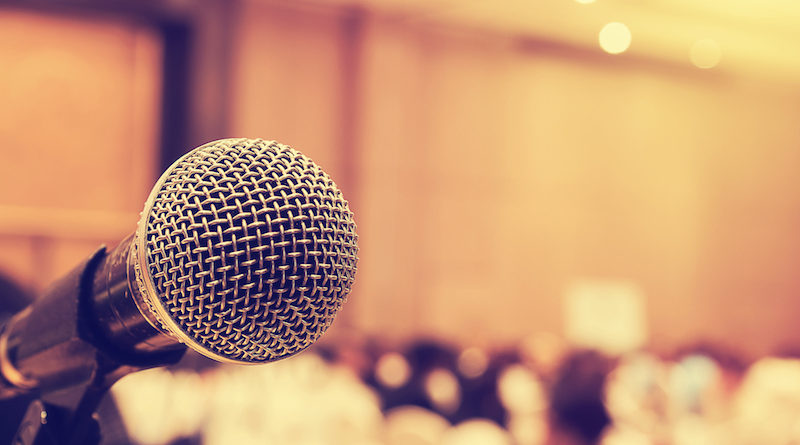 Women are one of the biggest emerging (and continuously growing) consumer markets in the world – online and off – with their impact in the next decade on global economy as significant as India and China to say the least. While women are now being touted as the third billion, there are some who are seemingly either in utter denial or refuse to acknowledge this global, regional and even national phenomenon.

None can deny the internationally held view, whether it is the world of tech, public or private sectors, corporate arena, humanitarian work – literally anything under the sun – that inclusion and women’s participation makes good sense – business or otherwise!

According to EY: “Tapping into women’s economic potential would be equivalent of having an additional one billion individuals in business and in the workforce, contributing to the global economy and stimulating growth.”

What is more important to realize is that women representation – be it on boards, decision-making scenarios, as well as exhibition and conferences – is key to tapping into their potential, garnering progress through diversity.

This brings us to a recent conference, Jazz Digimark 2017, held in the metropolitan city of Lahore, Pakistan on August 17-18, 2017 that was devoid of diversity. Hailed as a must-visit event, the international affair was hyped by local dailies as the annual flagship event for uplifting the digital industry of Pakistan.

What is more important to realize is that women representation – be it on boards, decision-making scenarios, as well as exhibition and conferences – is key to tap into their potential, garnering progress through diversity.

In its sixth year, the event was truly grand with corporate and digital giants such as PTCL, Jang Media Group, Careem, OLX, TEC and many more either sponsoring, participating or exhibiting at the event.

The Jazz Digimark 2017 conference also boasted some of the biggest names in the Pakistani digital, tech and/or the corporate world including Dr. Umar Asif – Chairman Punjab Information Technology Board (PITB), Adnan Shahid CCO Pakistan Telecommunication Company Limited (PTCL), Amir Ibrahim CEO Jazz, and the list goes on. The only problem was – among the 17 speakers, there was not one female on the panel!

This was reminiscent of last year when the same ‘mistake’ – as some justify – happened in the Jazz Digimark 2016. Even then, it was a concern raised by Circle’s (a social enterprise focused on furthering women economically in Pakistan) Sadaffe Abid. In one of her comments on social media, Sadaffe opined: “This is pretty stunning to see not a single woman on this conference! CIRCLE started the Elevate campaign last year where we now have 1000 pledges to include women on panels, forums and committees. Diversity boosts the bottom line and solutions/ideas can only be sustainable when they include perspectives of men and women. We call for women’s representation in finance, tech, business, leadership and all such areas where women are participating as well as leading. We have also built a database of 200 women experts in different fields to suggest names when organizers say I invited Y and she was traveling and Z was unavailable.”

Adding she said: “What can you do? One: Tag on social media pictures with NO women under #manels #WhereAreTheWomen #ElevatePak These are also global hashtags except for #ElevatePak which we coined. Second, write to conference organizers asking them to include diverse speakers. Third, make your voice count when you attend such a session and ask speakers/organizers to be inclusive. Fourth, we urge speakers not to attend all male panels and always inquire who else is on the panel. If a #manel, suggest women speakers.”

In a reprinted USA Today news-story, Nancy Kaffer – a columnist at the Detroit Free Press has rightly said, “to construct a conference almost entirely devoid of women isn’t accidental. Or, rather, it’s only accidental if reflecting the diverse viewpoints of the community you aim to serve doesn’t matter.”

What is so great about this new day and age is that issues raised once can not only be ‘re-called’ and documented digitally but concerns can be vocally, vociferously highlighted on social media. This was actually the case when eminent Pakistani women including Women’s Digital League’s Maria Umer, techpreneur and educator Faiza Yusuf and others noticed this ongoing and repetitive issue. Complaining directly on Jazz Digimark’s Facebook page, Maria commented: “ Last year the debate started about inclusion of women and you guys (Digimark) made the excuse of not knowing any women that could be relevant to the panel. We sent you names then too. But then you do it again.”

The issue at hand is actually about female representation on panels. What was seen and even in the images of speakers circulated on the web by the event organizers merely showcased male speakers. Not only did it prove zero representation of one of the biggest markets for Digimark, it explicitly demonstrated stark discrimination and initial refusal to acknowledge their grievous mistake.

Replying to Maria and other complainants, Digimark did reach out to comment: “If you have witnessed the DIGIMARK since its inception and followed it over the past 6 years of it’s performance you can clearly see that we have many women come up and speak on behalf of their organizations. We don’t allow discrimination of genders in workplace neither we support it. Our team members, our volunteers, our speaker lineups are carefully curated to deliver the best possible experience to the industry and attendees who are there to learn from the experiences of the industry leaders, whether they sponsor or not. Sponsoring is totally another story and it does help in organization like us to stay afloat but that doesn’t justify your finger pointing to the fact that we don’t encourage women to come up and share their company’s success with all. Here you can see a glimpse of the Digimark 2015 and 2016. Great and amazing women’s from Google, Jazz, Daraz, HBL Bank, Bareeze, Soloinsight and except Jazz non other were our sponsors till date. We hope this answers your question and would like you to know more about our organization before you raise any concern, which impacts our image. Thank you.”

While presenting their case (read: mansplaining), the entity completely dodged the question that was raised, why no women were on the speakers’ panel?

The issue at hand is actually about female representation on panels. What was seen and even in the images of speakers circulated on the web by the event organizers merely showcased only male speakers. Not only did it prove zero representation of one of the biggest markets for Digimark, it explicitly demonstrated stark discrimination and initial refusal to acknowledge their grievous mistake.

Digimark, however, did apologize in the end when it was pointed out to them that the idea of the discourse was about acknowledging and then seriously rectifying the issue.

The problem about having women on the panels may seem to many, as whimsical – women creating fuss over things unnecessary, there are some who assume women’s input is rarely of any value while others justify by saying that ‘any gender can understand the other and a man or a woman can equally market, sell or create a product so it may not be a necessity to have representation as it usually descends into embracing clichés.’

It is not only for us women to stand and raise voice against biases and stereotype, it is actually men’s responsibility as well to support and be the voice of reason – which they claim to be. After all, it’s just good business! Regardless of what the gender, stereotypical mindset there is – be it in Pakistan or elsewhere in the world – the idea is to have representative voices equally to have a diversity of thought and imagination. Only then progress, growth and disruptive innovation can truly become possibilities.

Correction: PITB’s head’s name was spelled incorrectly,  it is Dr. Umar Asif and not ‘Umer’. The mistake is deeply regretted.