Saahas – the story of one woman, a laptop and a big vision

The Red Elephant Foundation launches a mobile app for survivors of and to facilitate by-stander interventions in case of gender-based violence. 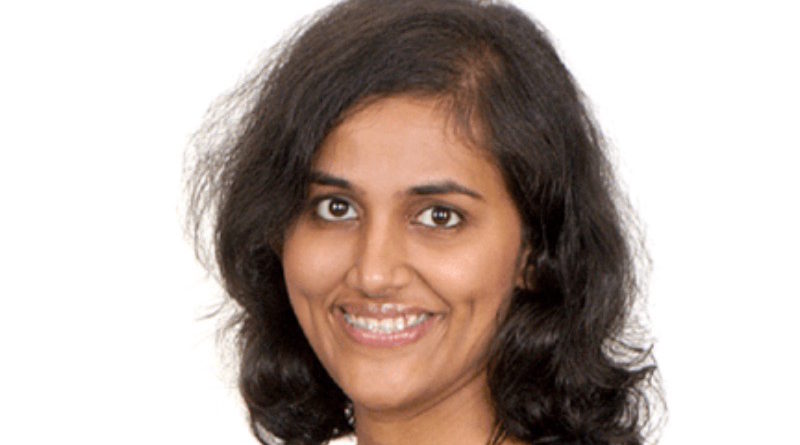 On the occasion of the International Day of Youth, the Red Elephant Foundation announced the formal launch of its mobile app, Saahas. The mobile version of the GBV Help Map, Saahas is a tool for survivors of gender-based violence and for bystanders to equip themselves with resources to respond to a situation of violence.

Saahas comprises a directory of support across 196 countries, a database of guidance notes on understanding gender-based violence and ways to respond to them, and a reporting tool that helps survivors report their incidents on partner organization Safecity’s crowdmap. The directory of support comprises over 20000 organizations across 196 countries, offering medical, legal, education / employment, resources (food, shelter, clothing, emergency support), consular and refugee-specific support, police and ambulance services for women who have faced violence. The data is intersectional in its focal areas and acknowledges the needs of a survivor through an empathetic lens. It is a means for a survivor to control the trajectory of their journey – as violence is a disruption of control. It is also a means for a bystander to reach out to the appropriate support on behalf of a survivor to find help, and to help them respond to a situation.

The name Saahas, in Hindi, translates to mean “Courage.” The app recognizes that a survivor’s choice to stand up to violence and a bystander’s choice to intervene in a case of violence is an act of courage.

Survivors who have faced violence either don’t know where to go for help, or don’t have resources to find out where to go for help. Sometimes, their situation prevents them from finding help, and that can be extremely dangerous to their safety. Research by the Red Elephant Foundation found that many women couldn’t search for resources online due to search engine trails that they couldn’t always successfully erase. Furthermore, many women were unsure of the credibility of the organizations themselves. Recognizing the gap in access, The Red Elephant Foundation chose technology as a means to intervene and assist access. Saahas has been coded and structured entirely by the founder, Kirthi Jayakumar, and resources have been found, verified and placed on the map by a dedicated team of volunteers from around the world.

The heart and soul behind the app creation, Kirthi Jayakumar, explains: “I worked on putting Saahas together, myself – without a background in coding and in science. This is particularly exciting because we’re all striving for the greater goal of gender equality and putting more women into the world of STEM!”

Talking about her journey, Kirthi says: “I worked with volunteers from my team at the Red Elephant Foundation, as well as the UN Online Volunteering program. We split a massive list of 197 countries among us, and by the end of two months we had a list of 5000 organizations around the world who provided aid to women who have survived violence. After the data collection I spent each night verifying that the organizations were functional: inquiry calls to their lines, online website verification, their social media presence, and conversations with people in the areas these organizations were in.”

“Slowly as the map took shape, we realized there were entire countries that appear not to have comprehensive services. There were several segments of areas such as far Eastern Russia, parts of Central Asia and Africa that had little to no data that was accessible. It had also become apparent that we couldn’t have all the answers and find all the organizations in all cities of the world (although the aim is to get there).”

Explaining what the app’s crowdsourced map is all about, she says: “We decided to make a a crowdsourced map, where people could submit reports of organizations, that we could verify and add. I started to build the data into a crowdmap. Inspired by Harassmap and Safecity, I realized there was a sense of clarity, ease and fluidity when data is visualized – rather than a downloadable directory or a pair of drop-down menus. When visualized, data helps see where resources are inadequate – so even aid providers can establish initiatives accordingly – to cover areas that are otherwise unattended to.”

Saahas comprises a directory of support across 196 countries, a database of guidance notes on understanding gender-based violence and ways to respond to them, and a reporting tool that helps survivors report their incidents on partner organization Safecity’s crowdmap.

Little did the creator realize the immense impact, her app had triggered. Talking about it, she reveals: “When we had mapped about 97 countries, I made it live from our website. We assumed no one would notice, and went about data mining. Little did we know that impact was taking shape. A young lady in Sri Lanka was suspicious of her sister’s behavior. Her sister, married and settled for close to three years in Europe, would call home once every two weeks, seemingly normal. Eventually it became apparent to the sister in Sri Lanka that her sister in Europe was facing violence. The young lady in Sri Lanka follows our website, and in her curiosity she had stumbled onto the map. As luck would have had it, we had mapped a bunch of crisis response centers in her sister’s city. She called one, and with the help of the police, her sister was rescued.  At some point in the process I was beginning to wonder if this task made sense at all, but the universe found its way of bringing this powerful story to me at the right time.  Soon, with some research, it was apparent that only a few women would access the platform on a computer and more of them used phones. So how would I get this across to them again? Through an app, of course.”

This was the time when Kirthi decided to take another bold step. Talking about her ‘moment-of-truth’ she reminisces: “A few coders came forward to volunteer their services, but however well-meaning, time was of essence and they didn’t have enough to spare. A corporate house agreed to get on board, but like a relationship where the partners lapse into silence and walk their ways one fine day, that bond splintered. Then, I decided I would learn to code and do it myself. I wanted to this so badly, and I was willing to learn coding from scratch. With time not in my favor, I turned to a brilliant course on Coursera called “CODAPPS: MobileCoding for Entrepreneurs.” It made me cry, it drove me furiously mad, because I just wasn’t getting it. I’m always analytical and cause-effect in my thinking, but being one to work with emotions, situations and real people, I wasn’t fluent in machine.  When I realized that coding from scratch was not going to get me there as quickly, that I was terribly rough around the edges, and that while I decided I would code, I could also rely on what they call “SDK” in the coding world – i.e., software development kits. I learned about them on the course, and found this brilliant website called AppyPie. These blocks of pre-coded technology help you rely on several functionalities to put the choicest features together to build your app. It was smooth sailing, easy to understand and also gave me the flexibility to visualize things as I built it.”

Kirthi concludes by informing: “Now, the app is ready and sitting in the Google Play Store as Saahas, and is on its way to making its presence on the Apple iStore as well.”

Saahas offers a survivor and a bystander: