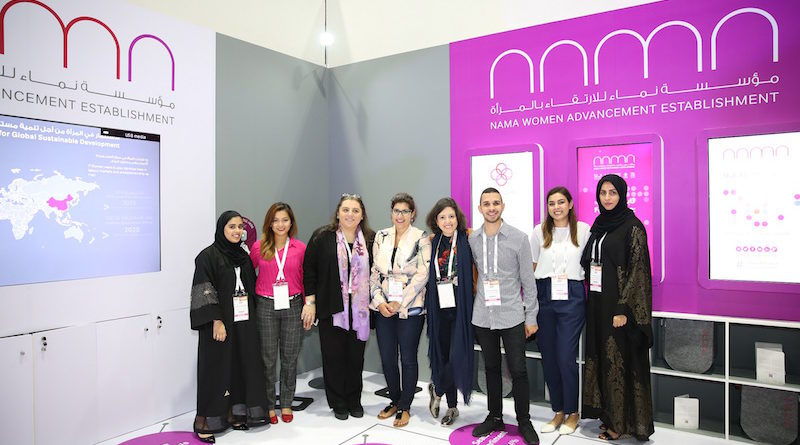 Sharjah (UAE)h, October 10th, 2017: NAMA Women Advancement Establishment (NAMA) has launched its Badiri Business Entrepreneurship Virtual Academy with 16 episodes and four e-books that aim to empower entrepreneurs and equip them with the skills to reach their highest potential. The platform was launched in partnership with Bel Pesce, a Brazilian entrepreneur and Founder of FazINOVA, on October 10, at GITEX Future Stars.

“Badiri Business Entrepreneurship Virtual Academy is under the Badiri Education and Development Platform, NAMA’s educational arm. The initiative aims to boost and showcase female entrepreneurship and develop the skills of women, thereby enabling them to successfully participate in the economy locally, regionally and globally,” said Reem BinKaram, Director of NAMA. 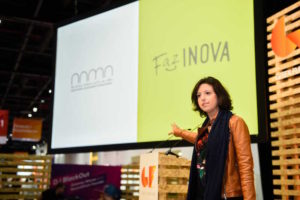 “Badiri focuses on building the capacities of women through the online ourse, which supports the development of women’s entrepreneurial and professional skills and provides them with the tools they need to successfully compete in diverse markets,” she added.

The 16 episodes will take the participants through a journey designed to have a major transformational impact on their lives and empower them to be able to face their challenges.

Pesce said, “I am very excited to be partnering with NAMA to launch the Badiri Business Entrepreneurship Virtual Academy. The videos of the course we are launching are available in English with Arabic subtitles, and in Portuguese to benefit aspiring and current entrepreneurs. The online academy is hosting resources and training programmes, as well as creating a community of empowered peers. The Badiri Business Entrepreneurship Virtual Academy is in partnership with FazINOVA, a company that I founded in Brazil with the aim of keeping people up to date in an ever-changing and dynamic world.”

Not yet 30 years of age, named BBC’s ‘One of the 100 most inspiring women in the world’, Pesce is the founder of online educational school FazINOVA. The author of four best-selling books that will be available for download through the academy’s website in Arabic, English and Portuguese. The books sold over 100,000 copies and been downloaded more than two million times.

Bel Pesce is also known for her TED talk ‘5 Ways to Kill Your Dreams’ ranked the 3rd most watched of 2015.

NAMA’s core philosophy is to raise awareness that women are an indispensable human resource for the development of every nation. NAMA was conceived to go beyond the remit of supporting women and ensuring gender equality to a broader scope that aims to see women become influential key members of society, thereby enabling them to climb the ladder of success.

GITEX Technology Week 2017, which is currently underway at Dubai World Trade Centre and concludes October 12, is seeing the participation of 4,100 exhibitors from 70 countries, with 155 exhibitors taking part in the event for the first time. The space allocated for exhibition at this year’s edition has increased 20 per cent compared to last year and the participation of local state entities has increased by 30 per cent.