Newmark Foundation Grant to Enable Research by IWMF and TrollBusters on Online Harassment of Female Journalists in US. 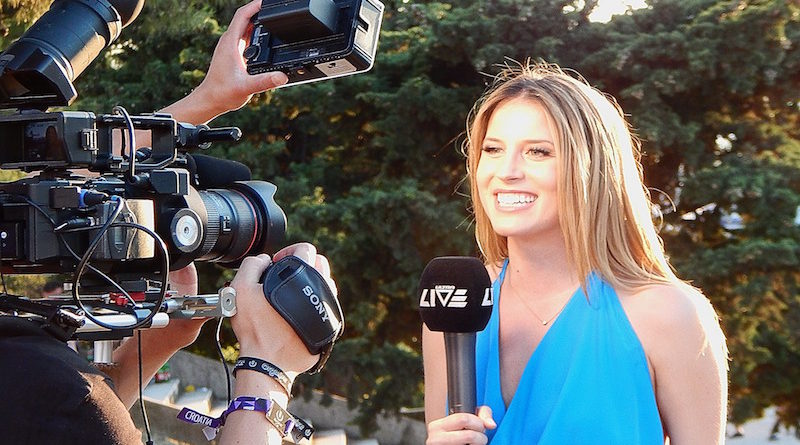 Washington, DC/Athens, Ohio (USA), October 14th, 2017: The International Women’s Media Foundation (IWMF) has just received a grant from the Craig Newmark Foundation to conduct research in the United States on online harassment of women journalists. Dr. Michelle Ferrier, founder of TrollBusters, will be the principal investigator on the project, while Fairbank, Maslin, Maullin, Metz & Associates (FM3) of California will provide survey support.

The research will enable the community to better understand the breadth and depth of how online trolling impacts female journalists – abuse that is almost always violent or sexualized in nature when directed at women – and aimed at silencing and censoring them. A Demos think tank survey from 2014 of harassment on Twitter found that female journalists receiving roughly three times as much abuse as their male counterparts. Meanwhile, the IWMF’s 2014 report “Violence and Harassment against Women in the News Media; A Global Picture,” revealed that two-thirds of those surveyed experienced acts of intimidation, threats and abuse, in person or online.

“The numbers are difficult to pin down, but this is one of the most pernicious problems facing women journalists today,” said Elisa Lees Muñoz, Executive Director of the IWMF. “We are regularly hearing anecdotes and testimonials of American women journalists experiencing a surge in online harassment. The data collected through this study will enable us to truly understand the size and scope of the problem, which is essential to mounting an effective response and supporting female journalists who live with this threat.” It is widely believed that many women do not speak up about online abuse due to fears of being ignored or that it will escalate the problem.

Ferrier has been conducting interviews with women journalists since the election to find the ways in which they build resilience following online harassment. An associate professor in the E.W. Scripps School of Journalism at Ohio University, Ferrier was honored in 2017 with the South by Southwest (SXSW) Community Service Award for the just-in-time rescue work of Troll-Busters.com and its online protection awareness, support and educational materials.

‘We are regularly hearing anecdotes and testimonials of American women journalists experiencing a surge in online harassment. The data collected through this study will enable us to truly understand the size and scope of the problem, which is essential to mounting an effective response and supporting female journalists who live with this threat.’

“We need research that illuminates the significant emotional and work stresses that online harassment places on journalists who are targets,” Ferrier said. “And that the effects on the individual and the free press have global consequences.”

The IWMF plans to release the research report in Summer 2018.

International Women’s Media Foundation: Since 1990, the International Women’s Media Foundation (IWMF) has worked to unleash the potential of women journalists as champions of press freedom to transform the global news media. We seek to ensure that women journalists worldwide are fully supported, protected, recognized and rewarded for their vital contributions at all levels of the news media. As a result, consumers will increase their demand for news with a diversity of voices, stories and perspectives as a cornerstone of democracy and free expression.

Michelle Ferrier, PhD, the founder of TrollBusters was herself a target of hate mail and online harassment. The first African-American columnist for a Florida daily newspaper, she was forced to leave her job as a columnist and online community manager after receiving threats from white supremacists. She developed TrollBusters in 2015 to provide just-in-time services to women journalists with support from IWMF and the Knight Foundation.