Sabin Muzaffar delves deep into the issue of menstrual hygiene management (MHM) and its impact on women’s empowerment. 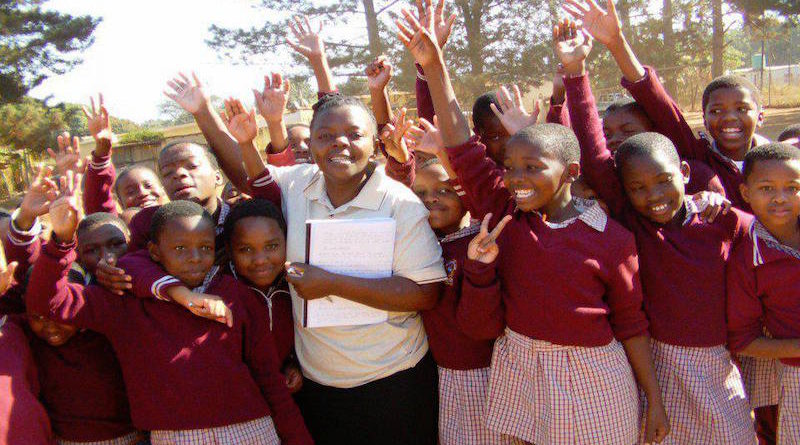 Being healthy and strong is synonymous with good hygiene, which is one of the reasons why the United Nations has adopted Good Health and Well-being as Sustainable Development Goal (SDG) 3 as well as Water and Sanitation as SDG 6. These are among the top 10 of the 17 goals to end poverty, protect the planet and secure prosperity for all! That said, achieving these and other goals are only possible through mass literacy and awareness.

Research indicates that gender plays a huge role as far as health and well being of an individual, family or society is concerned. While it is true that women do live longer than men, their lives are not necessarily healthy ones. According to World Health Organization (WHO): “Women’s health during the reproductive or fertile years (between the ages of 15 and 49 years) is relevant not only to women themselves, but also has an impact on the health and development of the next generation.”

Moreover, giving girls a healthy start in their lives is a crucial determinant of their and their family’s overall health and well-being. This includes educating the girl child about her body, providing her access to information about the various changes that take place during the different phases of her life from puberty, childbirth to menopause and old age. Lack of information, taboos and rigid social norms prevent women and girls from speaking up and sharing their views about topics like menstruation, which grievously hinder their social, physical as well as mental health.

Menstrual hygiene management is one of the most critical issues affecting women and girls that is slowly coming to light, not just in one part of the world but across the world.

However, education and awareness are not the only elements that empower the girl child as far as her well-being is concerned. While making her (and her family) see it is not wrong to talk about bodily changes and puberty, it is also important to provide her with the basic amenities of life such as sanitary pads, clean toilet facilities especially in schools and other institutions. In Kenya alone, 50 percent of school-age girls do not have access to sanitary pads, preventing them from going to school rather than facing ‘shame’ relating to issues like blood stains on clothes or worrying about menstrual leaks.

As per a UNESCO report, one in ten girls in sub-Saharan Africa miss school due to lack of information, basic facilities and even sanitary pads. A WHO article states: “It is estimated that 11.5 million women in Ghana lack hygiene/sanitation management facilities that adequately separate waste from human contact.”

Talking about awareness and the actual reality of menstrual management, women’s rights advocate in Swaziland, Nomcebo 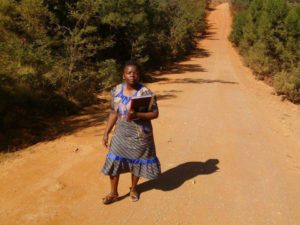 Mkhaliphi reveals to Ananke’s Melanie Bublyk: “Most of us, if not all, including me and my daughter use old newspapers, rags and leaves during menstruation. This practice is of course unhealthy and unhygienic. We are in dire need of sanitary pads to keep our girls in school. It is one of the biggest problems and a very challenging situation for women each and every month. I do not have any source of funds to help as I am unemployed.”

Talking about her work, Mkhaliphi says: “My background influenced me to start an initiative that would help girls and women deal with such situations. I myself have had many experiences where I was in deep trouble all due to lack of information about menstruation and no access to sanitary wear. Because of these events in my personal life, I hope to de-stigmatize menstruation and make women and girls see periods not as a negative act.”

Currently unemployed, Mkhaliphi volunteers her time to share, spread and raise awareness about menstruation; teaching girls, women as well as boys about health and well-being.

Adding, she said, “it is so important to dismantle this taboo. Firstly, it is all about me sharing my experiences, offering a comforting space to girls where they, then, open up and see that menstruation is a normal and healthy thing. They eventually come to realize it is a natural part of our lives and should not be seen as a curse, or something dirty etc. They finally understand that having period is a blessing and nothing to be ashamed of.” 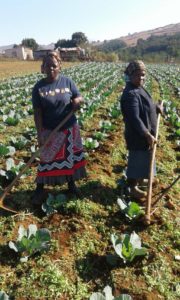 Talking about one of her experiences, she narrates: “I had no underwear and was using a newspaper. It so happened that it was soaked and there was nothing to hold or support it. I tried squeezing my thighs so that it wouldn’t fall. But there was no way out, and it fell. Imagine I was with my peers on our way to school. The embarrassment, shame…”

Menstrual hygiene and management is still a topic spoken only in hushed tones, not just in the African continent but everywhere around the world. Although it is more pronounced in countries where women are marginalized, it is still frowned upon in many developed countries as well. According to another UNICEF report: “In Nepal, 95 percent of girls in Nepal’s mid- and far-western regions faced some sort of restriction when having their first period. Of these, 44% observed the traditional practice of chaupadi, which views menstruating women as unclean and requires them to spend their time of the month confined to a shed far away from their families. The study also revealed that 85 percent of girls have nothing but a cotton cloth to manage their bleeding and don’t have access to commercial sanitary products.” In Iran, almost 44 percent of women and girls believe menstruation is a disease instead of a natural process of the body.

Menstruation is a natural process of a female body – a notion ignorance and patriarchy have shrouded in mystery, fear and apprehension. Although NGOs, big organizations such as UNICEF and even celebrities like Meghan Markle and the new Miss World 2017 Manushi Chhillar have taken up menstrual hygiene management as their mission, actively raising awareness; more needs to be done on institutional and government levels to provide not only puberty education but also access to clean, hygienic facilities and distribution of basic amenities like sanitary pads to alleviate the plight and misery of girls, empowering them to grow, thrive and exercise their basic human rights.