WEEGS COVERAGE: The Summit is pushing for women’s equal participation in the labour market, which can add USD 28 trillion to the global economy by 2025. 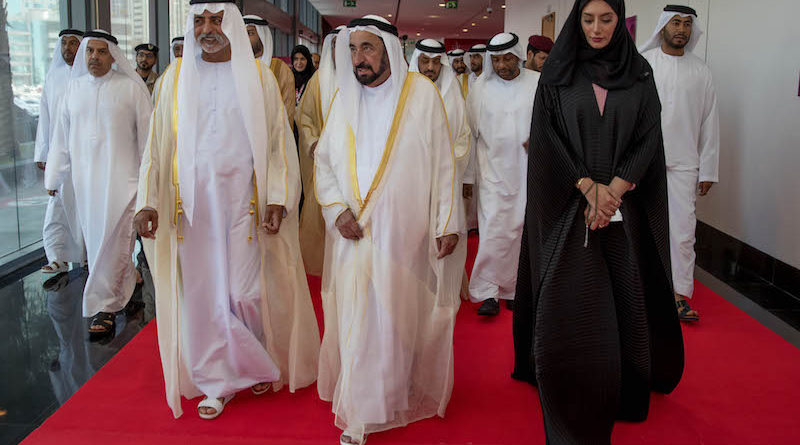 The two-day summit is organised by the NAMA Women Advancement Establishment (NAMA) and United Nations Entity for Gender Equality and the Empowerment of Women (UN Women), and is being held at Expo Centre Sharjah.

Themed ‘Women Excelling in Economy,’ the event has brought together over 70 international experts, gender equality advocates, governmental, and private sector representatives, and 1,000-plus participants. The summit’s high-profile attendees will discuss ways to increase female entrepreneurship opportunities, secure their interests across sectors, and advance them in the economy.

The opening ceremony began with a video that put into perspective the great opportunities for development, peace and prosperity the world is failing to capture due to its skewed realities for men and women.

HH Sheikha Jawaher Al Qasimi: The UAE’s track record in advancing women is an exemplary international experience, and one that I am proud of.

HE Sheikh Mubarak Al Nahyan: Women’s economic empowerment is an expression of tolerance, happiness and security, and a prerequisite for peace and prosperity of nations around the world.

Phumzile Mlambo-Ngcuka: Support for changing discriminatory social norms and stereotypes that segregate women into jobs with lower pay and limited opportunities for advancement need to be given attention along with gender-based violence that hinder women’s effective participation.

Thanking attendees from around the world for their enthusiastic participation at the summit, HH Sheikha Jawaher Al Qasimi remarked: “Investing in women and girls is key to sustainable development. The Women’s Economic Empowerment Global Summit is a celebration of women’s achievements around the world. It has been conceived as a catalyst for positive change. Over the next two days, we will explore new opportunities to advance women’s status in the economy, assessing the ground realities they face locally, in the region and the world.

“Research claims that engaging more women in the private sector will increase labour productivity by as much as 25 percent in some countries. This clearly shows that a substantial fraction of the world’s human resource remains untapped, barring them access to job markets and hampers their ability to enjoy equal opportunities.”

The NAMA Chairperson highlighted the achievements of the UAE in providing women equal opportunities to realise their full potential, noting that they account for 70 percent of university students in the country, represent 46.6 percent of the total workforce in government and private organisations, and constitute 66 percent of the public sector workforce, of which 30 percent are leadership positions. 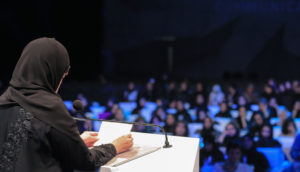 HH Sheikha Jawaher’s address was followed by a keynote speech from HE Sheikh Nahyan bin Mubarak Al Nahyan, the UAE Minister of Tolerance, who shed light on the importance of the event, saying: “Allow me to express my pleasure to be here today. This summit is supported by the UAE General Women’s Union as part of its efforts to influence the global decision-making process that will ensure women’s integration into the economy. I thank His Highness the Ruler of Sharjah and his wife for their presence and patronage; which clearly reflects their keen interest in advancing the role of women in Sharjah and the UAE.

“WEEGS has given us a platform to galvanise our actions in making women a key component of society. Our country is a role model for successful initiatives in the development of women. Women here are aware of their roles at the workplace and society. Through events like this, we will take these accomplishments to greater heights.

“We look forward to hearing your thoughts and recommendations. Your experiences will be valuable to us in enabling women to play a pivotal role in the economy. Tolerance, inclusion and equality are our goals in alignment with the United Nation’s 2030 Agenda for sustainable development. Allow me to highlight that women’s empowerment is a main priority in the UAE as it supports humanitarian development in general.” 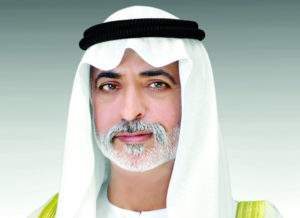 “Raising women’s salaries to match those given to men at similar positions, giving them healthcare and professional training, and enabling them to be equal partners in society are the need of the hour. We need to look into new technologies and resources that will empower women. Data collection, statistics and studies, and supportive regulations and legislations in the field must be encouraged,” HE Al Nahyan added.

The Under Secretary General and Executive Director of UN Women, Phumzile Mlambo-Ngcuka took the floor next, and expressing her excitement about yet another successful collaboration with NAMA, she said: “Our partnership with NAMA has grown and strengthened since our meeting at the UN General Assembly in 2016. The UAE is one of the champions who is implementing the report of the UN Secretary General, and this summit is an example of how the report’s recommendations are not just catching dust in an office shelf.”

Commending the way women have excelled in the UAE’s economy, she highlighted the need for the same to be applied to the rest of the world. She noted that women need access to productive assets and resources, to technology, to equal pay, and need to be capacitated to start and grow their own businesses as these are all strong indicators of women excelling in economy – the theme of the summit. She emphasised the dire need for women to live free from violence, free from fear at home or at work so that they can prosper without stress that comes with being subjected to violence. “In some countries, the average impact of this violence is 3 percent of their annual GDP, but remains unacknowledged or even understood,” she remarked.

“We know that if women played an identical role to men in labour markets, as much as USD 28,000 trillion or 26 percent could be added to the global annual GDP by 2025. This is a lot of money, and represents a major impact on the economy of the world. It is us gathered here who are trying to make this a reality. We are here to assess and remove the multitude of restrains that women face step by step,” Phumzile added. 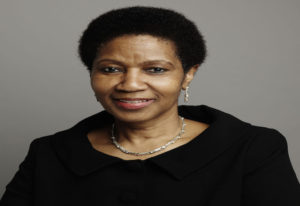 She shed light on gender-responsive procurement as a way of encouraging businesses that are female-owned and run, noting that currently only 1 percent of goods procured globally fall in this category. The UN Women initiative ‘Buy from Women’, encourages enterprises to do the same, and supports women-owned enterprises to produce goods that can be procured by both public and private sector companies.

UN Women’s ‘He for She’ movement aims to involve men in removing the glass ceiling that hinders women from progressing in their careers. This is especially helpful for women who are at the bottom of the pyramid and are stuck with low wages and are weighed down by hierarchy. In a year, PWC has increased the percentage of women in leadership positions across the globe from 17% to 43% having undertaken this initiative.

Twenty government and private organisations based out of Sharjah and the UAE, and international organisations with regional offices here came forward to pledge themselves to two Women’s Empowerment Principles (WEPs), on the Women’s Economic Empowerment Global Summit platform today. The pledged actions that range from promoting education and professional training for women, to establishing high-level corporate leadership for gender equality and non-discrimination including recruitment, retention and promotion of women, have been taken to be implemented before the next edition of WEEGS in 2019. 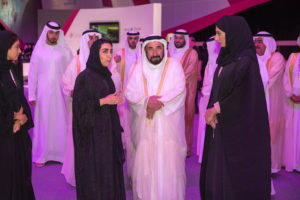 Participating organisations have undertaken these pledges on the understanding that they must directly support women’s full and equal participation in and benefit from the economy; outline a specific action, have clear and feasible objectives, and be able to show clear impact and results within a timeline of 24 months; and have specific quantitative or qualitative goals that can be monitored by them to evaluate progress over time.

The pledgers will present the achieved outcomes of the commitment on the WEEGS platform in 2019. NAMA and UN Women will follow-up on the progress of the pledged actions over the implementation period and until WEEGS 2019.

WEEGS 2017 will put a spotlight on the ways companies, governments, international organisations and civil society can work together to make value chains work for women, enable the full participation of women-owned enterprises in value chains, create decent jobs for women, and provide equal opportunities for women entrepreneurs locally and globally.

During the two days at WEEGS 2017, the topics discussed will seek to influence the global decision-making process and shape global policies to advance women in the economy. From the pivotal role that government policies and legislations play in furthering gender equity; the collaboration of private and public sector in enhancing competitiveness of female-owned enterprises through gender-responsive procurement; bridging the gap between women and funding opportunities; the use of 21st century digital technologies to enhance female-owned businesses; the need to end gender-based violence in public and private life; and more will be highlighted during the summit’s 20 panel sessions.