In line with the UAE’s vision and support of women’s empowerment locally and globally. 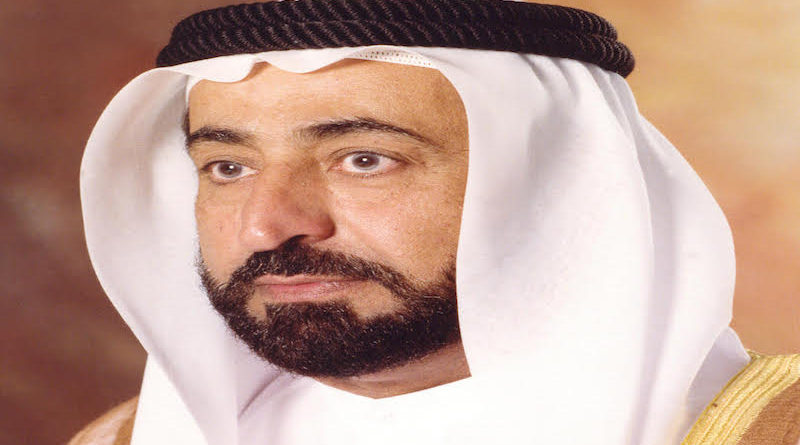 Themed ‘Women Excelling in the Economy,’ the two-day summit being held on 4 and 5 December at Sharjah’s Expo Centre, will feature leaders, experts on women’s economic empowerment and 1,000-plus participants who will come together to discuss ways to enhance gender-responsive procurement, female entrepreneurship opportunities and women’s integration into global economies.

WEEGS 2017 will put a spotlight on the ways governments, private sectors, international organisations and civil society can work together to make value chains work for women, enable the full participation of women-owned enterprises in value chains, create decent jobs for women, and provide equal opportunities for women entrepreneurs locally and globally.

Reem BinKaram, Director of NAMA, said: “Gender equality and women’s empowerment is a priority throughout the 17 Sustainable Development Goals (SDGs), and the summit reflects major efforts towards furthering that. Through the event, we seek to provide a unique platform for participants to share best practices and place a focus on defining promising economic opportunities for women within each sector.”

“WEEGS 2017 emphasises the fundamental role of the UAE in the development of women regionally and internationally, and will be a significant milestone in clearly demarcating the lines of the women’s empowerment roadmap that the world needs to commit to in order for us to fulfill the 2030 SDGs,” BinKaram added.

During the two days at WEEGS 2017, the topics discussed will seek to influence the global decision-making process and shape global policies to advance women in the economy. From the pivotal role that government policies and legislations play in furthering gender equity; the collaboration of private and public sector in enhancing competitiveness of female-owned enterprises through gender-responsive procurement; bridging the gap between women and funding opportunities; the use of 21st century digital technologies to enhance female-owned businesses; the need to end gender-based violence in public and private life; and more will be highlighted during the summit’s 20 panel sessions. 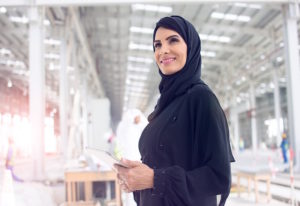 Part of these discussions will be an exclusive women-only panel session titled ‘Emirati Women: Potential & Possibilities’, which will focus on furthering the UAE’s efforts to empower local women and enhance their contributions by creating a more enabling economy and society. Another panel titled, ‘Driving WEPs Implementation: From Promise to Practice’, will offer companies an opportunity to officially sign up to the Women’s Empowerment Principles (WEPs) and showcase success stories of signatories who have successfully implemented them.

More details on the WEEGS 2017’s discussion agenda can be found here: http://weesummit.com/weegs-global-summit-2017/

Anne Githuku Shongwe, Representative, UN Women South Africa; and Ambassador Inas Makkawi, Head of the Women, Family and Childhood Department at the Arab League; Dr Amany Asfour, President of the International Federation of Business and Professional Women; and Purna Sen, Director of Policy Division at UN, will also be participating.

One of WEGGS’s highlights is the ‘Gender Equality Pledge’ that NAMA has urged government departments, academic institutions, non-governmental and international organisations, SMEs, large corporations and multinationals, and even individuals, to take. The pledge entails the adoption of two Women’s Empowerment Principles (WEPs) to empower women in the workplace, marketplace and community.

Another highlight is the ‘Investment Opportunity Pitch’ session. It is a collaborative effort between NAMA and Women Investing in Women Digital to bring female-owned start-up businesses face to face with a pool of investors and advisors. Ten selected start-ups will participate in final pitch session that will be held on December 5, 11:30 am.

The event will also include two interactive improvised sessions with the participation of a host of prominent local and international entrepreneurs who will share their personal experiences in entrepreneurship and provide tips on how to achieve success.

NAMA will use the WEEGS 2017 platform to further solidify its efforts to implement the international ‘Equal Opportunities for Women Entrepreneurs’ programme in Sharjah and UAE, which aims to empower women economically by ensuring a level playing field for men and women in business.

NAMA announced its support to the flagship programme “Entrepreneurship and gender-responsive procurement” during the UN General Assembly in 2016. It is there that WEEGS was conceived to further advance the United Nation’s 2030 Agenda for Sustainable Development, which reinforced the inextricable link between gender equality, human rights, economic growth and environmental sustainability.

To register for the event, visit: http://weesummit.com/register