Where School Girls Graduate with Infections 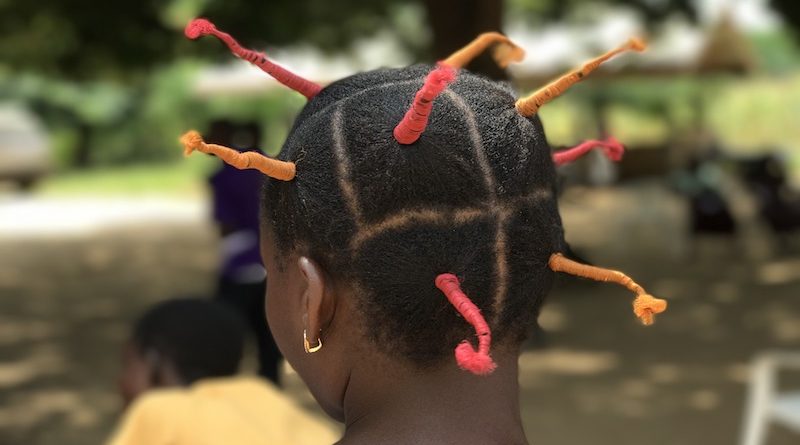 After a 3 to 4 hours journey on a rough Murram road, I needed to change my sanitary pad urgently before the menstrual blood could soil my jeans. I had traveled to this school for a girls’ debate event, which brought together girls from four different high schools. I was thrilled to be in the school and more so, to meet up and engage with adolescent girls from various districts. I was also eager to learn and cheer them on during the parliamentary debate competition.  At that time, I could not even fathom that my excitement would be dampened by anything, as I quickly dashed out of the car in search of a toilet.

Luckily, two girls who were walking past me graciously showed me where the toilets were. The 500-metre distance was the longest walk of my life. Why were the toilets so far away from the dormitories and classrooms? Nevertheless, I was determined to take the walk; since my case was urgent…I needed to change… Now!

I rushed in to the first toilet block, which contained 6 pit latrines. And before I knew it, I was skipping across mounds of human waste. Desperately peeping through latrine doors to find a clean one; I was shocked to reach the end of the block without seeing any clean latrine. Frustration, it finally dawned on me that I was in a crisis. There was no place inside any toilet where I could actually change my pad. The growing anxiety only worsened my predicament, and the menstrual blood once again began to trickle down heavier and faster. 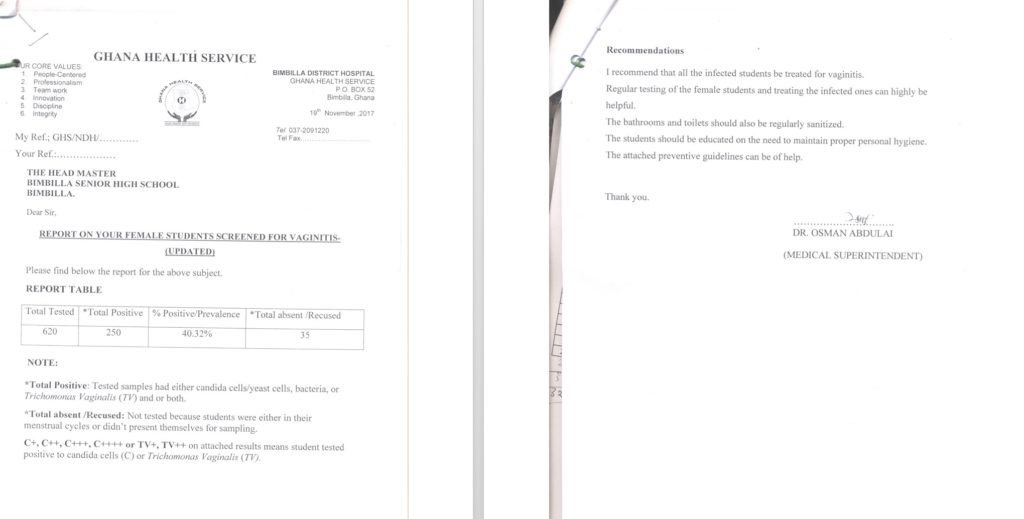 This screening evidence and statistic resulted after Gladys’ talking about the infections issue. This data collection is for one school. The screening was sponsored by ActionAid Ghana, Northern Region Programme in order to ascertain the main causes for the infections.

I heard a loud commanding voice instruct, “Take madam to the other clean toilet!” Without waiting for confirmation, I dashed out towards the other toilet block, while expertly avoiding stepping on fresh mounds of human waste. With larger strides and a deep urgency, I entered this new block, but the stench slowed me down. Determined to proceed despite the stench, I leapt across one mound, then another, and another …my heart sank. I felt a tear escape my eye, but I fought it back, as I said to myself, “You must do this Gladys.” Left without a choice after scanning through all the latrines, I got into one, and closed my eyes!

Sometimes in life, one has got to do what has to be done…because not always shall you have a choice! This was my day.

A deafening silence fell among us as we walked back towards the venue. It was awkward, sad, and uncomfortable…but I was carried away by the thoughts of my dreadful experience. I wondered if there was water in the school, if there were students, and more so, if there were girls. I thought about the predicaments of a menstruating girl, the nausea, the cramps, the changing emotions, and yes, the unavoidable need to use a toilet as regularly as possible during a heavy flow. 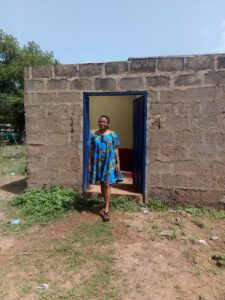 Gladys Muthara inspecting a toilet in one of the many schools she visited.

Filthy images littered my mind making me sick. Then a question dropped from my mouth, “Are there teachers in your school?” to which the girls responded with a resounding, yes. “And where were you going to when I called you?” I asked. The girls hesitated, and in a coy voice responded, “Into the bush to relieve ourselves.” Hmmm! thank heavens for some teenage boys who volunteered to give us water to clean our hands.

My concentration at the event was affected by the filthy images firmly fixated in my mind, the disturbing experience of changing a pad in dirty toilet, and the smell that seemed to have clung on my clothes. The girls mentioned that there were no other toilets, and they have to share the six pit latrines with over a thousand other girls in that boarding school, hence the further decision to use the bush instead.

Determined to dig out the issue with the hope of gaining some further understanding, I dashed out the venue after the event, to initiate a chat with some girls in the school. I was lucky to have a group of seven girls volunteer to have this random discussion; so lucky was I, that one of them happened to be the Assistant Girls Prefect and the other, the Health Prefect.

Sometimes as humans, there are topics that can be quite hard to initiate, especially if you are meeting people for the very first time. But as a change maker, heavens intervene for me during such moments and make everything fall into place…a phenomenon that has made me trust my guts more and do what has to be done no matter the challenges. In this case, heavens ensured that the Girls Prefect and the Health Prefect were part of the group, hence instilling confidence in the girls, to speak about this issue. 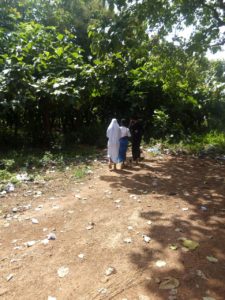 As if I had opened a can of worms, girl after girl began to narrate their awful experiences, from making long queues to use a toilet during break time, to running long distances into the bush during menstruation, to stepping on slugs, scorpions, and even snakes while seeking a place to relieve themselves amongst the long grasses and bushes during the rainy season! I cringed, felt their pain, imagined the plight of a menstruating girl in this school, and as my eyes got wet, I interrupted my thoughts.

Then the Assistant Girls Prefect said, “Madam, we suffer!” before continuing to narrate how her colleague was pricked by a sharp stick in her private parts, while squatting to relieve herself in the bush at night! I thought I had heard enough of their predicaments, as I took a breather to let that heavy revelation sink in… the girl’s private parts were so badly torn that she had to be rushed to the hospital for urgent treatment. But wait, the heavy unusual chat was not done yet without the girls saying why they preferred the bush, despite all the risks they faced.

One after the other, my girls revealed how they had suffered new infections since joining the school, yet these would not go away despite treatment, for those who were privileged enough to have a health insurance. The Health Prefect said, “We usually scratch ourselves, feel so much pain while urinating, and the white discharge formed is so heavy that we use panty liners to prevent it from soiling our skirts!” Before I could interrupt her, she continued “The girls believe they contract these infections from using the toilets, owing to the excessive heat in this region that causes some vapour to come out through the latrine’s hole!’ 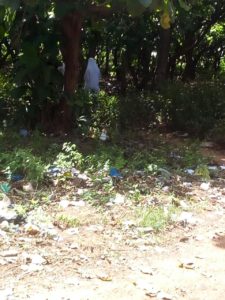 The girls revealed that their toilets had neither been drained off nor disinfected since they joined school. They mentioned gonorrhea infections, Urinary Tract Infections, and Candidiasis…but it was stark clear to me that they could not clearly tell what infections they suffered from. One thing was clear, however, they used the bush to avoid contracting infections from the toilets. The Assistant Girls Prefect confirmed that she was very sure hundreds of girls in the school were affected by the infections, and that each one of them was suffering in silence, because well… aren’t girls’ reproductive health issues a taboo topic?

It was a heavy discussion, so heavy that we all paused, and for as long as I could remember we all stood there, motionless, probably letting everything sink before the girls could share more of their horrifying stories. Did I hear that there was an attempted rape? And that the girls had resolved to be going into the bush in groups? Yes, now it made sense to me why the two girls who had taken me to the toilet earlier, were going into the bush together!

We parted; I had a 3-hour long journey ahead of me. My heart sank as they walked away chewing some popcorns I had bought them from a little 10-year-old girl who carried them using a metallic basin, expertly perched on her small head. Amidst the sadness and shock, however, I encouraged the girls to speak up about the issue to anyone who cared to listen, just in case someone would feel pushed to act, before I could. It was urgent!

Responding to an issue of this magnitude can be quite a daunting task and requires a sense of responsibility as it involves girls, their health, self-esteem, reputation, and education too. Yet, delaying or holding back would be a great disservice to the girls. They trusted me enough to share their cringe-worthy experiences; I held them close to my heart. As such, before taking any action I thought it wise to engage girls from other schools in our next event, the following day.

This time around, I was keen on taking my random yet urgent research a notch higher, by inspecting toilet facilities, visiting the bush if at all there was any, and engaging teachers or school management, besides students. The first two goals were frustrated by a host of flies and strong stench, which I could not bear after the former experience; hence I walked out of these areas, but with enough evidence to narrate an informed experience. In this new school, I saw groups of girls walking into the bush casually…a scene that was all too familiar thanks to the stories from the day before, in the neighboring district.

We took a stroll with the Assistant Girls Prefect, during which she narrated how her mother buys some tablets for her to reduce the vaginal itching and discharge. She narrated how other girls take injections, but are all futile because the infections kept coming back. As a result, the girls found solace in the bush, where the school principal had even stationed a watchman to watch over the girls, following an attempted rape by one outsider, whose bike the girls had confiscated! Never mind the bush was right behind the school administration block!  The prefect, further, mentioned that they had had to demonstrate and demand for toilets the previous year, before the current five toilets, previously belonging to boys, were renovated and allocated to the over one thousand girls in this school. She explained that their dormitory toilets got filled up and had never been emptied! She was sure that almost every girl in their school had the infections, which barely made them concentrate in class, thanks to burning sensation, pain, itching, and foul smell.

The next school, and the next, and the next…. same infections story, few toilets, high population, and the ‘bush’ defecation predicaments!

I gave up! Were there teachers in these schools? Were there school managements? Was there a Ministry of Health? How about Ministry of Education? Do they inspect schools? Are there PTA associations, Parents, a government? YES!

But why are we doing so much disservice to school girls in the Northern Region?