Sabin Muzaffar delves deep into the economics of ageing women. 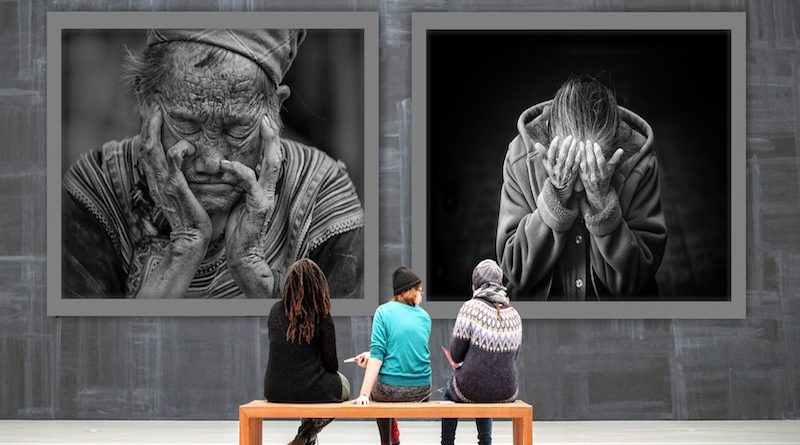 As the number of older adults increases – a greater majority of which comprise women, their (older women’s) lives will be deeply impacted by changing demographics and dynamics. To-date, information pertaining to older women, their well-being and health as well as their basic human rights is scant to say the very least. The lives of older adult women, 65 years and above, revolve around two basic threatening factors: feminization of poverty and a feminization of aging! With the increasing population of older female adults coupled with a lack of proper policy pertaining to human rights of older women, the impact – currently – is potentially negative.

The 21st century has ushered an era where women’s rights are being realized and acknowledged, though at a slower pace. Issues like women’s health, gender based violence, care work etc. are finally seeing the light of day. It is, therefore, safe to assume that when issues of women are discussed, they will include women of all ages. But that said, it is also not wrong to claim that older women still form the most invisible faction within the larger female group and therefore problems including equities in health, policies, laws and their implementation will take longer time and may be a tediously protracted process.

In addition to this, women are paid less than men (now except for Iceland of course!) plus care work – which forms a huge part of a woman’s lived experience – is either unremunerated, ignored or uninstitutionalized – meaning it is either unrecognized as real work or is relegated to the lower ranks in modern labor market. Coupled with social taboos, patriarchal framework that exists within communities all across the globe – it is an ugly truth that a woman of any age and especially the older woman is economically, debilitatingly insecure!

Looking back at history, issues pertaining to older women were in fact raised and highlighted during the Fourth Conference on Women in the Beijing Declaration in 1995. According to Help Age: “The Beijing Declaration recognized age discrimination as one of the factors contributing to the barriers to women’s empowerment and advancement. Older women were specifically mentioned in the Beijing Platform for Action with regard to their poverty, health, violence against them, obstacles they face in entering the labor market, discrimination at work and as a civilian group particularly affected by armed conflict.”

The Declaration concluded with a list of recommendations for government action in specific areas. Unfortunately, though, this recognition, according to many, was patchy as it not only failed to address numerous concerns but completely omitted widows and widowhood.

From a global perspective, ageing women’s plight takes a more grievous turn when it comes to third world or even developing countries. In Pakistan for instance, the older population is one of the most vulnerable age groups and with rights minimally advocated let alone espoused – older women do pay a hefty price.

With little or no real data available, apart from that published by foreign entities to determine population and changing demographics; there is no way of properly knowing – for example – female mortality rate, their health, homelessness, violence etc. According to a news report, 60 percent of poor women do not have access to public health. This coupled with policies that lack inclusion and diversity – the fate of women especially older women – is dismal.

The Declaration concluded with a list of recommendations for government action in specific areas. Unfortunately, though, this recognition, according to many, was patchy as it not only failed to address numerous concerns but completely omitted widows and widowhood.

According to Help Age: “It is estimated that 6.5% of the total population of Pakistan is over 60 years old with a figure of 11.7 million and this figure is expected to rise to 43.3 million by 2050, when people over 60 will be around 16% of the total population of 91 countries in the Global Age Watch Index. Pakistan is sixth most populous country in the world. HelpAge International and UNFPA have recently ranked Pakistan 89 out of 91 in the world age index. Older women are less likely than older men to utilize healthcare services as demonstrated by a large study regarding health care utilization by older people.”

The World Health Organization notes that in 2012, more than 255 million people in Western Pacific Region were aged 60 and above. Approximately 87 percent of all people aged 60 years and above will live in low and middle-income countries by 2025 and huge percentage of which will be women. In the present state, ageing and outliving men will have dire consequences on women entirely due to a number of existing challenges starting with health, poverty – that stems from their perpetual lack of access to education, meaningful work, bodily autonomy as well unremunerated care-work. These issues, collectively, puts older women at a real disadvantage.

All does seem dark and gloomy, but there are many slivers of hope to pursue. While raising awareness and educating communities is the founding pillar to alleviate women’s plight in its entirety, a rights-based approach encapsulating a plethora of issues is the way forward. Time is up for creating vulnerabilities for women – may she be a starlet in the most scintillating of skies or a time-worn female farmer or a grandmother. High time, we come together as global citizens to engage and advocate to change policies and move agenda!

Where School Girls Graduate with Infections