Editorial: And Miles To Go Before We Sleep…

Sabin Muzaffar celebrates the International Women's Day by mapping the roots of empowerment. 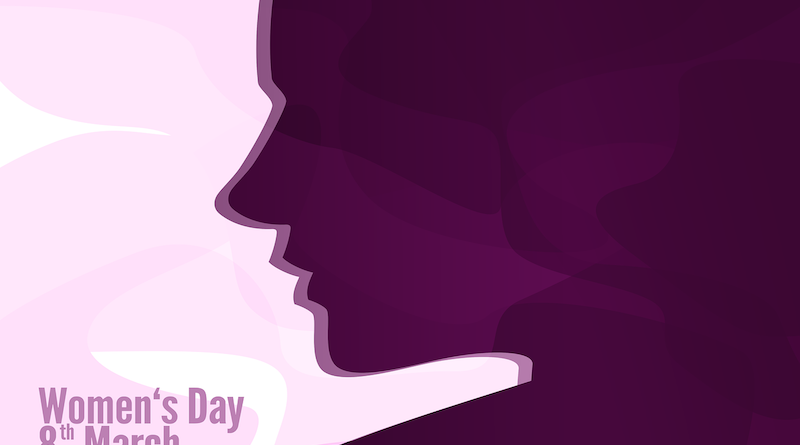 Women have come a very long way – from the likes of Helen of Troy, being the object of desire (read: a flimsy excuse to invade foreign lands), Hypatia – mercilessly dragged to the Egyptian streets under the Roman rule, the ‘witches’ – quarries in Salem to being magnificent monarchs, enlightened writers and innovative scientists. This Women’s Day, global citizens need to pause and look back to what has been achieved based on the foundations of immeasurable struggle and colossal pain.

While the first ever Women’s Day was celebrated in 1909 in the United States of America on February 28th, women got the right to vote in Britain in 1918 and the US in 1920. It, therefore, took more than 20 years for the Suffragette Movement to finally realize this dream. A movement that advocates equality and women’s right to vote, it was somewhat of a quaint notion put forward in 1869 by the British philosopher John Stuart Mill in his book ‘The Subjection of Women.’ The role of women, their rights and autonomy had been an issue hotly contested and debated upon – with many like Mill who first deeply analyzed women’s status in Victorian society and was among the first few HeForShe advocates. Due to this discourse, the Victorian period is also remembered and named the Woman Question – perhaps even leading to actualization of the Suffragettes.

Fast forward the new millennium, much has been done for the cause of gender with women being elected – like Benazir Bhutto in Pakistan – the first female Muslim Prime Minister of a developing country, to disruptors making groundbreaking scientific discoveries, determined advocates and activists marching on the streets, shoulder to shoulder with men during the Arab Spring, heading large conglomerates to being trailblazing decision makers.

Movements, there have been many, in a bid to empower women – socially, politically as well as economically. Yet a huge void still remains. According to World Health Organization, ‘Prevalence of FGM. It is estimated that more than 200 million girls and women alive today have undergone female genital mutilation in the countries where the practice is concentrated. Furthermore, there are an estimated 3 million girls at risk of undergoing female genital mutilation every year.’

Time’s Up! No longer can patriarchy muffle voices of women demanding for what is long over-due. The right to a life of dignity, the right to live a life of equity and equality – where all genders live cohesively enabling a strong, fair and sustainable society.

As per a World’s Women report, two thirds of the world’s illiterate adults are women. ‘Of the 781 million adults over the age of 15 estimated to be illiterate, 496 million were women. Women made up more than half the illiterate population in all regions of the world.’

Although women live four years longer than men on an average, their lives are subject to suffering – from being more likely to be assaulted compared to men, being affected with deadly diseases like HIV/AIDS to being malnourished, homeless and vulnerable to aftermath of natural diseases and man-made conflicts.

Painting a rather grim picture, it is not still untrue to claim all is not lost or dismal. What had been the discourse in the Victorian age and even before is finally seeing the light of day. Time’s Up! No longer can patriarchy muffle voices of women demanding for what is long over-due. The right to a life of dignity, the right to live a life of equity and equality – where all genders live cohesively enabling a strong, fair and sustainable society. Time’s up and women AND men need to Be Bold for Change because that is the way forward! We as a community need to Press for Progress, by lifting each other up if we want not just to achieve global goals of ending hunger, poverty with education, good health, and what have you. Indeed, we are stronger together – provided we are enabled and willing!