Speaking at IGCF, Sharjah, Dr Mohammed Ayish of American University of Sharjah outlines the skills needed to become a successful digital diplomat and the challenges that the virtual world poses. 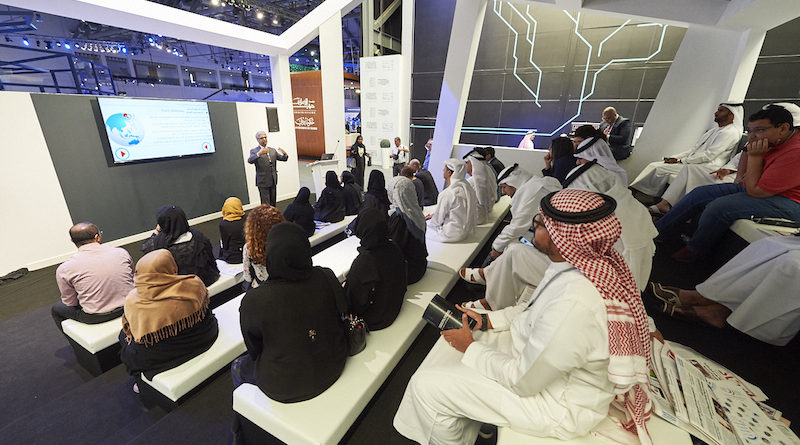 March 28th, 2018, Sharjah (UAE): Diplomats must demonstrate and prove their presence in today’s digital world through strategic, creative and analysed messages to create an effective foreign policy for their governments, a communication specialist said.

With its challenges and opportunities, digital diplomacy allowed governments to witness people’s reactions directly, giving indicators of public opinion in ways that traditional and public diplomacy have failed to do.

“Digital diplomacy allowed governments to reach the masses, monitor public opinion and adapt their foreign policy and messages based on this interaction,” said Dr Ayish.

To be successful, digital diplomats must be creative in dealing with the big data flow, adapting to the visual requirements of presenting a message with multimedia elements. A digital diplomat must also plan out a long-term strategy in the virtual space, while putting in mind that results of communication need time to pan out.

While social media gave governments the opportunity to express reactions to developments and incidents around the world immediately and speak the language of people, its constant transformation and vagueness of data can be misleading, he cautioned.

“Social media is now polluted with fake news and reflects inaccurate reality of public opinion. Data analysis is a challenge since we are dealing with Cloud Computing and Big Data that forces diplomats to determine their messages through only numbers,” said Dr Ayish.

He called for building a skilled generation of diplomats through training in fields of Artificial Intelligence and technology. There’s no question, he said, that diplomats must come up with new ideas and be present on social media.

Persistence in communication, addressing soft power through showing human aspect of the government and thinking outside the box are main skills for diplomats to have, he emphasised.

He argued that digital diplomacy isn’t merely a communication method or a virtual presence, but a strategy that could serve countries in the long run.

The 7th edition of the IGCF, organised by the International Government Communication Centre of Sharjah Government Media Bureau, features some of the world’s leading opinion makers and political and technical figures in recent years.