The Day She Lost Her Face

Ananke’s Intern, Sana Noreen, sheds light on the issue of acid attack and highlights the plight of Raheela Rahim – one of the many survivors of this heinous crime.

Gender-based violence is a disease afflicting most parts of the world. It is an endemic, perpetrators use as a weapon not only to exert power and control but also to brandish their so-called masculinity on to their respective communities for a lasting impression. Although acid attack victims also include men, statistics show this form of violence affects women disproportionately and more than often goes unpunished, if not unreported.

By definition: “Acid throwing, also called an acid attack, is a vitriol attack or vitriolage, is a form of violent assault defined as the act of throwing acid or a similarly corrosive substance onto the body of another “with the intention to disfigure, maim, torture, or kill.”

In the UK alone, 15 attacks are taking place every week and that too even by kids and teenagers. In the UK, Per capita, has one of the highest rates of recorded acid attacks in the world. ASTI notes that of the 2078 acid attack crimes recorded for the years 2011-2016 in the UK, only 414 of those crimes resulted in charges being brought.

Coming over to Eastern societies, Bangladesh has introduced legislation to combat the prevalence of attacks and have seen success with incidences significantly declining since the introduction of legislation. Kabir notes that with courage and implementing adequate laws and legislation Bangladesh will be free from this crime.  In India, acid attacks are on the rise. According to Deutshe Welle: “At least 106 such attacks were reported in 2012, according to the Acid Survivors Foundation India (ASFI). And that figure rose to 122 in 2013 and 349 in 2014. Activists say that figure climbed to over 500 in 2015.”

Shedding light on the situation in Pakistan, the ASFI estimates that up to 400 women fall victim to acid attacks perpetrated by their husbands or in-laws each year, but due to underreporting, only 1,500 cases have been documented over the past 10 years.

Most of the times, these criminal acts are perpetuated under the guise of honor, or is an extreme form domestic violence, disputes concerning land or finances, suspicion of infidelity and rivalry etc. While the Pakistani government has made acid attack a crime against the state ‘with an amendments to the Pakistani Penal Code in 2011 and can carry punishments of lifetime imprisonment. But the law is rarely enforced, particularly in rural areas, conviction rates are extremely low  and acid attacks continue.’

Reports suggest that while criminalizing acid attack witnessed a sharp decline in 2014, its prevalence stabilized in the latter two years.

According to the data provided by Acid Survivors Foundation Pakistan, 85 per cent of the acid attacks occurred in Punjab, mostly in southern Punjab followed by Sindh, Khyber-Pakhtunkwa, Baluchistan, Islamabad Capital Territory and Azad Jammu and Kashmir. 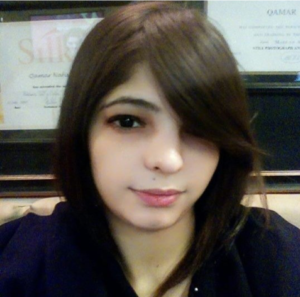 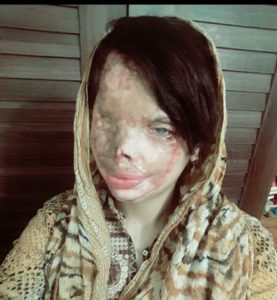 Three years ago, there was a lot of hue and cry over a case which shook Pakistani activists and citizens alike. Covered by almost all local media channels, people especially in the Southern port city of Karachi, came out of their houses to protest with the hope that authorities would take immediate action.

It was on July 17th, 2015, when Raheela Rahim, daughter of an electrician, fell victim of a heinous crime.  She was 19 years old and her only crime was that she refused to marry her ex-fiancé, who happened to be a police constable. Raheela was sitting with her six-month-old nephew when the grave event occurred, also injuring the child. As a consequence, the survivor lost one eye with vision problems in the other as well. Her face bore the full brunt of the attack. It has been three years since the crime took place and Raheela is still awaiting justice to prevail.

The constitution of Pakistan as well as the Penal Code have specific laws that preserve women’s rights and protect them from violence and tyranny but is there light at the end of the tunnel?

You can reach Raheela on her Facebook page: Raheela Rahim