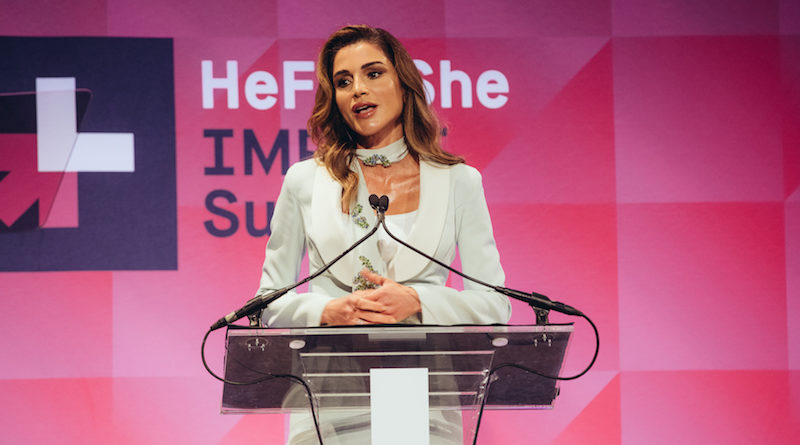 Oct 2nd, 2018 /PRNewswire/Knowledge Bylanes, New York (USA): On the sidelines of the 73rd Session of the UN General Assembly, Her Majesty Queen Rania Al-Abdullah, of the Hashemite Kingdom of Jordan, award-winning actor and UN Women’s Global Goodwill Ambassador, Anne Hathaway, and actor and activist Winston Duke joined world leaders, global CEOs, university presidents and activists to unveil groundbreaking solutions to achieve gender equality around the world. Most notably, HeForShe released three distinct products at the Summit, based on the work of its HeForShe Champions:

Welcoming the solutions, Anne Hathaway said, “Today, the men on stage with me are here because they are throwing a huge rock through the glass ceiling.”

The newest HeForShe Champions, officially announced at the Summit, are Lungisa Fuzile, CEO Standard Bank; and Secretary-General of the World Organization of the Scout Movement, Ahmad Alhendawi.

In the lead-up to the event, HeForShe launched #MorePowerfulTogether, inviting landmarks around the world to turn off half their lights to demonstrate the power lost when women are underrepresented. The summit underlined this message by bringing together champions from all corners of society to demonstrate that we are truly more powerful together.

In a closing call to action, Winston Duke said, “As an actor I have always been told that there are no small roles; and in the world of gender justice I’ve found no statement to be more true. To every single man and boy tuning in to this conversation today, I ask: I am HeForShe, are you?”