Sabin Muzaffar interviews Karen Osman about the launch of her thrilling second novel The Home and her journey as an author. 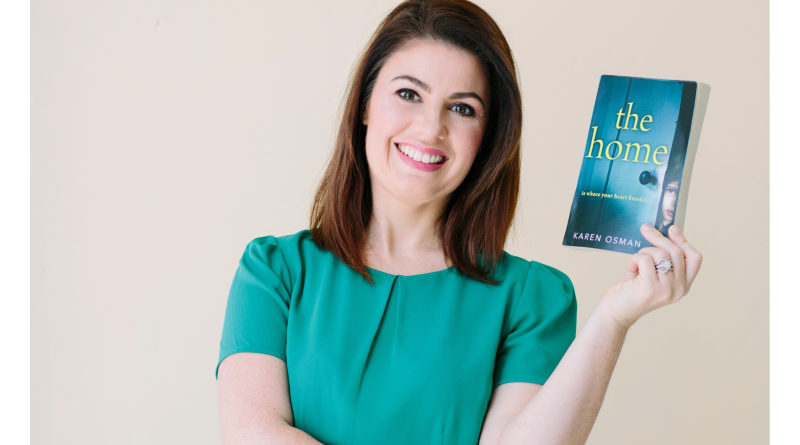 Karen Osman is an award-winning writer originally from England and based in Dubai, UAE. After completing a B.A. in Linguistics and English Language at the University of Durham, a two-year period teaching in Tokyo was the start of a career that combined her two great loves; travel and the English language. Moving to Dubai in 2004, Karen engaged in a sales, marketing and public relations role for a luxury hospitality company.

After identifying a gap in the market for specialized writing services for the travel, tourism and hospitality sector, Karen set up Travel Ink in 2011, steadily building the business to include some of the most high-profile hotels, airlines and tourism establishments in the region. Clients have recognized Travel Ink’s expertise from across the globe, from luxury hotel brands, airlines and tourism organizations to travel-oriented publications.

In 2016, Karen won the Montegrappa Writing Prize at the Emirates Airline Festival of Literature for her novel Dear Michael. The fictional work is a thriller, set in the North of England about a mother who writes to a convicted murderer in prison.

Following on from her previous best-selling success, Karen’s second book The Home was released across all digital formats on September 4th, 2018 and in paperback on October 4th, 2018, published by Aria Fiction. Another chilling read, the fictional work delves into the darkness of living in a children’s home, casting a shadow over family ties and what it means to belong.

Abandoned as a baby, Angela is desperate to escape her supposed refuge, yet despite being adopted and taken into the hearts of a wealthy couple, the scars of her childhood remain. When Angela discovers the identity of her birth mother Evelyn, their reunion is no fairy tale and as sinister events start to unfold, Evelyn fears she may not survive her daughter’s return.

Talking about her literary journey, Karen speaks exclusively with Ananke about her second novel and what she has in store for her readers.

First of all, congratulations on the launch of your second novel. We can hardly wait to read it! Now getting back to our interview, can you tell us a bit about your literary journey?

My literary journey started in 2016 when I won the Emirates Airline Festival of Literature Montegrappa Novel Writing Prize for my novel The Good Mother. Since then, I’ve gone on to secure a three-book deal with the help of my agent at LBA Books with publishing house, Aria Fiction. My second book, which was released a few days ago on 4 September, is called The Home, and I’m currently writing my third novel, The Perfect Lie.

Would you say winning the prestigious Montegrappa Writing Prize at the Emirates Airline Festival of Literature was a turning point? Prior to this accolade, your entrepreneurial venture, Travel Ink, had already gained recognition. How did this prize enable your literary pursuits?

Yes, definitely! The judge of the Montegrappa Novel Writing Prize was renowned agent Luigi Bonomi who already has a portfolio of high-profile authors. It was an incredible honour to be chosen as the winner and his efforts in securing the three-book deal, based on my entry, The Good Mother, was a huge turning point. The award also affirmed the quality of writing that I produced in my content-writing business, Travel Ink.

Tell us first a bit about your first novel, The Good Mother, how did it come about?

The Good Mother is a thriller, set in the North of England about a mother, Catherine, who writes to a convicted murderer in prison as part of a volunteer programme. She becomes involved in a complex relationship with the inmate, which sees her descend into a world of plotting, deception and revenge. I wrote the book while pregnant and looking after my toddler (not recommended!) and thoroughly enjoyed writing it. What would you write in a letter to a murderer? How far would you go to protect your children? These are just some of the questions that gave me the inspiration to write this book. 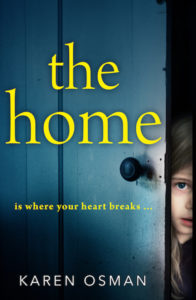 The Home is a psychological thriller, tell us about your journey from the first to the second novel.

My journey between The Good Mother and The Home was incredibly busy! In fact, I was still finalising and marketing the first while writing the second, and now with my third book, it’s the same – there’s a lot of overlap so you’re never just thinking about one book at a time.

What does the novel (The Home) have in store for the reader? Any clues or titbits of fascination for your readers?

The Home is a psychological thriller, about a young woman called Angela who was abandoned when she was just a few days old to a children’s home in London. When wealthy couple James and Rosemary come to choose a child to adopt, Angela is desperate to escape. However, the scars of childhood remain and when Angela’s search for her birth mother Evelyn is successful, their reunion brings its own problems. Set in the 1970s and ‘80s, the book is about motherhood, raising children, marriage, deceit, violence, and betrayal.

Is there any specific genre you are interested in as a a) reader b) writer? Why?

I read a lot of psychological thrillers and so for me, it makes sense that I write that genre too. But I also enjoy reading other types of books such as historical fiction, biographies, and crime. I think the ‘whodunnit’ type of books are enjoyable because you have to be active in the reading experience – you’re always trying to work out the mystery.

For those aspiring to write or hesitant to write, what advice would you give them?

For aspiring writers, I would recommend writing a little each day and build up your word count, so it becomes a regular routine. The hardest thing can be getting started. It’s also worth planning and outlining your novel as much as you can to avoid writer’s block. 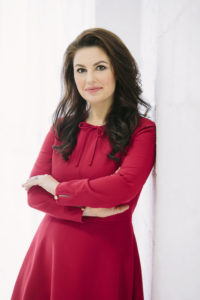 Who is your favourite author and why?

I have many favourite authors – far too many to mention! One author that I’ve loved for a long time is Marian Keyes – there’s no one that makes me laugh as much as she does and when you’re writing about dark themes all day long, I can delve into any of her books. I also love Philippa Gregory, Haruki Murakami, Clare Makintosh, and Jodi Picoult.

Is your style of writing inspired by anyone in particular?

I wouldn’t say my style is inspired by anyone in particular, but I do follow a lot of the advice on writing from Stephen King and crime writers such as Peter James and Mark Billingham. I’ve learnt a lot from all of them, especially about pace, suspense, plot, and character.

How can literature and the written word empower society and specifically women – the latter both as readers as well as writers?

It’s a good question. It was international literacy day on September 8th, 2018 and I was shocked to read in a UNESCO report that if all students in low income countries left school with basic reading skills, 171 million people could be lifted out of poverty, which would be equivalent to a 12% cut in world poverty. Literature and the written word are hugely powerful and as authors and readers we have to do all we can to spread that message. The written word – especially in today’s digital era – is critical in building social communities as well. People are incredibly busy with their careers, marriages, raising children, and other pursuits, that a strong online network is a huge help.

You’re busy writing your third novel, anything you can tell us about it?

I don’t want to give too much away in case it changes but basically it’s about a young girl who goes on a date with the school nerd as a dare. What happens during that date has repercussions for the rest of her life.