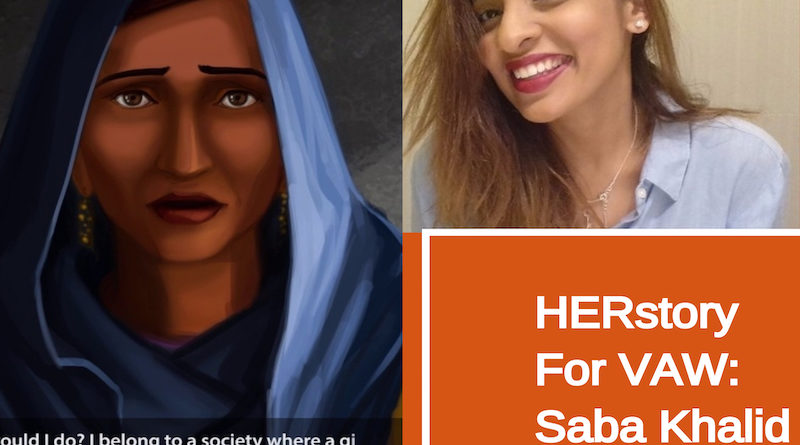 Hailing from the Southern, port city of Karachi, Pakistan, Saba Khalid is a journalist, blogger, activist and founder of the digital content platform Aurat Raj. She is the genius behind the groundbreaking Raaji, an animated series that employs animated characters and powerful storytelling to tackle taboo subjects from honor killing to child marriages.

The engaging series is a source of edutainment for young Pakistani adolescent girls that empowers the country’s female population by reducing the shame surrounding gender issues. Supported, shared as well as applauded by organizations the world over, including The Do School, UNICEF and UN Women Pakistan, Saba launched the initiative in response to the rising number of honor-based violence in South Asian region. 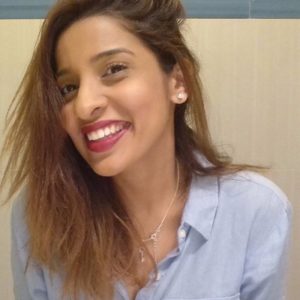 The protagonist of the animated series, ‘Raaji is a Pakistani girl from Thar (comprising of a desert in the southern region of Pakistan) who fights against honor killings, harassment and abuse.Nothing holds this powerful girl back from pursuing her dreams. Raaji is an honor killing survivor who works as an activist, educator and trainer in rural areas of Pakistan.’

Saba has went on to add another feather to her cap by launching a chatbot ‘Raaji’ that answers questions about harassment/abuse, health and hygiene as well as education and employment.

According to Saba’s profile on Aurat Raj: “Over the past five years, Saba has contributed to numerous international magazines, such as Rolling Stone Germany, and currently, writes across a variety of digital media outlets. She expresses her passion for the rights, protection and empowerment of Pakistani women by writing on taboo topics like sexual violence, gender inequality and sexual education.”

She has received numerous accolades for working to empower the Pakistani woman. In August 2017, Saba won the She Loves Tech competition at the national levels and was selected to compete in the global competition.

Raaji – the animated series has recently won (November 26th, 2018)  the Tve Global Sustainability Awards for the best AI: Empowering the Future award, presented to her at the Bafta Awards.