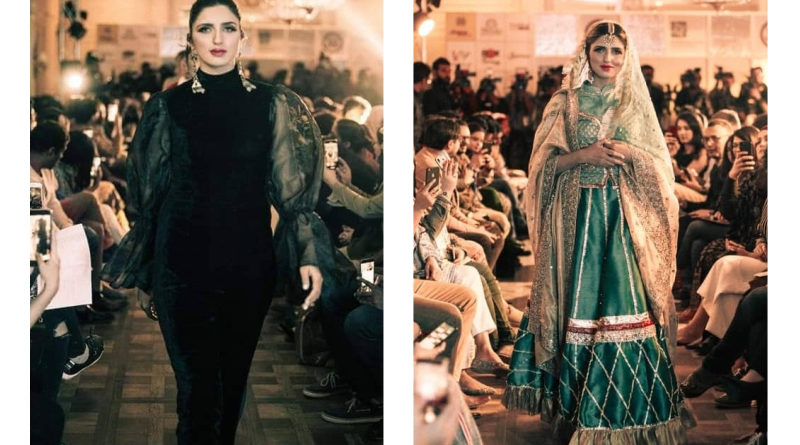 November 27th, 2018, Lahore (Pakistan):  Women’s Digital League in partnership with Hollings Center and US Embassy held the “Peace Runway” at the Nishat Hotel Gulberg, a fashion show featuring designs from Afghanistan and Pakistan.

The designs from Pakistan were created by Jamdaani, whilst the Afghanistan designs were created by Rada Akbar, an established designer in Afghanistan. Both designs consisted fusion pieces from both countries respectively, with focus on heritage and local craft and cloth being used, to further credit the artisans of both countries. The peace runway was a successful show of both countries rich culture with the event architecture being done by Kraftsmen, Meraki being the official hair and makeup partners, Hamna Aamir the official jewellery partners and the suave digital media partners, Web Skechers. 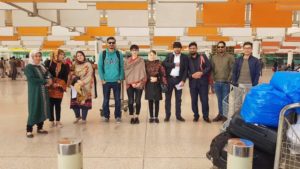 Asli Mutlu from Hollings Center commented on the success of the show, “We believe that the Afghan-Pakistani relationship is underpinned by shared history, language, ethnicity, and culture that predate the establishment of borders between these two nations. We are proud to be supporting a collaborative initiative that showcases the richness of culture and talent on both sides, and hope that this initiative will be an inspiration for similar projects that contribute to the people-to-people ties between Afghanistan and Pakistan.”

Maria Umar founder of Women’s Digital League who was also project director for Peace Runway, commented, “More than ever our world today needs peace. Putting political, racial and historical differences aside as individuals we all need the same things and dream the same dreams. The three things that bring everyone together are music, food and fashion. Peace Runway is a humble effort to share the harmony in our diversity and the beauty in our similarities. ”

An ecommerce platform is being created that will feature fashion apparel and accessories from both sides of the border, and is one of many steps in strengthening relations between Pakistan and Afghanistan.

About US EMBASSY OF KABUL

The mission of the U.S. Embassy in Kabul is to promote bilateral ties between the United States and Afghanistan. Embassy activities focus on strengthening democratic institutions, enhancing security and regional stability, fighting international terrorism, combating narcotics production and trafficking, and fostering expanded trade and investment.

Like every U.S. Mission around the world, the Embassy hopes that better communication between our two countries will improve mutual understanding, foster democratic ideals, improve human rights, and provide for a healthier global environment and a safer world.

About The Hollings Center

Hollings Center for International Dialogue is a non-profit, non-governmental organization dedicated to fostering dialogue between the United States and countries with predominantly Muslim populations in the Middle East, North Africa, South Asia, Eurasia and Europe. In pursuit of this mission, the Hollings Center convenes dialogue conferences that generate new thinking on important international issues and deepen channels of communication across opinion leaders and experts.

Being a social enterprise, we are involved in conducting trainings and introducing Pakistani women to computer based work. We believe that the high rate of unemployment, particularly among women in Pakistan, could be overcome through promoting the education in the field of digital workas well as thinking more entrepreneurially. WDL has been awarded by several local and International organizations and been in the news in CNBC, BBC, DAWN, Mashable, Forbes and others.