Mandy Sanghera and Sabin Muzaffar delve deep into the issue of forced marriage and its devastating effect on the vulnerable. 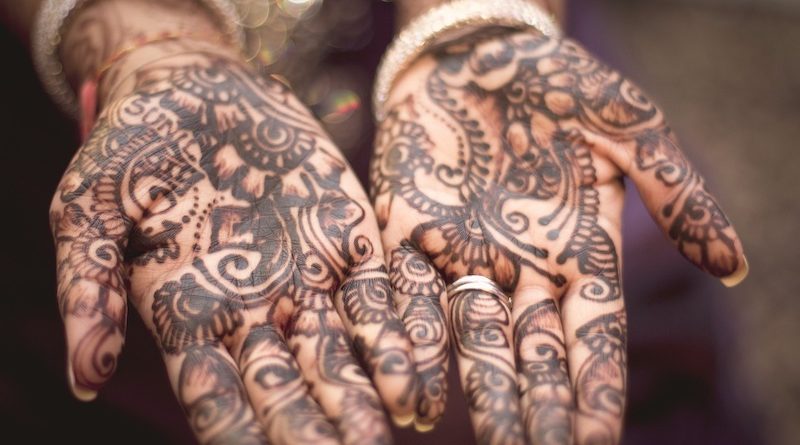 It is an oft repeated sentiment by the young and old, particularly in Eastern societies, that marriages are made in heaven. A notion romanticized in storybooks, TV dramas and on the silver-screen; but in reality, it may be far from truth. While the notion of falling in love and getting married by choice is, ironically, slowly seeing the light of day, the idea is still frowned upon in many families all across the subcontinent, many parts of Asia and beyond. Tradition and culture enforce strict, unwritten laws preventing star-crossed lovers from entering into a sacred union; and if broken, are severely and or fatally punished – all in the name of honor.

On the other hand, the powers that be unfalteringly impose, coerce and force their will on the vulnerable and susceptible on matters of holy matrimony. Child and forced marriages are not only celebrated but also enforced with rigor.

Not to be confused with arranged marriage – where two families plan and fix marriage of consenting adults – forced marriage is one in which the person is coerced into matrimony against his or her will. According to the law firm, Hodge Jones & Allen Solicitors: “That person may receive physical threats, or indeed be emotionally blackmailed. A forced marriage is a violation of human rights and is not able to be justified on any religious or cultural basis.”

Child marriage is yet another form of forced marriage where underage girls and boys (under 18 years of age), vulnerable to coercion  are married off on the pretext of saving mainly the girls from unknown harassment; but in actuality shedding a family’s so-called ‘burden’ on to someone else.

A fundamental violation of a person’s basic human rights, both forced and child marriage also falls under the province of domestic violence as victims usually suffer from one or the other form of abuse. According to Girls Not Brides, 15 million girls are married off before they even turn 18 years of age, which makes one girl every two seconds or 41,000 girls every day.

Talking about child marriage, Human Rights advocate, Mandy Sanghera says: “Child marriage is a disease rampant in our society. We need to educate communities and empower our girls and boys. It is important to address socioeconomic factors. Take a deep look into what honor actually means and educate families about out of date cultural traditions, explain that a child’s marriage has nothing to do with religion.”

Adding, she says: “Early child forced marriage is very different across the globe . Worldwide, as many as 650 million women alive today are married before they have even turned 18. Child marriage sets them up for a life of hardship.”

A fundamental violation of a person’s basic human rights, both forced and child marriage also falls under the province of domestic violence as victims usually suffer from one or the other form of abuse. According to Girls Not Brides, 15 million girls are married off before they even turn 18 years of age, which makes one girl every two seconds or 41,000 girls every day.

In Pakistan, even though child marriage has been in focus over the past several years; there is still a huge question mark when it comes to ground realities.

According to Human Rights Watch: “Child marriage tends to occur in the country’s most marginalized and vulnerable communities and has devastating consequences: Girls who marry are more likely to drop out of school than other girls, they face greater pregnancy-related health risks than women, and their babies are more likely to have health problems. Married girls are more likely to face domestic violence than woman who marry later. Additionally, child marriage sinks families deeper into poverty.”

Although Pakistani law currently sets the legal marriage age at 16 for girls and 18 for boys, a recently proposed bill by Senator Sherry Rehman seeks to completely ban marriage before 18 years of age. At present, reports by the Pakistani media suggest that the amendment to the Child Marriage Restrain Act, 1929, is poised to be approved; with the blessing of the Senate committee on Human Rights as well as the ruling political party – Pakistan Tehreek -e-Insaaf.

Update (Jan 31st5.56PM UAE) According to the Pakistani newspaper, Express Tribune: “The Senate Standing Committee on Human Rights on Wednesday approved a draft bill raising the minimum age for marriage from 16 to 18 years, Express News reported.

The Child Marriage Restraint (Amendment) Bill, 2018 seeks to increase the minimum age by which women can marry after attaining the age of 18. Currently, the legal age for marriage for women in the country is 16 years, while that for men is 18 years. Minister for Human Rights Dr Shireen Mazari maintained that Tehreek-E-Insaf had no objection on the proposed amendment and that the proposed bill would be tabled in the parliament next month.”

While numbers of child marriage are decreasing gradually all over the world, Bangladesh has one of the highest early marriage rates. According to Girls Not Brides, “Child marriage is more prevalent in rural areas where 71 percent of girls are married before the age of 18 compared to 54 percent in urban areas.” Ironically, the country is a member of the South Asian Initiative to End Violence Against Children (SAIEVA) which had adopted a regional action plan to end child marriage. “The government had also begun developing, under the leadership of the Ministry of Women and Child Affairs, a national action plan to eliminate child marriage 2015-2021. However, progress on adopting and implementing the plan has stalled in the face of backlash against recent regressive legal proposals.”

The situation is dire, when it comes to Yemen, where half of the girls are married before turning 18 and some are even as young as eight years of age. While there is no legal marriage age for a girl, the main driving force behind it are extreme poverty, practice of dowry and cultural norms. And with the onset of conflict, the country has seen a rise in child marriages. According to Girls Not Brides, “a recent study estimated that over 65 percent of Yemeni girls are married off before 18, compared to 50 percent before the conflict.” In 2009, Safe Age of Marriage was launched but the country’s instability has currently destabilized all such initiatives that aimed at educating and empowering women and girls.

Talking about the impact of conflict and a girl’s vulnerability, Mandy further says: “Conflict devastates millions of lives across the world, forcing families to adopt negative coping mechanisms to survive. Poverty plays a role and the rich exploit the vulnerable.”

Numerous instances have been found even in developed countries such as the UK and US where parents, according to Mandy, “force their children to marry and often justify their behavior as protecting their children, with the claim of building stronger families and preserving cultural or religious traditions. Some parents come under significant pressure from their extended families to get their children married off. In some instances, marriage agreements are solidified even when the children are very young. Some of the key motives that have been identified are: family honor, peer group or family pressure, attempting to strengthen family links, ensuring land, property and wealth remain within the family, protecting perceived cultural ideas (which can be misguided or out of date), protecting perceived religious ideals that are misguided, preventing ‘unsuitable’ relationships, for instance outside the ethnic, cultural religious or caste group, controlling unwanted behavior that falls outside cultural norms, long standing family commitments, assisting claims for residence and citizenship. While it is important to have an understanding of the motives that drive parents to force their children to marry, these motives should not be accepted as justification for such an act.”

While in rural parts of Pakistan, India, Bangladesh etc – all agrarian societies – families traditionally marry off girls even in their adolescence, bride and groom abductions are common in central Asia, Eastern Europe as well as in Oriental Asia.

Mandy says: “Bride kidnapping, also known as bridenapping, marriage by abduction or marriage by capture, is a practice in which a man abducts the woman he wishes to marry. Child and/or forced marriage is a fundamental violation of human rights with far-reaching consequences not only to the individuals directly involved but also the well-being of the entire society.”

According to the Office of the High Commissioner of Human Rights: “Women in Kyrgyzstan suffer grave and systematic violations of their human rights due to a culture of abduction, rape and forced marriage, the UN Committee on the Elimination of Discrimination against Women found in an inquiry published today (September 18th, 2018) into so-called “bride kidnapping” in the country.” Findings of the inquiry showed grave violations of human rights by Kyrgyzstan by failing to protect and “assist victims and to prosecute and adequately punish perpetrators of bride kidnapping.”

Essentially, bride or groom abduction – as the name suggests – when an individual (male or female) are kidnapped either in a community or taken out of the country and are then forced into getting married through blackmail or abuse.

Mandy says: “Bride kidnapping, also known as bridenapping, marriage by abduction or marriage by capture, is a practice in which a man abducts the woman he wishes to marry. Child and/or forced marriage is a fundamental violation of human rights with far-reaching consequences not only to the individuals directly involved but also the well-being of the entire society. Practices such as bride kidnapping, forced marriage or Ala-Kachuu do not belong to the culture and tradition of Kyrgyzstan but are a violation of the rights of vulnerable people. Putting a white cloth on a girl’s head means a done deal. Often girls live a life of sexual violence and a life of servitude. Often girls are abandoned and shamed. It happens across the globe.”

Concluding, she adds: “Most people in Kyrgyzstan view the practice as a tradition rather than a crime. There is such a thing as “consensual” bridenapping, where the bride agrees to be taken as part of a custom, but a more violent  kidnapping ends up in a life of abuse. The lack of awareness, and therefore absence of appropriate worldwide campaign on the issue, leaves little hope for women. We need better awareness regarding issues of forced and or child marriages as well as kidnapping be it the bride or the groom.”

The main reason for extremely high rates of child marriage in Bangladesh – 66 percent of girls as per a UNICEF report – or any other country for that matter is mainly due to poverty coupled with a patriarchal mindset that bolsters the creation of an unequal society. While regulation is crucial in the fight against the problem of child or forced marriage, it is equally important to educate families, women and especially men about the repercussions. Moreover, without proper implementation of laws and onboarding authorities to actively participate and take action against perpetrators, ridding ourselves of this disease will remain a distant notion. At the end of the day, it is really about all members and sections of society working together to weed out problems of violence, coercion and injustices.

Tapping into economic possibilities via tech in rural Kenya