A global first for Uber, the feature aims to provide greater access to economic opportunities for Saudi women, whilst being mindful of the cultural context. 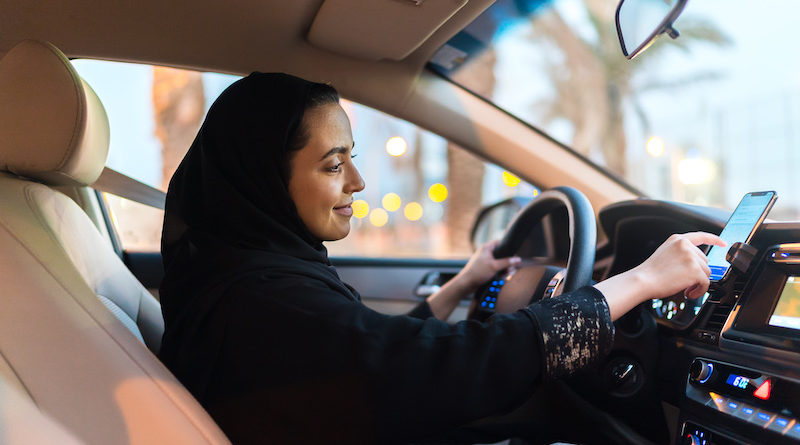 April 15th, 2019, Riyadh (Saudi Arabia): Today, Uber announced the launchof a new “Women Preferred View” feature for women drivers in Saudi Arabia, which provides them with a choice in selecting a preference to be connected to women riders. A global first for Uber, the Women Preferred feature underwent a pilot run last year and thanks to its popularity has now been incorporated as a full-fledged feature exclusive to women drivers in Saudi Arabia.

The launch of this unique feature comes on the back of Uber’s Masaruky initiative that aims to increase women’s participation in the workforce through access to affordable transportation, in addition to increasing women’s access to flexible, part time economic opportunities through the use of Uber technology.

The newly introduced feature is designed to meet growing interest from Saudi women seeking to benefit from the flexible economic opportunity that Uber provides, and Uber’s ongoing efforts to be mindful of the cultural landscape in Saudi Arabia.

The feature, exclusive to Saudi, falls under ‘Masaruky’ and is designed to give women driver-partners in Saudi Arabia the choice to select a preference of women riders

Commenting on the announcement, Tino Waked, General Manager of Uber Middle East and North Africa, said: “Last year we announced the launch of Masaruky, an initiative aimed towards empowering women with economic opportunities by providing accessible  transport solutions. We have seen an incredible response in the Kingdom thus far. As part of this initiative, this newly introduced feature will open new doors and opportunities for women as Uber driver-partners, while being conscientious of local cultural norms”

He further added “We launched this feature in response to the feedback we received from women drivers in Saudi Arabia and we are committed to always being thoughtful of how we can always improve their experience driving on the app. This is just the start, and we will continue working with experts to leverage our external research as we move forward to ensure that this is in the best interest of women driver-partners in the Kingdom”

The new feature was introduced after months of research to understand the perspectives of Saudi women on transport and driving, followed by a pilot run last year. Uber’s research, carried out in collaboration with Ipsos, in February 2018 found almost 31% of those surveyed indicated that they were interested in driving as an earnings opportunity. In a more recent study, the company also found that 74% of prospective women drivers interviewed would only be interested in driving women riders.

Since its pilot run last year Women Preferred View has connected female driver-partners with female riders at the push of a button across the Kingdom. To learn more about Uber’s initiatives for women in the Kingdom, please visit the new registration portal.

Uber’s mission is to create opportunity through movement. We started in 2010 to solve a simple problem: how do you get access to a ride at the touch of a button? More than 10 billion trips later, we’re building products to get people closer to where they want to be. By changing how people, food, and things move through cities, Uber is a platform that opens up the world to new possibilities.

A Lens on the Vision of Inclusion

Going beyond the Gender Rule Debate