Findings show that despite having the aspirations to lead, girls and young women have extremely negative perceptions of what being a female leader involves. 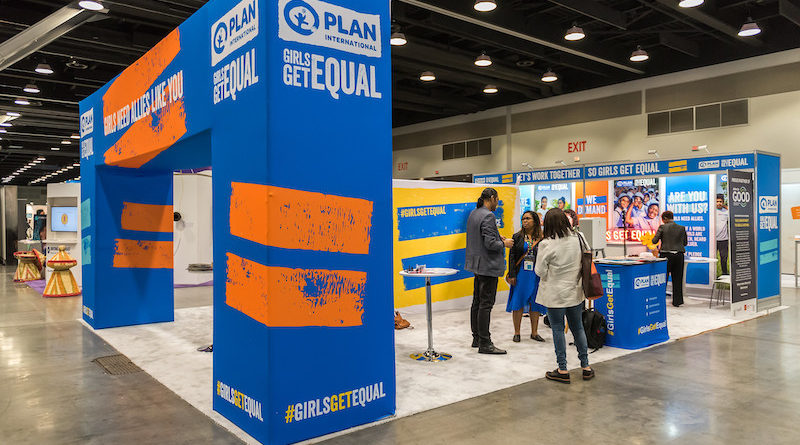 A vast majority of girls worldwide want to take leadership positions in the workplace, politics and wider society, yet more than 9 out of 10 believe as women leaders they will suffer widespread discrimination and sexual harassment, reveals new research by child rights organization Plan International.

Close to 10,000 girls and young women between 15 and 24 years were surveyed in 19 countries as part of the research being released on June 4that Women Deliver 2019 – the world’s largest conference on gender equality, recently concluded in Vancouver, Canada.

Of all girls and young women surveyed, 76% said they aspired to be a leader and over 60% said they felt confident of their abilities to lead. At the same time, 94% believed that being a leader involved being treated unfairly as compared to men and 93% felt female leaders experienced unwanted physical contact. Alarmingly, this perception was stronger amongst young women who had some experience of leadership than those who had none.

Anne-Birgitte Albrectsen, CEO of Plan International, said: “The findings show that despite having the aspirations to lead, girls and young women have extremely negative perceptions of what being a female leader involves.”

“No matter where you are – USA or India, Japan or Sudan – for girls and women globally, being a leader means discrimination and harassment. That’s a major deterrent. In light of this, it’s not surprising that only 24% of parliamentarians worldwide and only 5% of Fortune 500 CEOs are women. There can’t be any gender equality without girls and young women at the decision-making tables.”

The report: Taking the Lead: Girls and Young Women on Changing the Face of Leadership, is first of its kind that shines a light on girls’ and young women’s leadership aspirations, perceptions and real experiences across diverse societies and economies across the globe. It is jointly produced with the Geena Davis Institute on Gender in Media.

“The findings show, if something isn’t done urgently, generations of girls will continue missing out on their ambition to become leaders and to have an influence on the areas of society, work, politics, community and family life. Action is needed by all, across societies and governments to support girls’ aspirations to lead and remove barriers that hold them back,” said Ms Albrectsen.

The research was undertaken by Plan International as part of its global campaign Girls Get Equal that aims to meet this challenge. It supports girls and young women to have equal power and the freedom to challenge and change the stereotypes that limit their potential. Promoting young female leadership is central to the campaign.

Additionally, in-depth discussions were also held with 360 girls and young women in five countries: India, Dominican Republic, Japan, Senegal and South Sudan. They spoke of how they are undervalued, undermined and underestimated, and excluded from the decisions that affect them in their homes, schools, work and wider society.

“I find it unacceptable that women’s place is only at home. Women should be educated and participating in the change of their country,” said a young woman from Senegal.

The report provides evidence that deep-rooted stereotyping and widespread discrimination influence and shape girls’ ambitions, limiting their sense of what is both possible and appropriate for them. The harsh reality cuts across continents, cultures and economies.

“In Japan, there is still prejudice and men are more likely to become a leader and reach higher rank. Many say – the nail that sticks up gets hammered down. Everyone should be eligible to pursue higher rank, but if it’s a girl who has a dream or ambition to become a leader, people start criticizing. It’s true of any woman who is working to become a leader,” said a teenage girl in Japan.

The report states that education, family support and early leadership opportunities play a critical role in building up girl leaders.

“It is absolutely critical that all efforts for gender equality must involve working with families, local leaders and communities to create strong support for girls’ leadership aspirations and to challenge the stereotypes around girls’ roles and responsibilities,” said Ms Albrectsen.

“It is equally important that everyone – communities, governments, private sector, media and most importantly boys and men are involved in ending sexual discrimination and harassment against girls and women – including those in leadership positions,” she added.

Plan International is an independent development and humanitarian organization that advances children’s rights and equality for girls.

We believe in the power and potential of every child. But this is often suppressed by poverty, violence, exclusion and discrimination. And it’s girls who are most affected. Working together with children, young people, our supporters and partners, we strive for a just world, tackling the root causes of the challenges facing girls and all vulnerable children.

We support children’s rights from birth until they reach adulthood. And we enable children to prepare for – and respond to – crises and adversity. We drive changes in practice and policy at local, national and global levels using our reach, experience and knowledge.

We have been building powerful partnerships for children for over 80 years and are now active in more than 75 countries.

About Geena Davis Institute on Gender in Media

The mission of the Geena Davis Institute on Gender in Media is to engage, educate, and influence media content creators, marketers, and audiences about the importance of eliminating gender bias and stereotypes in media.

The Institute has amassed the largest body of research on gender prevalence in family entertainment, spanning more than 20 years. Research findings are in high demand by companies and organizations interested in the empowerment of women and girls.

The Institute’s research serves as the basis for education and outreach programs that help families, studios, educators and content creators become critical consumers and producers.

IN FOCUS – WD2019: PEPFAR Will Invest Nearly $2 Billion This Year to Empower and Support Women and Girls