IN FOCUS – WD2019: PEPFAR Will Invest Nearly $2 Billion This Year to Empower and Support Women and Girls 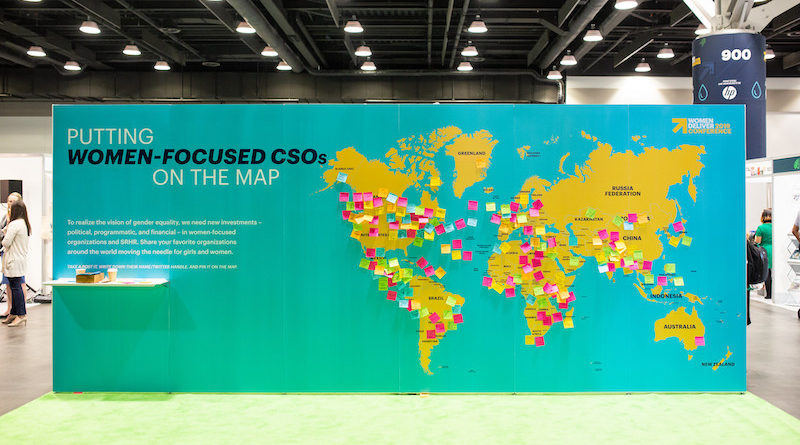 At the recently concluded Women Deliver Conference in Vancouver, Canada, the U.S. government announced that it will invest nearly $2 billion this year to advance gender equality by supporting millions of women and girls through the U.S. President’s Emergency Plan for AIDS Relief (PEPFAR).

“Through PEPFAR, the U.S. government is deeply committed to gender equality,” said Ambassador Deborah L. Birx, M.D., U.S. Global AIDS Coordinator and Special Representative for Global Health Diplomacy. “We are putting resources and actions behind our words by investing nearly $2 billion this year to save and improve the lives of millions of women and girls. We believe that every girl, every woman deserves equality, health, and the opportunity to realize her dreams.”

PEPFAR investments this year will prevent more girls from contracting HIV at birth, keep them HIV-free through their adolescence, support female orphans and vulnerable children and their female care-givers, and provide lifesaving treatment to HIV-positive women. Such investments will also address key structural drivers of girls’ vulnerability to HIV and other risks, including gender-based violence, limited educational opportunities, and barriers to economic participation. Hundreds of thousands of HIV-positive women in Sub-Saharan Africa will be screened for cervical cancer, the leading cancer killer of women on the African continent. Perhaps most importantly, through PEPFAR investments, girls and young women will be meaningfully engaged on all issues impacting their lives to help them reach their full potential.

Nearly $200 million of the investment will be channeled through PEPFAR’s flagship DREAMS public-private partnership with the Bill & Melinda Gates Foundation, Girl Effect, Johnson & Johnson, Gilead Sciences, and ViiV Healthcare. Since 2015, the DREAMS Partnership has provided more than $800 million across 15 African and Caribbean countries for adolescent girls and women, enabling them to be Determined, Resilient, Empowered, AIDS-Free, Mentored, and Safe.

PEPFAR’s longstanding commitment to women and girls continues to yield lifesaving results. Through DREAMS, new HIV diagnoses among adolescent girls and young women have been reduced by over 25 percent in the majority of the partnership’s intervention regions; 85 percent of these regions showed additional declines in 2018. As of March 30, 2019, PEPFAR supports HIV treatment for 9.3 million women and girls and assists 2 million female orphans and vulnerable children ages 0-17 years. The program also has enabled over 2.4 million babies to be born HIV-free to HIV-positive mothers who have the treatment they need to stay healthy.

PEPFAR is the United States government’s response to the global HIV/AIDS epidemic, which has invested over $85 billion since 2003 – the largest commitment by any nation to address a single disease in history. Through the compassion and generosity of the American people, PEPFAR has saved 17 million lives, prevented millions of HIV infections, and helped transform the global HIV/AIDS response. For more information, please visit, and connect with PEPFAR onwww.pepfar.gov Twitter, Facebook, Instagram and YouTube.