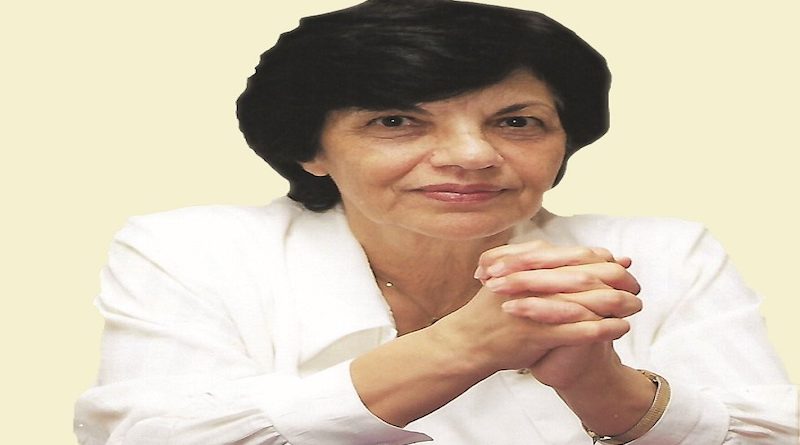 October 29th, 2019, Sharjah (UAE): The Sharjah Book Authority (SBA) has announced Lebanese author and critic Dr Yumna Al Eid (also known as Hikmat Sabbagh) as the Cultural Personality of the Year at the 38th edition of Sharjah International Book Fair (SIBF), which will run from October 30 to November 9 at Expo Centre Sharjah, with the participation of 2,000 publishers from 81 countries.

The selection of Al Eid is in recognition of her work in the literary world for more than four decades. Throughout her career, she conducted many studies and research in literary criticism, comparative criticism, literary documentation and historical approaches, among other subjects.

Narrative Techniques, published in 1990; Marxism and the Philosophy of Language of Mikhail Bakhtin, and Writing, Transformation in Transformation, an Approach to Literary Writing During the Lebanese war (1993); The Art of the Arabic Novel, Between the Specifics of the Story and Distinguished Messaging; and many others.

Speaking about the selection of Al Eid, HE Ahmed bin Rakkad Al Ameri, Chairman of SBA, said: “Celebrating accomplished Arab intellectuals is an integral and focal pillar of SIBF. The book fair is not only an exhibition for new Arab and international titles, but also a cultural project founded on the vision of His Highness Sheikh Dr. Sultan Bin Muhammad Al Qasimi, Member of the Supreme Council and Ruler of Sharjah, focused on advancing Arabic culture, building bridges between civilisations and providing a platform for the young generations to continue on the path of renowned Arab intellectuals, authors, poets, and scientists.”

“It is the right of influential and accomplished Arab literati to be celebrated. Their accomplishments should represent our Arabic culture and become a role model for the young Arab generations. For more than 40-years, Dr Yumna Al Eid has enriched Arabic libraries with valuable content and is a household name in Arabic literature studies. By hosting her as ‘Cultural Personality of the Year’ at SIBF, we are paying our respects and  celebrating Arab intellectuals for their valuable contributions to the Arab civilisation,” he continued.

Dr Yumna Al Eid obtained her PhD in Arabic literature from Sorbonne University, and worked as a lecturer at various universities in Tunis, Yemen and France. She has participated in literary and intellectual conferences, and symposia in many Arab and western countries. She also officiates as the head juror of many literary events, including the International Prize for Arabic Fiction.