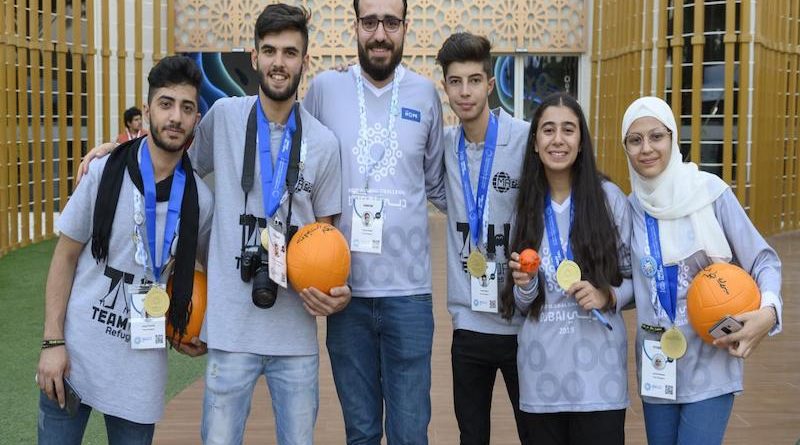 October 29th, 2019, Dubai (UAE):  Team Hope led the winning four-team alliance to a dramatic victory in the grand final of the FIRST Global Challenge 2019 in Dubai. The third edition of the annual robotics competition – the first to be hosted outside the Americas – drew the participation of more than 1,500 students from 191 countries.

Given the context of their inspirational journey to the finals, their victory embodied the team spirit that brought the international community together in a bid to provide technological solutions to the major issues affecting the planet’s marine life under this year’s theme ‘Ocean Opportunities’.

Under the slogan ‘United by Land, Connected by Oceans’, the global youth robotics event resonated with humanity’s wider ambition to motivate people from around the world to clean up our oceans to build a brighter future for our planet.

Hosting a competition with such a crucial ethos at its core underscored the UAE’s message of tolerance, in addition to the underlying philosophy of the FIRST Global Challenge – to provide a global platform for talented young people to leverage the power of collaboration and communication to tackle environmental challenges.

Launched by His Highness Sheikh Hamdan bin Mohammed bin Rashid Al Maktoum, Crown Prince of Dubai and Chairman of The Executive Council of Dubai, and organized by Dubai Future Foundation, the FIRST Global Challenge 2019 in Dubai hosted more than 1,500 students aged 14-18 from 191 countries from October 24 to 27.