The first edition of the SDGs Impact Summit held in India urges cross sector collaboration between the Global North and Global South. 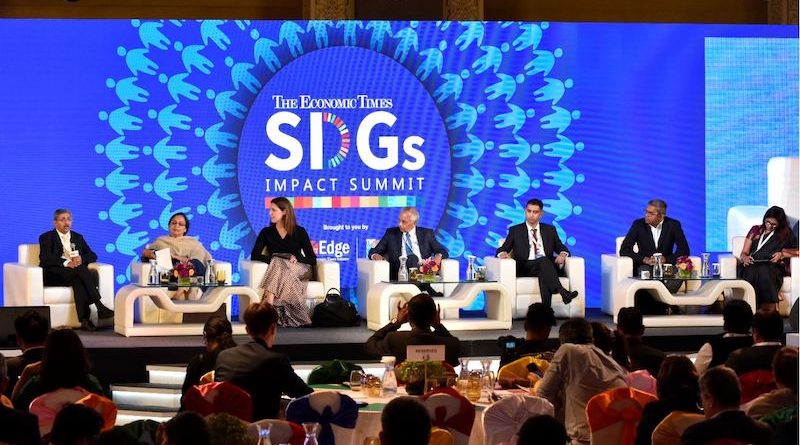 November 21st, 2019, New Delhi (India): The inaugural SDGs Impact Summit was held in New Delhi at the Taj Palace Hotel, convening 500+ international delegates, panelists, change makers, activists and influencers rallying to propel the momentum of the Sustainable Development Goals (SDGs) by 2030. The summit was conceptualized by The World We Want a global impact enterprise, working to accelerate the progress of the SDGs though global coalition building.

With only 10 years left to achieve the SDGs, the high-level international forum, conceptualized with a special focus on unlocking the innumerable potential of a collaboration between the Global North and South, was hosted to bring the focus to India, the world’s youngest and second most populous country.

The Summit featured Plenary and Speed Talk Sessions as well as a Hackathon in search of the next generation of disruptors. Audiences within and beyond the Global South were encouraged to mobilize urgent action to address some of the pressing issues of the decade including climate change, inequality, poverty, gender equality, education and health, broadly segmented into four thematic areas – People, Prosperity, Planet and Partnerships.

The issues covered spanned environmental, the housing crisis in Hong Kong and the need for sustainable cities, water and sanitation, women’s health and sustainability practices. Some of the high-profile speakers included:

The Chief Guest of the summit was Shri Gajendra Singh Shekhawat, the Minister of Jal Shakti, who is aligned to Indian Prime Minister Narendra Modi’s vision of Har Nal Mein Jal, a scheme to offer piped water to every rural house by 2024. His participation at the Summit was also timely, with World Toilet Day taking place on the 19th of November. Speaking about India having the responsibility of being the benchmark and role model for the world today, the Minister said: “India is now successfully moving towards maximum sustainability and is one of the leading countries focusing on SDGs.” 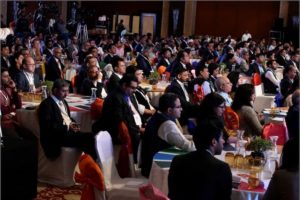 A special SDG Six, Clean Water and Sanitation session also took place with the participation of leading organizations and individuals powering efforts in the sector. The co-founder of Water.org, a global non-profit organization working to bring water and sanitation to the world, Gary White delivered a video address. Gary White touched upon the importance of sustainable management of water resources and sanitation systems and the important role of India as a thought leader and catalyst for global action: “Universal access to safe water is a human right, which many of us take for granted. Yet over two billion people in the world are faced with daily challenges in accessing safe sanitation and water. That’s a quarter of the world’s population. SDG6 – Clean water and sanitation is a critically important clarion call for sustainable management of water sources and sanitation systems, which contributes to at least 14 of the 17 SDGs. We must continue this progress in India and the Global South as the key thought leaders as the catalyst for global action. Together we can and will ensure our children are walking to school to learn and thrive instead of walking miles to the nearest water source.”

During the inaugural session on the possibilities for re-modelling our world economy to focus on wealth creation backed by Environmental Social and Governance factors to encourage purposeful investments, a special video address was also delivered by Paul Polman, Chair and Co-Founder of IMAGINE and ex-chair of UNILEVER, who spoke about the need for a global North – South partnership. He said “It is clear that the world cannot achieve the SDGs without multi sector cross continental collaboration. Indeed, I am absolutely convinced we will only realize the global goals provided we work together in deep and purposeful collaboration for maximum speed, scale and impact. Goal 17 is on partnership and is probably the most important one. As an African proverb says, alone we can go fast, together we can go far. That is what we want to do.”

A special panel titled Let’s Talk, conceptualized by global supermodel, philanthropist and investor Natalia Vodianova, featured at the event. Let’s Talk uses the power of conversation to address some of the taboos and stigma that are pervasive in our society, particularly surrounding women’s health. The panel was powered by Niine Sanitary Napkins – India’s homegrown and affordable challenger sanitary napkins brand. Speaking on panel Natalia Vodianova said: “I want to address this from a male point of view. Imagine you are going to the toilet, as we do every day, and there is no toilet paper and no soap available. What would you do? You would be outraged! Now think about a woman, who has no access to sanitary products! We have been numbed by the stigma and shame that even us women will not even make a noise about this.

“I want businesses to think about a step as simple as placing products in their bathrooms. It has the power to create such a change for your female employees. This stigma is a global issue and it has gone on for long enough. The pad is something we all use – it is not alcohol, it is not a gun, yet people talk of it as if it is the worst thing in the world! I’m inspired to change this, and to create a conversation to change these facts.”

The summit concluded with a special video message delivered by Richard Curtis, filmmaker and UN SDGs Advocate: “I am an advocate for the SDGs, because they are the best plan that the world has got. The whole plan of the SDGs is to make us the first generation to end extreme poverty, the most determined generation to defeat inequality and injustice and the last generation to be threatened by climate change. In 2020 we are having a super year of campaigning, super year of planning, super year of progress to push leaders to doing things that they are asked for, and following the examples of the many individuals, companies, NGOs and campaigners are year.” 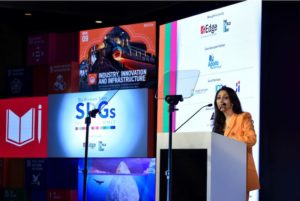 Speaking about the launch of the summit, Natasha Mudhar, Founder of The World We Want and India Director for the campaign to popularize the SDGs when they were launched in September 2015 to 1.3bn people in India, said: “I’m delighted with the response, support and engagement that the Summit received. To achieve the SDGs by 2030, we need a truly global effort of cross- sector collaboration, where East meets West, Private Sector meets Public, business meets government, innovation meets investment, entrepreneur meets activist. Taking this one step further, we also need cross-continental collaboration, where the Global North and South align. The SDGs Impact Summit aims to provide the key to the padlock – to bridge this economic and resource divide, by connecting borders, unleashing innovation and localizing solutions to address complex world issues. The inaugural Summit certainly created an initiation in the discussion, but we don’t want the curtain to fall here. It’s now time for the advocacy to become action and this requires sustained ongoing discussion across the proceeding decade.”

The 17 SDGs were first established at the United Nations General Assembly in 2015 by 193 world leaders, with a commitment to ending global poverty, reducing inequalities and tackling climate change by 2030.

About the SDGs Impact Summit

The SDGs Impact Summit is a high-level international forum with a special focus on unlocking the innumerable potential of a collaboration between the Global North and South in accelerating action on the Sustainable Development Goals (SDGs). Whilst the Global North holds one quarter of the world’s population and controls four- fifths of the world’s income, the Global South inversely bears three quarters of the world’s population and has access to only one fifth of the world’s income. The SDGs Impact Summit has been specifically conceptualized to bridge this economic and resource divide, by unlocking borders, unleashing innovation and localizing solutions to address complex world issues and explore solutions to achieve the SDGs by 2030. The multi-sector event will convene a dynamic coalition of sector leaders and changemakers across business, celebrity, polity, academia, NGOs and activists to encourage on-ground action through Plenary and SpeedTalk sessions, Hackathons, SDGs Marketplace and other impactful activities. The annual summit will be an interactive space for coalition building and to galvanize action within and with the Global South to address some of the pressing issues of the decade including climate change, inequality, poverty, hunger, gender equality, education and government accountability, broadly segmented into four thematic areas– People, Prosperity, Planet and Partnerships.

About The World We Want

The World We Want (WWW) is a global impact enterprise working with organizations and individuals to accelerate the progress to achieving the UN’s Sustainable Development Goals by 2030. WWW aims to utilize its global reach and expertise to convene governments, corporations, celebrity and popular culture. government, campaigners, civil society, individuals and not for profits, leveraging ideas, networks and technologies to bring visions to life and create sustainable solutions. The World We Want will be powered by “Accelerator” ventures aligned to the Sustainable Development Goals, with a focus on convening leading organizations, corporations, public figures including celebrities, campaigners and thought leaders around the world to awaken social consciousness and drive meaningful change. Ventures include using expertise to help organizations add real meaning to the lives of stakeholders, identifying and developing the change makers of the future, empowering the world’s citizens through supporting open data policies, harnessing the power of celebrity and pop culture to entertain and inspire audiences and supporting critical impact projects through an ethical investment fund. With an international team, WWW has been co-founded by Teji Singh and Natasha Mudhar, seasoned entrepreneurs with a commitment to doing well, by doing good. They are also the driving force behind the award-winning global business and communications consultancy Sterling Group.