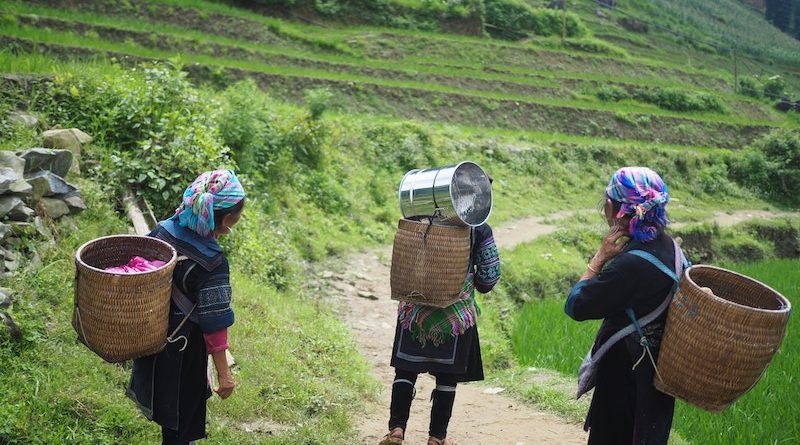 IIX successfully closed the US$12 million Women’s Livelihood Bond 2 (WLB2), IIX’s second multi-country gender bond to be listed on the Singapore Exchange. WLB2 will create sustainable livelihoods for more than 250,000 underserved women in the region. This is the second bond in IIX’s award-winning WLB Series, which boasts investors from the U.S., Asia, Europe, Australia and New Zealand.

“2020 will be a critical milestone in accelerating progress for women’s economic empowerment across the Asia-Pacific region. We are proud to announce our partnership with IIX’s Women’s Livelihood Bond Series, which embodies the bold innovations that are needed to advance progress for the world’s poorest communities,” said United Nations Under-Secretary-General and Executive Secretary of ESCAP Ms. Armida Salsiah Alisjahbana.

The US$150+ million WLB Series are debt securities that will create sustainable livelihoods for over 2 million women across Asia through innovative finance. The WLB Series are the first listed gender lens bonds for several countries in Asia, including Indonesia, India, Sri Lanka, and Cambodia. The WLB Series’ key innovations include: (1) being the world’s first gender lens instrument listed on a stock exchange; (2) creating a deep impact investment product suitable for institutions and private banking clients; and (3) demonstrating scalability and replicability across geographies and sectors.

Private investors in the WLB Series will benefit from first loss capital provided by The Rockefeller Foundation and a 50 percent loan portfolio guarantee provided by the United States Agency for International Development (USAID). ESCAP and UNCDF, with financial support provided by the Government of Canada through Global Affairs Canada, are providing additional funding to scale-up the WLB Series. This support extends the long-standing IIX partnership with USAID, which played a significant role in the success of the first Women’s Livelihood BondTM 1.

Judith Karl, Executive Secretary of UNCDF said: “The United Nations Capital Development Fund is glad to support the IIX Women’s Livelihood Bond. Our work, as a UN agency dedicated to making finance work for the poor, depends on innovations like this one that we help to test, roll out, and scale up. We are glad to work with IIX, United Nations ESCAP, The Rockefeller Foundation and other key partners to demonstrate that viable investment vehicles can be created to attract finance from the international capital markets to the countries and people that need it most.”

“As one of the first supporters of Impact Investment Exchange, we are excited to participate in the second Women’s Livelihood Bond. The Women’s Livelihood Bond products are a prime example of catalytic capital at work – where risk-tolerant, impact-prioritizing funding is leveraged to unlock private sector capital. In this case, Rockefeller’s investment is expected to be amplified at least ten times by private investors, bringing critical funding to women-focused enterprises in Southeast Asia,” shared the Rockefeller Foundation’s Managing Director of Innovative Finance, Lorenzo Bernasconi.

IIX’s CEO and Founder, Durreen Shahnaz, said: “IIX’s Women’s Livelihood BondTM Series is setting the stage for a new gender-empowered financial system where women are truly valued and given a voice. Starting with the Asia Pacific, we are building an entire ecosystem for gender lens investing by bringing together governments, businesses, multilateral organizations, and most importantly, investors, for women’s empowerment. Having demonstrated the success of this innovative financial product, we will be launching a series of bonds across new sectors and markets in the coming year.”

Demonstrating the scalability and replicability of the WLB Series, IIX will be launching the third Women’s Livelihood BondTM (WLB3) in 2020, and will build on the success of the WLB2 by expanding to include more countries and new sectors. The WLB2 is the first ICMA and ASEAN Capital Markets certified Social Bond focused on women’s empowerment.

Photo by Ives Ives on Unsplash