Chiamaka Adinnu dissects the dichotomy in sports, the challenges and wins of the female athletes in the past decade. 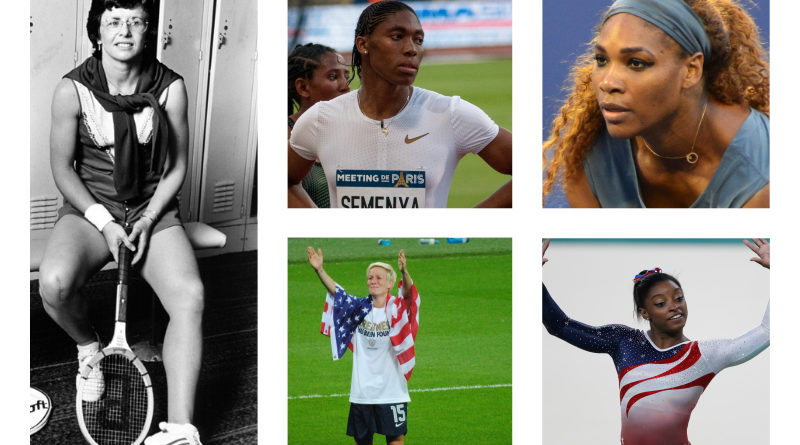 In the past decade, the world of sports has gained seen many interesting turn of events, more so because of the numerous laudable feats female athletes achieved. From breaking glass ceilings to challenging the status quo and pushing for equal pay, these female athletes have done much more than win. How have they been able to achieve all these, you may wonder?

They say “There is no success without challenges; no crown without thorns”. This saying has been proven true for sportswomen in the past decade. They have had several challenges dished and rehashed in various forms, some of which includes;

A typical example is the controversies surrounding Serena Williams’ outburst during the Grand Slam in 2018. Her outburst of frustration was immediately misconstrued and raised such global outrage that it is yet to fully quieten down even after the passage of a year. This is of course lenient to what Serena had to endure when compared to the ridiculous actions taken by Mark Knight, the editorial cartoonist of the Herald Sun, who made a sketchfollowing the incident, where Serena was depicted as a baby because of her outburst.

In addition, strict penalties exist for female athletes who – mistakenly or not – flaunt permissible on-court decorum laws that are seemingly designed for only sportswomen. Take for instance, the penalties Alize Corner faced during a tournament for briefly taking off her shirt on court when she realized it was on backwards. Let’s not forget the new dress code announced by the French Tennis Federation which conveniently banned Serena Williams from wearing a catsuit that was designed to prevent blood clots which threatened her health after giving birth. On what basis was this catsuit banned? It was simply termed disrespectful of the game, with no consideration made for the health of the athlete.

In the past decade, female athletes have experienced numerous wins, some personal to their respective career and others general in their collective fight against gender discrimination.

Some of the notable female athletes and their personal wins of the decade includes; 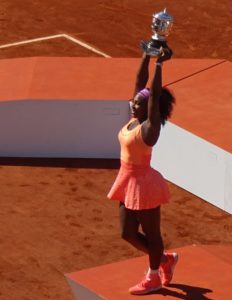 SERENA WILLIAMS – A dominating figure in the world of tennis, Serena is hailed by many sport professionals as one of the best female tennis players in the Open Era. She has also been befittingly dubbed as the greatest tennis player of all times. With four Olympic gold medals, 23 grand slams and 72 other career singles titles, Serena topped it off with what I consider her greatest achievement of the decade by winning a Grand Slam championship in 2018 while pregnant. An astute businesswoman with a clothing line, Serena has not only been able to prove that success can be achieved with determination, she’s also directly and indirectly contributed to the recent decline of sexism in sports when her on-court behavior sparked heated debates about sexism. She’s also at the forefront in the fight against pay disparity and through her, many athletes and non-athletes are speaking up in favor of pay parity.

SIMONE BILES AND ALY RAISMAN – Harassment is one challenge female athletes face, but which are hardly ever spoken of. Aly Raisman, Simone Biles as well as other prominent U.S.A gymnasts turned the tables when they became very vocal about the sexual abuse which they faced in the hands of former team doctor Larry Nassar. Traumatized but yet vowing to protect future athletes from such abuse, Aly Raisman granted audience to several news outlets, spoke in court and authored a detailed book on the abuse meted out to her and the aftermaths. Her number one 2020 goal remains to push for reforms in USA gymnastics that would protect future athletes in ways she and her teammates weren’t privileged to have enjoyed.

On the other hand, Simone while being vocal about her abuse and pushing for workplace security, also kept adding colorful feathers to her cap and became known as the best gymnast of all time, the most decorated gymnast in world championship history with 25 medals, with 19 of them gold.

CASTER SEMENYA – In the world of sports where racism and violation of human rights exist, only female athletes of steel such as Caster Semenya would stand as tall as she did by taking the International Association of Athletics Federations (IAAF) to court and fight with all her strength over a prolonged period of time (2009-2019) for the right to participate as a female based on gender and not excluded because of a single parameter (hormonal/testosterone levels). Though the fight continues, the South African middle-distance runner has not just been winning in the past decade, but has now become the face of the international gender debate. In an article titled “Women blazed new trails and changed the rules in the past decade”, CBC sports reported that “Semenya’s standing at the frontier of a sociological and legal battle that will affect the future participation of many young athletes who don’t fall cleanly into the male or female categories”. 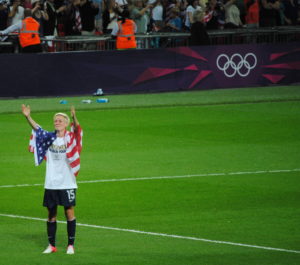 The US Women’s Soccer Team: The U.S. women’s national soccer team proved their dominance at the 2019 Women’s World Cup by defeating the Netherlands 2-0 in the championship match. But the actual win has been co-captain Megan Rapinoe’s social activism, raising voice against inequality in sports and demands for equal pay.

THE ROLE OF MEN IN CORRECTING THE DICHOTOMY

In the numerous wins of these female athletes, a significant role has been played by a few men who are gender advocates. The ray of hope shines brighter because these prominent men also found the double standards against women particularly frustrating. James Blake, the Miami Open Tournament director and former top-five tennis player, inferred the obvious sexism at plsu in sports when he said that “The sport definitely has a double standard when it comes to perception”.

On the same hand, Billie Jean King, whose life story and gender equality activism was recently chronicled in the film Battle of the Sexes, states in reference to the outburst by Serena Williams and the aftermath, that the situation exemplifies a “double standard.” In several gender advocating tweets following the outburst, Billie ensures to make his stand known and paves a path for other men to follow in correcting the dichotomy in sports.

Everyone has a role to play in correcting the dichotomy in sports. The future female generation deserves a life not limited by gender or any other society-imposed factors; a life that doesn’t include judgements from all angles; or requires that our females go above and beyond to prove themselves capable for every morsel that falls off the table in a world that favors only men.

Like Serena Williams said, “I have a daughter and I stand up for her“, we all can decide to fight for our female children today. The future is female and together, we can achieve the change we desire to see in our society.