This year’s Annual Meeting will feature the participation of a wider array of climate heroes than ever before. 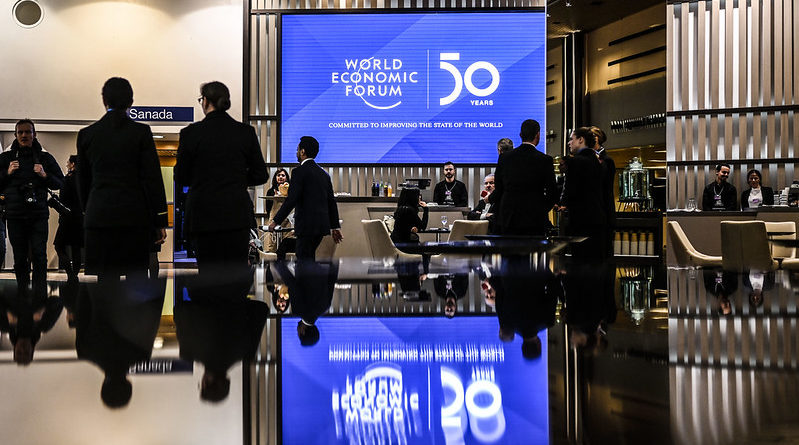 January 20th, 2020, Davos-Klosters (Switzerland): This year’s World Economic Forum 2020 Annual Meeting will be more action-oriented than ever. Or, in the words of Founder and Executive Chairman Klaus Schwab, a “Do shop, not a talk shop.” Helping bring about systemic change to return our planet to a sustainable path will be an unprecedented number of leaders from across civil society making progress at the community, national and global level, including:

The World Economic Forum is also showcasing a series of installations, including Partnering with Nature, developed in collaboration with the Cooper Hewitt, Smithsonian Design Museum, the Algae Platform by Atelier Luma and Department of Seaweed by Julia Lohmann, two projects exploring the potential of algae as an alternative to conventional materials such as plastic; and Totomoxtle by designer Fernando Laposse which aims to reintroduce native varieties and restore indigenous farming practices in Mexico.

The meeting brings together nearly 3,000 global leaders from politics, government, civil society, academia, the arts and culture as well as the media. Convening under the theme, Stakeholders for a Cohesive and Sustainable World, participants will focus on defining new models for building sustainable and inclusive societies in a plurilateral world.

The World Economic Forum Annual Meeting brings together governments, international organizations, business, civil society, media, culture, foremost experts and the young generation from all over the world, at the highest level and in representative ways. It engages some 50 heads of state and government, more than 300 ministerial-level government participants and business representation at the chief executive officer and chair level. For further information, please click here.

View the best photos from the event

Follow the Forum on Twitter via @wef and @davos, and join the conversation using #wef20 and #FairerWorld

Learn about the Forum’s impact