#FlattenTheCurve Special: COVID-19: The Disproportionate Effect of Pandemics on Women

Chiamaka Adinnu sheds light on the issue of Coronavirus, highlighting the plight of women who are disproportionately burdened and affected in their position as primary caregivers of the society. 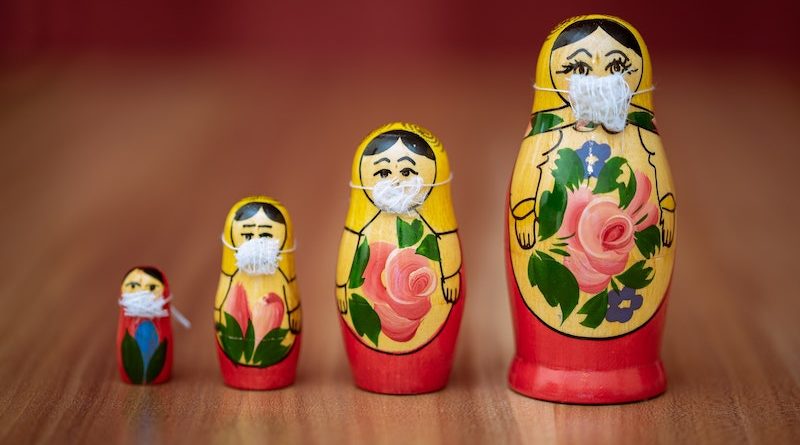 They say unprecedented times come up every once in centuries, and so here we are, living in such a time now. Rising panic, chaos, gripping fear, crippling grief, and increased death tolls are synonymous with this period. It is a new norm in our daily lives. Worldwide, the scenario is similar because the causative agent has exceeded the boundaries of a country or continent to reach humankind globally. But what exactly is behind this massive issue?

The answer is the coronavirus disease. The Coronavirus (also called COVID-19) is a viral infectious disease caused by a novel strain of coronavirus called SARS-CoV-2. This strain of virus belongs to a family of single-stranded RNA viruses which also affects mammals, birds and reptiles. This virus, which emerged in Wuhan, China in December 2019 has gradually spread to at least 177 countries and regions around the globe. There has been a record of more than two million confirmed cases and 170, 459 plus deaths (to date). Even with this extremely high figure, the values continue to increase with each passing minute.

While some countries (like Australia) were initially slow in their response to the COVID-19 emergency, they have realized the critical nature of this situation and joined other nations to put adequate measures in place. One of such common measure is the nationwide lockdown of schools, airlines, churches, markets and other public places. By doing so, the spread of this disease can be limited. Governments, public and private sectors as well as health organizations have increased efforts towards getting a cure or vaccine.

At the forefront of combating this global pandemic are caregivers, health personnel, laboratory staff, dietitians, morticians, cleaners, cooks, and porters. A majority of these positions are filled by women. According to the National Alliance for Caregiving (NAC) stated that almost two-thirds (65%) of caregivers are females.

Keeping these statistics in mind, it is no wonder the disproportionate effect of this pandemic fall on women. All over the world, this disproportionate burden on women is crushing, as they are exposed to not just disease itself, but to the fatigue and vulnerability that comes with tending to ailing patients. Of course, this is less compared to the increased trauma, anxiety, depression and other psychological disturbances that these caregivers undergo daily.

One would expect that the level of sacrifice, commitment and dedication that these female caregivers channel into to their work, especially in the face of this pandemic, would at least breed more conscientious efforts, respect and pay from the society. But no, this is not the case.  Worse to consider is the gender wage gap between female and male caregivers which is a stark reminder of the sad reality of our society; an unequal society with discriminatory policies against women. According to a 2018 survey carried out by Pew Research Center, women earned 85 percent of what men earned, that is an estimated 15 percent gender pay disparity. This gender wage gap an important reminder of the high costs women are paying for our nation’s policy failure. This glaringly unjust scenario begs the question; what can we do about this?

In the face of the current pandemic plaguing the entire world, the answers are not too far-fetched. Nations should ensure that there are adequate accommodation and support care system in place for female caregivers. Efforts should be made to relieve the mental and psychological stress and trauma that these women undergo. Gender-sensitive policies that are aimed at improving the rights and protection of female caregivers should also be adopted. Increased resources and incentives should be included in the budget to support them. Binding policies that will ensure gender pay parity especially in the healthcare sector should be adopted.

In general, there should be a paradigm shift in the society’s perception of caregivers. To achieve this, there is need for attitudinal change, research, training and recognition for those providing care. No longer should we expect women to shoulder 65% of the healthcare responsibilities. Men should also be encouraged to put equal efforts in caregiving the same way women do.

When female-friendly policies are enacted and implemented, the disproportionate burdens and effect of global pandemics (such as Coronavirus) on women can be significantly reduced. By doing this, not just women, but families, businesses, countries and the whole world will benefit from it.

Photo by Evgeni Tcherkasski on Unsplash

#FlattenTheCurve Special: The 4 Most Under-reported Stories on Coronavirus