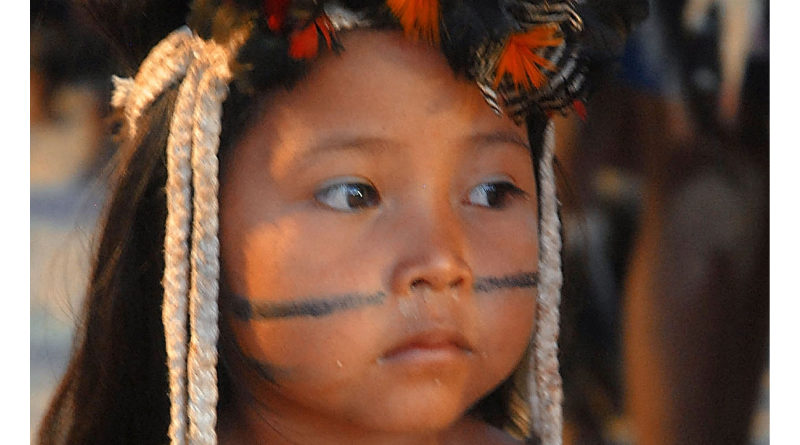 Illegal loggers are using the lack of law enforcement under the Covid-19 pandemic to move into indigenous territories in the Amazon. Andre Karipuna, leader of the Karipuna tribe, is receiving regular death threats for trying to highlight the plight of his people. Not only is the situation devastating the tribes’ resources and environment, but the loggers also bring the threat of viral infection.

Andre Karipuna is the 27-year-old leader of the Karipuna tribe, indigenous to the western Amazon, in the state of Rondônia. In the last few weeks he has documented land clearance and illegal logging taking place inside the Karipuna’s protected indigenous territory. Andre has filed a complaint with the federal public prosecutor’s office (Ministério Público Federal) but any action is likely to be delayed indefinitely due to the pandemic crisis.

Speaking to the Environmental Justice Foundation, Andre said: “We are desperate. Me and my brother are receiving regular death threats. We also fear infection by the loggers invading our lands. The Karipuna are a small isolated community, and just one infected person could rapidly pass the virus on to the whole tribe.”

The Karipuna’s case is not an isolated one in the Amazon. Illegal loggers are taking advantage of the vacuum created after environmental protection agencies scaled back law enforcement due to the COVID-19 outbreak. In addition, federal agencies such as the Brazilian Institute of the Environment and Renewable Natural Resources (Instituto Brasileiro do Meio Ambiente e dos Recursos Naturais Renováveis) suffered significant budget cuts last year. These cuts were a consequence of President Bolsonaro’s controversial development plans in the Amazon region, heavily supported by the agribusiness lobby groups. In February, Bolsonaro introduced a bill to open up indigenous lands to mining, agriculture and hydraulic energy production.

Today, the Karipuna community number only 58 people, and are one of the smallest and most vulnerable indigenous tribes in the region. Their protected territory is constantly invaded by loggers, ranchers and other land grabbers, and leaders like Andre face constant threats from those seeking to illegally exploit their land.

The Karipuna people know how lethal outside diseases can be, having experienced devastating population decline from flu and pneumonia after sustained non-indigenous contact occurred. This resulted in one settlement of Karipuna declining from 18 people in 1981 to just six in 1996.

The Uru-eu-wau-wau tribe, in the largest indigenous territory in Rondônia, has already lost one of its leaders. On the 18th of April, 33-year-old Ari Uru-eu-wau-wau was found dead. Officially, the cause of death has not been determined, but the Uru-eu-wau-wau people strongly deny the possibility of an accident. “No, it was definitely not an accident,” said Awapu Uru-eu-wau-wau, the 27-year-old chief. “I saw the marks of blows on his neck and body. He was stabbed with a knife.” The tribe members are calling for a thorough investigation. Ari’s tragic death follows another death of a prominent indigenous leader, Zezico Rodrigues Guajajara, of the Guajajara tribe in the state of Maranhão, who was assassinated on 31 March.

Violent threats by land grabbers in this ‘outlaw rainforest’ are only one of the difficulties indigenous people are facing during the Covid-19 outbreak. In the case of the Karitiana tribe, one of the poorest communities in the Rondônia region, food shortage is the most imminent threat. As indigenous people in the modern era also rely on products from markets in nearby cities, quarantine measures are making it extremely difficult to buy food. At the moment, no-one is permitted to enter or leave the village, except public health agencies such as the Indigenous Health Center (Casa de Saúde Indígena).

“It’s a very sad situation,” says tribe member Julia Karitiana. “The most difficult thing is not being able to get enough food. For example, we don’t have any oil or sugar. We try to feed ourselves with what we cultivate and by hunting. Tribesmen go to hunt wild animals but there are days that they return with no game at all. As we only have a small river passing by the village the fish are few and small.”

Local NGOs in the state of Rondônia such as Kanindé are offering help by distributing basic food baskets. The baskets are carefully sanitized and delivered while maintaining social distancing to ensure no contamination occurs. Still, the organization’s limited resources prevent them from offering more help.

Executive Director of EJF Steve Trent says: “EJF strongly supports the Amazon indigenous peoples’ right to their territory, control of land and resources, and recognizes their vital role in defending biodiversity in one of the planet’s most important ecosystems. We call for the Brazilian government to provide safe aid packages, including health-care services that will bring immediate relief, and also to adopt measures to uphold protective enforcement during emergency situations to deter opportunistic illegal deforestation.” 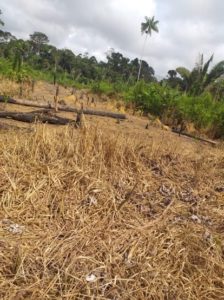 Andre Karipuna took this photo taken on 23rd April. It is illegal to clear land inside protected indigenous territory. The exact intention of this land clearing is unknown, but Andre thinks it could be to raise cattle or to serve as a base for further deforestation. EJF staff asked for a photo including Andre, but he explained he had to leave the scene as quickly as possible to avoid potential assault by illegal loggers lying in wait nearby.

The Environmental Justice Foundation is an international non-governmental organisation working to protect the environment and defend human rights. EJF is a charity registered in England and Wales (1088128). www.ejfoundation.org

Women Are Better at Cybersecurity than Men: Research