Step Out of Line, Ladies!

On the eve of Human Rights Day 2020, Ananke’s Founder, Sabin Muzaffar looks at HERstory in the making over the last 10 years and some of the defining moments of empowerment. 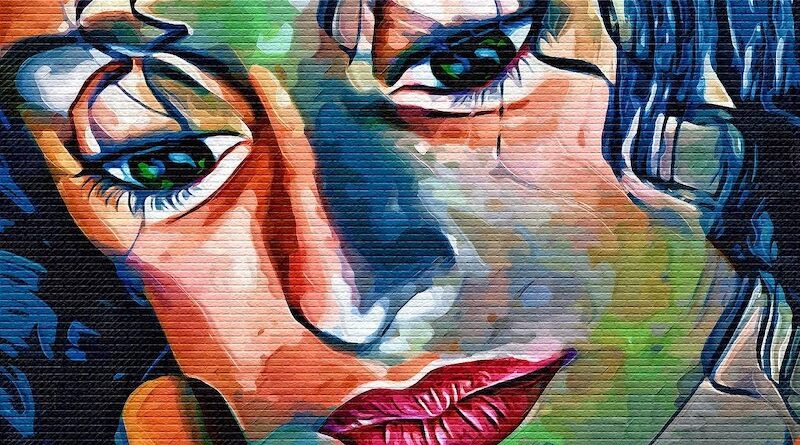 In 1873, a 273-meter long suffrage petition was presented to the New Zealand Parliament that not just led to the sanctioning of voting power of women, becoming an inspiration for suffragists globally – it eventually led to the appointment of Jacinda Ardern (not the first female PM), one of the country’s most successful and the world’s youngest prime ministers at age 37 years in 2017. This was a pivotal leap for the demand of a woman’s basic human right to vote and be recognized as included in societal political will.

The last one decade bears witness to numerous empowering moments that have indeed changed the course of history – or should we say ‘HERstory’. One important step forward is in politics: from zero percent of women holding the highest positions of the state in 1955 to 9.8 percent by 2018. And over the last two year, more women are not in power globally. That said, there are still miles and miles to go…

While it was Victoria Claflin Woodhull who was the first US leader of the Women’s Suffrage Movement who ran for President in the elections of 1872, it took the United States of America – recognized by many as the leading ‘free’ nation of the world – several more years until 2016 when a woman was finally nominated by a major party – the Democratic Party – to become the first female presidential candidate. Hillary Clinton lost the elections to Donald Trump; perhaps one of the most divisively misogynistic persons in the 21st century; she did pave the way for another powerful female leader, Kamala Harris, to become the first woman of color and of Asian descent to finally win the 2020 US elections as a US Vice President candidate.

Women have been great proponents of major political shifts globally throughout the outgoing decade. It was a significant instance in time when women redefined activism through the Arab Spring rallying on the streets of Tunisia to public squares across the Arabian Peninsula in 2011.  A shock to many authoritarian regimes, what these protesting female change-makers triggered was a positive shift in Arab society for the better. These were all moments when women decided to shun the shrouds of victimhood, transforming into inspiring leaders and vocal advocates of change. It also culminated in the revival of the 2006-Metoo Movement in 2017 as a global viral hashtag that not just raised awareness about the pervasiveness of abuse, it led to the unmasking of power as a potent perpetrator of victimization, violence and all forms of abuse.

Following up on the Movement, was the revolutionary Women’s March borne on the proverbial steps of the White House in protest of the handing over of power to the then-newly elected misogynistic world leader. Watched, celebrated, replicated and even made viral, the US Women’s March caused a ripple effect all over the world and a chain of marches ensued everywhere from South America, Australia, India, Pakistan to many African states.

There was a globalization of advocacy, which was a direct result of being virtually social in the last 10 years. Protests gained immense strength and power bolstered by the amplified number of voices online.

In 2019, Lebanon and Sudan came under intense world scrutiny with women coming out on the streets yet again, holding demonstrations against persisting stereotypes and objectification of women. Protests led by Alaa Salah even went on to bring down the Sudanese regime of Omar al-Bashir.

It was not just the Sudanese ‘Nubian Queen’ who stands tall in the limelight all clad in white, the color of peace also became synonymous with defiance as a group of Democratic women wore all white during the first presidential address by Donald Trump to Congress in 2017. This was a nod to the Women’s Suffrage Movement that inspired its followers to dress up in white as a symbol of purity. It was again in 2019 that US female politicians used fashion as a coordinated political statement at the State of Union Address.

Perhaps an important moment of truth during this decade and especially for human – including women’s – rights advocates was the acknowledgement that the complete realization of real impact would remain a distant notion if development and equality did not work at the intersection of color, race, religion, disability, gender and creed.

Advocacy now was not a suave publicity gimmick exploited by the privileged few, it transformed into a transnational movement celebrated by women across the world. Transcending into a movement that not just rallied for women to lean in but also encouraged men to reach out through the HeForShe initiative.

Many men in every socio-political and economic sphere of society rose to the occasion; setting examples for their younger counterparts to follow. From actors like Benedict Cumberbatch who urged the film industry to reject projects where female actors were not given an equal pay to male leaders in conglomerates vowing to do better in terms of equality. The Dr. Strange/Sherlock Holmes dynamo refused to work in any project where female actors were paid less than their male counterparts. During a Radio Times interview, he remarked: “Equal pay and a place at the table are the central tenets of feminism.”

The 2010-2020 decade also saw the rise of non-profits such as Pakistan’s Blue Veins that strove to create men’s awareness about the negative familial and societal impacts of violence against women. Efforts were and still are being made to make men not just respect women and ensuring that they exercise their basic human rights, but to secure and maintain empowerment by improving their status in society.

Women with powerful voice across industries and vocations stepped up in sisterhood to not just reiterate their claim for one and all to sit at the decision-making table, they began shattering stereotypes by lifting one another, online and off. From Beyonce’s groundbreaking album Lemonade – first made available for online streaming via Tidal – that not just epitomized black feminism but catapulted the narrative into the limelight to Serena Williams’ vow to only stop fighting for equality if in her grave, the US female soccer team’s battle for equality, the MeToo moment for US gymnasts, the 10,000 KM walk by Indian women against society’s attitude towards assault or Jacinda Ardern’s emotive strength during the darkest times in New Zealand’s history is what defines empowerment, feminism and women’s rights of the outgoing decade.

In retrospect, what must be recognized here is the tool that has in fact accelerated momentum – though still not enough –towards gender equality and human rights and has the potential to level the playing field is technology. Revolutions came and sketched stories on the sands of time. What the fourth industrial revolution did was to bring women and all those groups and communities together who were written-off as vulnerable and therefore weak. What transpired through technology and particularly digital media was a convergence of ideas, political will and voices – that previously remained segregated in the physical world – on to a globalized, virtual one. It opened the doors to empowerment.

As we step into a new decade under the shadow of a pandemic looming large, which is continuously underscoring gender inequalities, it is time to move forward with renewed vigor and hope refreshed so that generations of the past can help posterity in realizing and celebrating an inclusive future.

Image by DrSJS from Pixabay