Greater global efforts in the fight against the disease and a renewed commitment to multilateral cooperation urged. 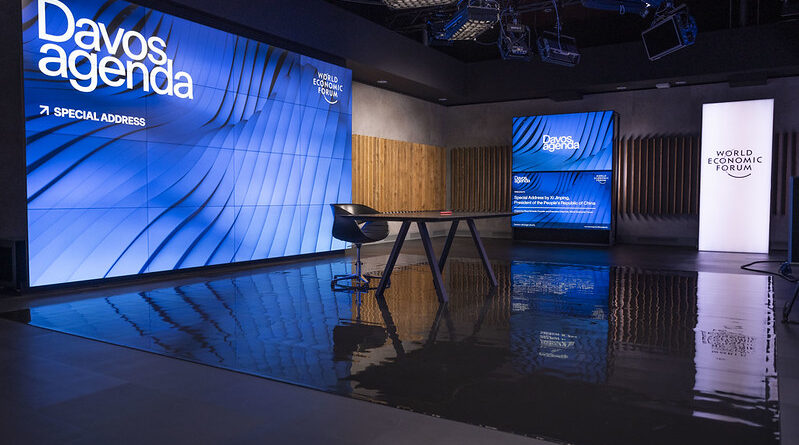 “We need a mindset change to move away from a society where business and government have separate tasks to one in which they, together with civil society, work hand in hand,” said Klaus Schwab, Founder and Executive Chairman of the World Economic Forum.

This was echoed by President Xi Jinping, who called for greater global efforts in the fight against the disease and a renewed commitment to multilateral cooperation.

António Guterres, Secretary-General of the United Nations, used the word “fragility” to sum up the world today: “Fragility in our relationship with the environment, with the COVID-19 pandemic and in geopolitics,” he explained.

January 26th, 2021, Geneva (Switzerland): Setting the tone for the meeting, the key themes of the first day of the World Economic Forum Davos Agenda 2021 proved to be “trust”, “solidarity”, “respect”, “transparency” and “collaboration”.

Chinese President Xi Jinping, making the first special address of the event, called for both greater global efforts in the fight against an unprecedented public health crisis and a renewed commitment to multilateral cooperation.

António Guterres, Secretary-General of the United Nations, set out his priorities for an inclusive and sustainable recovery from the pandemic. In a wide-ranging address, he asserted that vaccines – “people’s vaccines” – should be regarded as a public good, pressed developed nations to offer their poorer counterparts debt relief because “no country should be forced to choose between basic services and serving debt”, and called for increased fairness in the world of work.

He made a call for a “truly global coalition for carbon neutrality” and suggested the need for adaptation, renewed confidence and a need to drastically change policy. He pressed business to operate “in line with the Paris Agreement”, called on asset managers to “decarbonize their portfolios” and asked all businesses to “align with the UN Global Compact”. In addition, Guterres announced the need for a new social contract, one “between governments, peoples, civil society, businesses and more, integrating employment, sustainable development, social protection, and based on equal rights and opportunities for all”.

Collaboration was the overriding message that came from Anthony Fauci, Director at National Institute of Allergy and Infectious Diseases (NIAID), and other participants discussing how to respond to the COVID-19 pandemic and future such outbreaks. Fauci reflected on how divisiveness had hobbled the US approach to the disease, saying: “When public health issues become politically charged – like wearing a mask or not becomes a political statement – you can’t imagine how destructive that is to any unified public health message.”

He called on China to provide the World Health Organization (WHO) with information about the origin of COVID-19, arguing that without it, scientists and doctors faced a “big black box”. He also registered the US’s renewed support for the WHO and said that with reform, it will become the multilateral organization that deals with disease preparedness. His overall message, however, was one of the need for greater global health security, transparency, collaboration and solidarity, without which he announced “it becomes extremely problematic to address an outbreak”.

In other sessions during the day, President of the European Central Bank Christine Lagardesaid economic recovery in 2021 will progress in two phases. In the first, there will be a high level of uncertainty as vaccines are produced and rolled out, and lockdown measures may become more stringent because of the emerging COVID-19 variants. She described it as “crossing the bridge to recovery, but the journey is delayed, not derailed”.

The second phase is where the economy is reopening, something that will bring its own challenges and positive developments. As part of the recovery, Lagarde underlined the need to bring more women to the table to help the recovery, saying: “Progress can be made and women can do the job just as well as men.”

Also considering a two-pronged approach was Bruno Le Maire, Minister of the Economy, Finance and the Recovery of France, who argued that while pursuing a policy of fiscal support during the pandemic, nations should also consider the future. “We have to think about the kind of economy we want to build; we want to build a sustainable economy and reduce the inequalities,” he said. Le Maire also called on states to learn lessons from each other during the crisis. As he pointed out, for the first time in its history, the member states of the Eurozone have all taken the same measures.

Peter Altmaier, Federal Minister for Economic Affairs and Energy of Germany, said that there needs to be greater reliance on open markets and multilateralism. In the post-COVID-19 recovery, he sees opportunities for synergies, such as greater investment in clean energy solutions to help tackle climate change.

Speaking about his new book, Stakeholder Capitalism, Schwab said the pandemic has shown that companies that commit to stakeholder capitalism perform much better than others because they invest in the long-term viability of the company. He called for a much wider definition of capital, one that includes “human, social and natural capital” because all those aspects of capital combine to create wealth and prosperity.

Underlining the day’s theme – Designing cohesive, sustainable and resilient economic systems – the meeting saw the launch of the Business initiative, which sees a coalition of almost 50 organizations committed to improving racial and ethnic justice in the workplace. The Forum released a report revealing that upskilling has the potential to boost GDP by $6.5 trillion by 2030. Also covered during the day were topics ranging from gender parity and restoring economic growth to addressing mental health in the workplace, building crisis-resistant healthcare systems and creating a new social contract.

About The Davos Agenda
The Davos Agenda is a pioneering mobilization of global leaders aimed at rebuilding trust to shape the principles, policies and partnerships needed in 2021. A full week of global programming is under way, dedicated to helping leaders choose innovative and bold solutions to stem the pandemic and drive a robust recovery over the next year. Heads of state, chief executives, civil society leaders and the global media are participating in almost 100 sessions spanning five themes.

The World Economic Forum, committed to improving the state of the world, is the International Organization for Public-Private Cooperation. The Forum engages the foremost political, business and other leaders of society to shape global, regional and industry agendas. (www.weforum.org).