Editorial: On Voice And Agency

With the passing of Women’s Day, Ananke’s Sabin Muzaffar ponders about the way forward for a better and inclusive world. 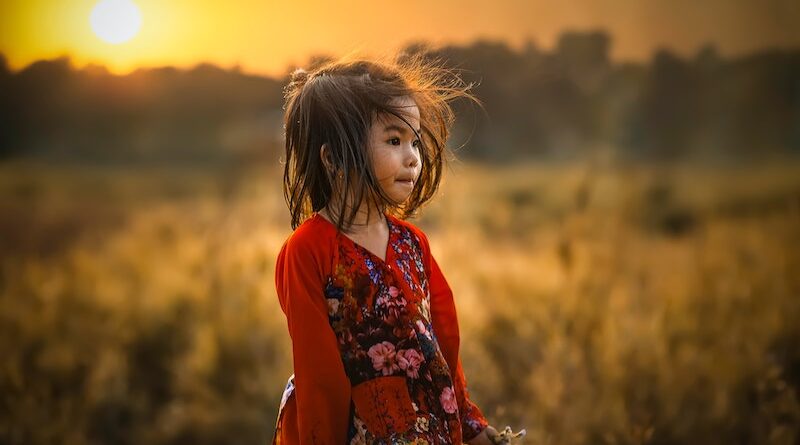 It was in 1911 when women took to the streets to demand the right to vote, hold public office and equal pay in different parts of Europe. These were some of the numerous – and many a times – unrecognized building blocks that culminated in the ideals of women’s empowerment that we know today.

Marking Women’s Day on March 8th, we must not only walk down memory lane to look back, take stock of the immense efforts of women on whose shoulder we stand on, but also pay heed to the present to realize an inclusive tomorrow.

We stand at a crossroads and amidst all the gruesome sights and vitriolic sounds of hatred, misogyny, discrimination that has over taken mankind. It is 2021 and much remains to be realized as well as materialized – be it autonomy, health, education and equal opportunity – the list goes on.

Research shows a woman’s well-being, especially in under developed and developing countries, is usually relegated to the lowest ranks of priority. And if the woman or girl suffers from any form of disability, it further exacerbates her ability to have a voice or access to opportunities, educational or vocational and others.

Many a times, women suffering from ailments and disabilities lose their voice, agency and any decision making powers they may possess prior to the illness. According to a Fred Hollows Foundation research based on its RAAB* survey on avoidable blindness that started in 2018 and completed by the end of 2020 (conducted in West bank, Gaza, & Jerusalem): “A total of 154,010 Palestinians aged 50 years and older are estimated to have some degree of vison impairment. This number constitutes 30 percent of the total population aged 50 years and older in Palestine. The prevalence of blindness and early visual impairments was higher among women compared with men (at least 70 percent of blind people are women). Four out five women who are blind don’t need to be. A quarter (25.4 percent) of participant had at least one form of disability and was higher among women than men.”

According to experts at the Fred Hollows Foundation for example, female students suffering from eye ailments end up not going to school due to low grades.

“A woman contributes to the well-being of the family through unpaid care work. Regaining eye sight not just means regaining her confidence, but the ability to work productively. We can also take another example of the girl child. With proper eye sight, girls get better results at school. And when they do get good results they are not taken out and asked to stay home. Think of the immense socio-economic and familial benefits that society as a whole can reap from an educated woman,” revealed Dr Zareen Khair, Country Manager of the Fred Hollows Foundation in Bangladesh

One of the key barriers to a woman’s empowerment stems from autonomy, both bodily and financial. While maternal health and overall well-being is directly linked with bodily autonomy, financial independence does play a role in a woman’s decision making power about herself and her family.

That said, economic ‘sufficiency’ is still not enough for a woman to exercise her autonomy in many parts of the world. In a previously published Ananke interview titled ‘Silencing the Lambs: A look into Domestic Violence in Pakistan’, Pakistani NGO, Blue Veins’ Qamar Naseem, a vocal advocate of women’s human rights, explains a Pakistani woman’s predicament: “There are many factors that contribute to women’s disempowerment starting with patriarchal system, women’s dependence on male members of the family, illiteracy, no access or control over their personal or familial finances and most importantly lack of bodily autonomy. There are many women who are economically independent; but are unable to practice their rights and therefore their fates are more or less the same as those who are economically challenged.”

The Pakistani woman – as any woman in any part of the world – is truly caught up in a huge conundrum, which stems from the hegemonic power dynamics of patriarchy serpenting its way to radicalization; among the many other tribulations endemic to our society. This consequently also bears the fruits of child and forced marriages as well as forced conversions especially in the subcontinent.

“It has been estimated that 1000 women and girls from religious minorities are abducted, forcibly converted and then married off to their abductors every year (ref The Aurat Foundation and the Movement for Solidary and Peace (MSP)),” states a University of Birmingham study, Forced Conversions & Forced Marriages In Sindh, Pakistan. This was published in 2018.

Talking about the issue, Nida Usman Chaudhary, a diversity and inclusion advocate in Pakistan,  said: “There are many things at play here. Not only should there be transparency in the process of conversion itself, our legal framework needs to ensure that conversion of a minor should not take place prior to reaching the age of maturity (18 years). There must also be a crackdown on forged documents and halted. Coming back to the notion of transparency as far as conversion is concerned, it is critical to demand the safety and security of girls especially belonging to minority communities so that they are able to freely give a statement about conversion even after attaining the age of maturity.”

According to new OECD data, women continue to earn less than men do. Pay gaps are particularly wide in Asia where the gender wage gap for full-time employees – the difference between median earnings of men and women relative to median earnings of men – was 23.5 percent in Japan and 32.5 percent in Korea in 2019. Gender pay gaps are smallest at five percent or less in Colombia, Denmark and Norway, albeit for very different reasons. In Colombia, women’s employment rates are very low at 48.9 percent compared to men’s at 73.4 percent.” At almost 25 percent points, it is the second highest gender employment gap in the OECD.

The OECD data also reveals that ‘with many women in Colombia outside the formal labour market, women in formal jobs tend to be those who are higher educated and thus on higher pay – reducing the gender pay gap simply because many women who are no longer in the labour market or who are in low-paid informal jobs are not counted.’

On a positive note, the report also shows that in Denmark and Norway, gender employment gaps are relatively small at 8.8 and 3.5 percentage points respectively.  “The long-standing egalitarian tradition in Denmark and Norway has contributed to a halving of their gender pay gap over the past 15 years. Over the same period, the OECD average fell by 3 percentage points to 12.8% in 2018. It is as yet, too early to assess what the impact of the COVID-19 pandemic on the Gender Pay Gap may be.”

Rhetorical now it may seem but women’s empowerment – with all its dimensions – is crucial for a better world than what we know of this reality to be. Yes women’s voice has amplified especially over the past few years, but empowerment itself has taken a hit. Partly due to the pandemic, but mostly because of being Trumped by systemic misogyny.

Woefully repetitive but certainly not untrue that we need a rights-based approach to resolve existing problems; also pre-empting many that are on the way! But it doesn’t end there. Resolutions must be organic, inclusive and evidence-based. This means working together, acting on evidence-based data to develop a roadmap to healing, recovery and progress. Time is upon us to move above and beyond for our humanity – our existence depend on it.

Photo by MI PHAM on Unsplash

Globalizing Literature by Women Through Translation