Notable names from the global Pakistani literary fraternity celebrate diverse voices in literature at the WLF2021. 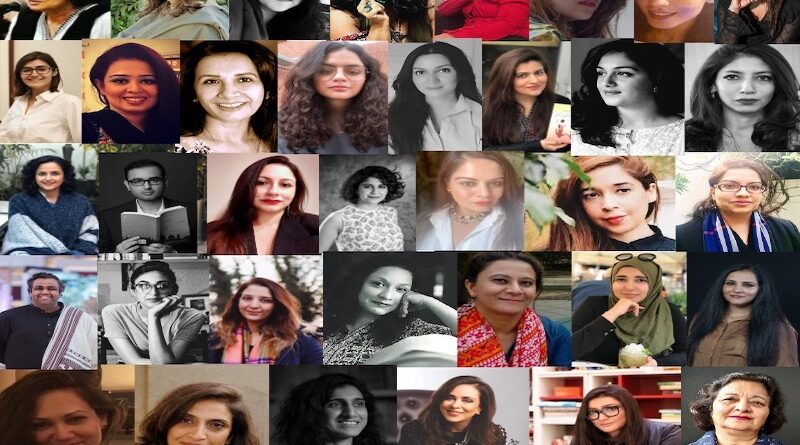 Ananke, a global digital development platform empowering women through awareness, advocacy and education, has announced the Women in Literature Festival 2021, planned to be held from March 30th – April 1st 2021. Across South Asia and the Middle East, this is the first literary event of its kinds where authors, publishers and academicians from all over the world will be at the forefront to showcase and celebrate the crucial role women literati have played in developing and furthering the written word.

Ananke seeks to highlight the critical role women have played in Pakistan’s history and the imperative part they are playing in literature’s present revival. The organization has teamed up with Pakistani organisations including Zuka Books, Ala Books and Authors, Authors Alliance Pakistan, The Jane Austen Society of Pakistan and The Aleph Review. Distinguished names from the local literary fraternity are participating in full force.

There is a plethora of exciting sessions, panels and talks. These include a conversation between Sheela Reddy, author of Mr and Mrs Jinnah and Moni Mohsin, whose recent book The Impeccable Integrity of Ruby R.

has just been released on day one of the event. Baela Raza Jamil, founder of the Children’s literature festival and Angela Joy, author of the book Black Is A Rainbow Colour are set to enthral the audience with their segment titled: Today’s Children’s Literature – Beyond Gender Stereotyping.

A panel on post-colonial literature and women seeks to explore how the double-edged sword of women’s marginalization across Africa, Middle East and the sub-continent due to race and gender within the paradigms of colonialism and post- have been transmitted and translated into literature.

Talking about the festival, eminent author, Faiqa Mansab said: “Ananke has stepped in to fill the vacuum for women, especially women of colour, who feel under-represented and who face roadblocks on their journey to publishing. I hope this literary festival is a huge success because we need women oriented spaces where women are celebrated and applauded for their work and their struggles. Brava!”

A Reader in Urdu and Postcolonial Studies at SOAS as well as Chair of the Decolonising Working Group and the Director of the SOAS Festival of Ideas, Dr Amina Yaqin said: “I am thrilled to be part of the Women’s Literature Festival that seeks transformative social change. By listening, participating and contributing to an open exchange of ideas on race, class, and cultures I hope we can co-curate new futures in which literature, culture and the arts are as essential to our lives as technology and science. As a postcolonial feminist, I am interested in the theory and practice of agency led work and looking forward to creative conversations that will lead to meaningful co-production of knowledge across Africa, Asia and the Middle East.”

“The digital realm is one where the future lies. Given the role women have played in advancing the written word in all its forms, it seems so natural to take this step of organising a literary festival that celebrates all those women associated with literature and beyond. This is a historic moment and one that celebrates women globally and acknowledges them for their written work as writers. Nothing could be more powerful than this,” says Mehr F Husain, a team member of the festival.

Through this festival, Ananke strives to not just celebrate creativity of female fiction and non-fiction writers, but to highlight female literary history and showcase – many a times – invisibilized women writers in cultural festival line-ups. The Women in Literature Festival plans to create global conversations about how literature produced by women needs to be highlighted, promoted and celebrated globally via translations, digital documentation and more.

Talking about the event, Ananke’s Founder and Executive Editor, Sabin Muzaffar said: “At Ananke, we have always striven to create impactful digital spaces for women to hold inclusive conversations about an array of topics and issues. We keep on hearing statements that there aren’t enough women available for public speaking opportunities and we have continuously proven those claims wrong. We keep seeing manels even on subjects of women’s rights and empowerment. While we do think an inclusive conversation is essential to trigger impact, if we do not have proper representation especially on issues centring women, I fear there will never be change in the status quo.”

Use this link to register to the event (registrations close on March 26th, 2021): https://forms.gle/pxicUMXAARxMGnuNA

Ananke is a non-profit, digital platform empowering through awareness, advocacy and education. Launched in 2014 in Dubai UAE, the organization strives to trigger conversations on inclusion, gender equality and women’s economic empowerment in the digital realm. Breaking barriers to empower women, the organization is a World Summit on Information Society (WSIS) nominee for 2019 and 2020. Recently, Ananke hosted the first ever digital Girl Summit across the MENA and Subcontinent regions with attendees from all over the world. For more information, visit: https://www.anankemag.com

Women In Literature To Celebrate Joy Of Urdu