Author to talk about her books Season of the Shadow and literature beyond the book. 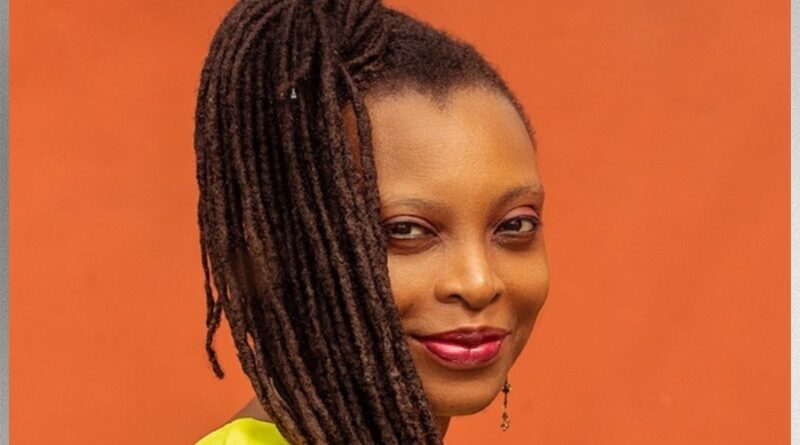 Unveiling the first of its kind event across the Middle East, Africa and the Sub-continent regions, Ananke’s Women in Literature Festival 2021 features some of the most noteworthy names in the literary world including Léonora Miano.

Appearing as a fireside chat guest on day one of the digital festival – March 30th, 2021, Tuesday; Léonora Miano has established herself as a major voice of French speaking literature. A novelist, playwright and essayist, she is the author of some twenty books. Her works explores sub-Saharan and diasporic experiences as expressions of the universal human condition. Léonora Miano was awarded the Prix Goncourt des lycéens in 2006 for her novel Contours du jour qui vient(Plon), the Prix Fémina and the Grand prix du roman métis in 2013 for La saison de l’ombre (Season of the Shadow, Seagull Books 2018) (Grasset). In 2020, the University of Lorraine, in collaboration with the University of the Greater Region, which brings together 6 European academic institutions, created the “Frontières Léonora Miano” literary prize, in recognition of the author’s writings and commitments. 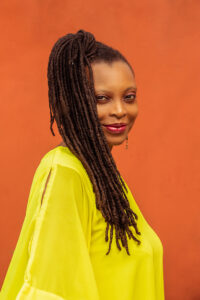 Léonora Miano curates the Quilombola series at Seagull Books, an independent publisher based in Calcutta, India. She is the founder of The Quilombo Publishing, located in Lomé (Togo) where she lives.

The session will be moderated by Dr. Amina Yaqin who is a Reader in Urdu and Postcolonial Studies at SOAS. She is Chair of the Decolonising Working Group and the Director of the SOAS Festival of Ideas. The fireside chat will be followed by the Talking Books segment focusing on her book Season of the Shadow.

Talking about her participation, the author said: It’s a pleasure to take part in such an event, since the audience is very new. I’m interested in how people will respond to stories from Africa like Season of the Shadow, or Nathalie Etoke’s essay I have edited. She writes about the plight of Black people in the Western world. So, I’m eager to know what the audience will make of it and how they relate to our stories. There are people of African descent in Eastern countries as well and for the same reason that brought their ancestors in the Americas, but they are less visible and remain unknown.”

In light of the virtual festival, Miano also spoke about how technology has transformed the publishing industry and impacted authors. She said: “As we speak, books in print are not really being challenged. They still sell much more than ebooks or audiobooks. Yet, technology will impact the industry because it is inspiring a new generation of writers. An increasing number of them are producing what could be called ‘literature beyond the book’, using digital and visual tools. The content and meaning of literature will not change, since it has to do with human life and even, very archaic issues. There will just be a formal development and publishers will have to see themselves as people who offer access to literature, not only through books.

With technological advancements transforming the publishing industry, Miano optimistically spoke about the survival and success of independent publishers in a world dominated by profit and size, especially now with the COVID19 dimension. She commented: “In French speaking Africa for instance, we still have to build our industry and market. With a fast growing population, it is necessary. What is interesting for us is that our continent is quickly adopting digital tools. If we master those and continue to publish printed books, we will not only survive but succeed. Our strength relies in a profound knowledge of our peoples and our ability to provide content that speak to them. We are able to design objects that would not be appealing for foreign audiences while they are needed here. The pandemic forces us to be creative and as autonomous as possible. We should also create new partnerships and expand our readership to regions of the world we do not usually think about. New conversations have to emerge, and publishers will be part of that process.

Partnering with leading authors, literary & feminist entities and publishers including Zuka Books, Readomania, Seagull Books, Zubaan Books, the Gender Security Project, Authors Alliance as well as companies like ContentBud –  a written communications agency, Ananke hopes to set a new standard in literary festivals where there is greater visibility of female literati as well as diversified conversation on inclusion. The entire Women in Literature Festival will be live-streamed on Ananke’s Facebook Page.

To watch the livestream, head over to Ananke’s Facebook Page: www.facebook.com/anankmag

Editors as Enablers of the Literary World