Trailblazers set to talk about the impact and role of women’s voices in the literary arena. 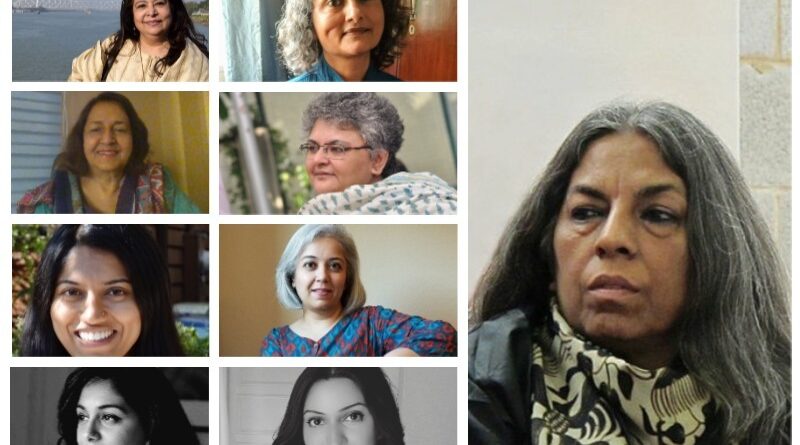 Ananke, a digital development platform empowering women through awareness, advocacy and education, is getting ready for the first edition of  its Women in Literature Festival, from March 30th – April 1st 2021. Across South Asia and the Middle East, this is the first literary event of its kinds where authors, publishers and academicians from all over the world will be at the forefront to showcase and celebrate the crucial role women literati have played in developing and furthering the written word.

Partnering with Ananke, Zubaan Books will be curating two engaging panels poised to create amazing dialogue focusing on independent publishers as well as globalizing literature by women through translations. 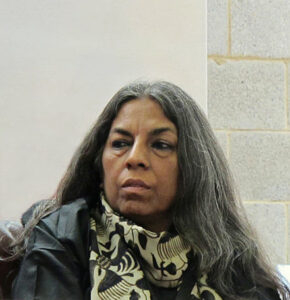 Day two of the festival will feature Zubaan Books’ panel titled: Publishers’ Corner – moderated by the very distinguished Urvashi Butalia who is a feminist writer, publisher and activist best know for her work in the Women’s Movement of India.  She has authored books like the path-breaking The Other Side of Silence: Voices from and the Partition of India and Speaking Peace: Women’s Voices from Kashmir.

In 1984, Urvashi co-founded Kali For Women with Ritu Menon, India’s first exclusively feminist publishing house. she founded Zubaan Books, an imprint of Kali for Women in 2003. Urvashi and Ritu were jointly awarded the Padma Shri, India’s fourth highest civilian award, for their work in Literature and Education in 2011.

The panel will be held on March 31st, 2021, at 01:00 PM-01:45 PM UAE or 09:00 AM-09:45 AM GMT. The segment, like all other, will be live-streamed on Ananke’s Facebook page. Panelists include Lightstone
Publishers’ Ameena Saiyid, Zuka Books’ Mehr F Husain and Ala Books and Authors’ Taiba Abbas and will focus on independent and feminist publishers who are usually small, fiercely political, passionate and committed. The panel will explore how these publishers battle corporate giants and define themselves as people who have set out to change the world. How do they hope to do this? Is survival even possible in a world dominated by profit and size?  Battling crisis after crisis, how do independent publishers hold on to hope? For many the books they publish, the voices they seek out, the methods they choose, are part of a larger enterprise to change the very definition of what is seen as knowledge. In this panel, publishers from across South Asia talk about what motivates them, why they choose to do what they do, why they love their work, and what success and survival mean.

Talking about her participation and the panel, Ameena Saiyid – OBE, S.I. Knight of Arts and Letters (France), Founder and Director, Adab Festival and Publisher and MD, Lightstone Publishers, said: “I’m delighted to be participating in  Ananke’s Women in Literature Festival 2021 which champions the cause of women in literature so passionately. It’s bound to lead to greater empowerment, inclusion and recognition of women writers.”

Day three showcases another impactful panel curated by Zubaan Books. Panelists include: Anjum Katyal, Ayesha Kidwai, Manisha Chaudhry, Gowri Vijaykumar. The session is moderated by writer, literary translator, and book critic, Jenny Bhatt. Talking about the panel’s topic, Jenny said: “Literary translation can help introduce more works by women to global readers but we must get past deep-rooted gatekeeping biases where, often, both translated works and works by women are treated as inferior to original writing and writing by men.”

Part of the stellar panel, writer, editor and translator, Anjum Katyal spoke eloquently about the importance of translation in instilling and cultivating empathy. She said: “Understanding each other with empathy, and the ability to accept and respect difference, are values urgently needed in the world today, and translation plays a central role in this process. The ethics of translation need emphasizing as the publishing industry increasingly focuses on translated works in an increasingly global book world. I am happy to be part of this conversation initiated by Ananke about the role women can play in this process.”

Echoing Anjum, fellow writer, translator and editor as well as co-panelist, Manisha Chaudhry said: “In the world of literature, I see translation as one of the most important ways to widen the circle of dialogue and creativity. It expands the possibilities of language, both in terms of interpretation and representation.”

Broaching the subject of translation, guest panelist, Ayesha Kidwai, Professor at the Centre for Linguistics at Jawaharlal Nehru University, shared an anecdote of what is to be expected during the panel discussion. She said: “Translation is not an activity designed to protect its audience from the knowledge that the text is a translated one. Rather, if translation is to genuinely be an act of intercultural communication, one of its goals must be to communicate to the target culture the fact that the source text’s culture and society is not a monolingual one, that several languages collaborated within the writer of the original text. A translation that translates every single word, where no trace of the multilinguality is left behind, makes a different meaning out of the source text. Not letting the reader ‘hear’ at least some sort of reflex of the many languages in her repertoire would be to rupture the communication of an essential meaning.”

With the goal to strengthen women’s creative voices, the event plans to encourage women and girls to engage, network and avail all learning opportunities presented throughout the festival. This includes moderating roles as well as working as  event tech and social media leads – positions currently being fulfilled by Ananke’s interns from Africa and Pakistan.

Partnering with leading organizations including Zuka Books, Readomania, Seagull Books, Zubaan Books, the Gender Security Project, Authors Alliance Pakistan as well as companies like ContentBud –  a written communications consultancy, Ananke hopes to set a new standard in literary festivals where there is greater visibility of female literati as well as diversified conversation on inclusion.

Development At The Heart of Ananke’s Literary Festival