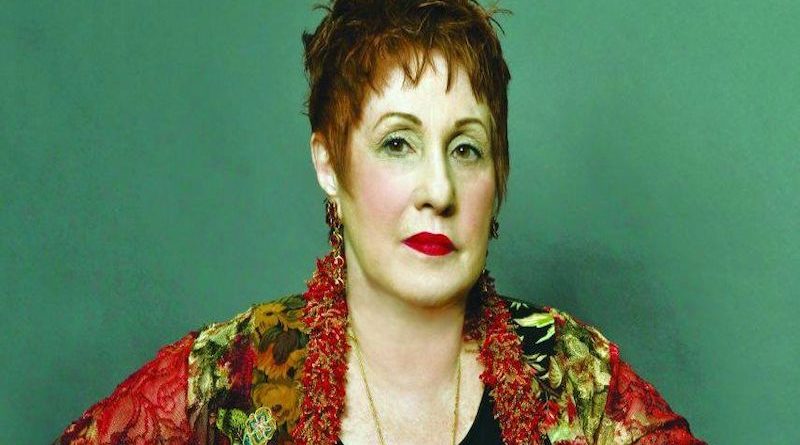 Would you say the course of your life has had a great impact on your vision and perspective? We would love to know from you how your life’s journey started as a feminist?

Like many other American feminists, I was active in the civil rights and anti-war movements–but unlike most feminists, I had “once lived in a harem in Afghanistan.” This is the opening sentence of my book An American Bride in Kabul. I had married my college sweetheart and traveled to Afghanistan for what I thought would be a brief but adventurous interlude. Officials removed my American passport when we landed and I never saw it again.

I lived with my mother-in-law in a polygamous household in rather posh purdah; this meant I was not allowed out without a male escort. My father-in-law had three wives and twenty-one children–facts my Westernized husband failed to mention during our long American college courtship. I saw women in burqas stumbling around on the streets of Kabul and I saw how they were forced quite literally to sit at the back of the bus.

Thus, I was aware early on that worldwide, most women were illiterate, impoverished, and forced to marry men not of their choosing when they themselves were still children. As girls, they were expected to meet impossibly high standards of subordinate behavior–and, if they failed to do so, they risked severe punishment. Their lives were far more difficult and endangered than American women’s lives.

Six years after I escaped, I became a feminist activist and leader. Eight years later I obtained a Ph.D in Psychology. I co-pioneered the study of violence against women in the late 1960s. I focused on women living in North America and Europe who had been psychiatrically diagnosed and hospitalized; were the victims of rape, sexual harassment, incest, intimate partner battering, pornography and prostitution. 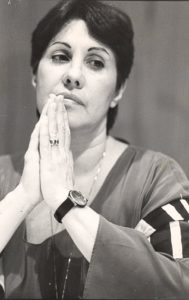 I also documented the double standards and anti-woman biases which led to good mothers losing custody of children to abusive fathers and husbands; women sentenced to long or life prison terms when they killed batterers in self-defense; and the violence women faced as they fought for their reproductive, educational, economic, political, and religious rights around the world.

In the early 1970s, I was alarmed by the mass Muslim-on-Muslim, male-on-female gang-rapes in the war between Pakistan and Bangladesh. I knew that the victims’ families would reject or kill them for having been raped. I wanted American feminists to understand the specific danger these rape victims were in but I had no single word to describe the use of rape as a weapon of war (as opposed to a spoil of war).

When repeated public gang-rapes took place in the Sudan in the 21st century I described them as “gender cleansing.”

For a long time, I had been reading the Memoirs of tribal women (primarily Muslims, Hindus, Sikhs), and their searing testimonies, coupled with my long background of feminist research led me to study a phenomenon that only a few Western feminists had explored.

In 2009, I published the first of four studies about honor killing. Titled “Are Honor Killings Simply Domestic Violence?”

In 2010, I published a second and far more major study titled Worldwide Trends in Honor Killings.

In your book Women and Madness, published some 40 odd years ago, one of the central points is “that double standards of mental health and illness exist and that women are often punitively labeled as a function of gender, race, class, or sexual preference,” would you elaborate your thoughts in context to the world we live in today? Do you think this notion has metamorphosed, transformed in some way?

Women and Madness was published nearly 50 years ago or some 48 years ago. Things have improved a wee bit in the Western world. But these same biases still exist. However, today, there are feminist therapists who are Caucasian, women of color, and lesbians who try to resist their own internalized sexism. My guess, is that “Women and Madness” and those who were inspired by it may have changed the mental health professions by about 20%. We still have the remaining 80% to change. The situation in non-Western countries may be even more dire, terrible, patriarchal. Is this true in your experience? 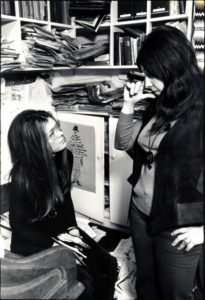 Today, there is also some better medication for anxiety, insomnia, and depression. Also, we know more about how sexual violence, beginning with incest, affects a girl or a woman in terms of Post Traumatic Stress symptoms. She is not “crazy.” She has been tortured. In America today, we have too many people on the streets who are homeless and hallucinating, who refuse to stay on their medication, and for whom no quality mental health care is available. This is as bad in its own way as locking them up in mental asylums and without giving them quality mental health care either. Today, in 2018, Women and Madness is still my best selling title.

Reminding you of the Class Action Lawsuit in Nebraska 1998, where you were the sole expert witness on behalf of female psychiatric patients who had been sexually, physically, medically, and psychologically abused, do you think there is a comparison between those victims with the victims of patriarchy – where women, though not in the confines of their hospital but at their own homes – are subjected to the same treatment, physically, mentally, sexually and even health-wise (for not having bodily autonomy). How would you see and note this comparison?

What an interesting point. If you are thinking about women who are house-bound, who live in purdah, or who require male “minders,” then, in a sense, this is similar to living under house arrest or being psychiatrically hospitalized. If you add to this picture a situation in which girls and women are punished for the slightest independence, are routinely and normatively beaten and punished, then, yes, it might be similar to hospital confinement. Such inmates will become fearful, anxious, claustrophobic—but worse, utterly dependent, Stockholm-Syndrome style on those who subordinate, monitor, and control their every movement and every thought. Like the poor inmates in Nebraska, they may also be subjected to intimate family violence, both sexual, physical, and psychological.

You are among the proponents of a notion that led to your book titled ‘Woman’s Inhumanity to Woman,’ what are your thoughts in connection to today’s world, where women are still being gaslighted by other women, ostracized and looked down upon (again by women) because of their life choices, is there any difference from when you first wrote the book? How?

This was a book that many feminist leaders did not want me to publish. Women, but perhaps feminists especially, do not want to add to the world’s view of women as mean, catty, envious, traitorous, competitive towards other women—especially because this is true. Like men, women are as close to the apes as to the angels and are especially tasked with keeping other women in line. Policing other women. Everyone knows of a best girlfriend who “steals” one’s husband, or one’s job, or even more important, one’s good reputation. I found that women play a huge role in terms of gossiping, falsely, about a girl or a woman who is then honor killed. Like racism, women’s sexism must be acknowledged in order to resist it.

What is Western domestic femicide and how different or similar is it from honor killing? 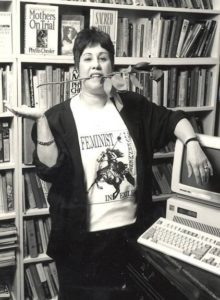 In honor killings, murders are carefully planned conspiracies and may be perpetrated by multiple family-of-origin members. Brothers, uncles, fathers, and other male relatives usually commit the murder, although mothers, sisters, and aunts have also been known to collaborate in the murders of their female relatives sometimes, they are also the hands-on perpetrators.

Batterers who murder in the West are usually acting in an unplanned and spontaneous way. They alone are the perpetrators. Their own families do not assist them nor does the victim’s family-of-origin. Invariably, their killers are husbands, not fathers. In the West, fathers rarely murder their teenage daughters. This is what happens in a classic honor killing.

Honor killings in the West are significantly marked by excessive violence, such as repeated stabbing, raping, bludgeoning, and then being set aflame. Such killings are similar to what serial killers do to unknown, often prostituted, women in the West.

In the West, batterers and wife killers are not celebrated–they are shunned. If possible, they are also prosecuted. Hindus in India, and Muslims, worldwide, who commit honor killings, are viewed as heroes who have saved their family’s honor. Thus, they feel no shame or remorse. In fact, they plead “self-defense.” The girl or woman who has, allegedly, dishonored their families of origin have made it impossible for that family to marry off any of its other children. They will be ostracized socially and economically and unmercifully bullied on the streets unless or until the girl or woman who has “dishonored” them is killed.

Coming to your recently published book ‘A Politically Incorrect Feminist…,’ beginning from the title – can you tell us more about it?

This Memoir describes what life was like in America for girls in the 1940s, 1950s, and 1960s which alone explains how unhappy and how desperate we all were and how feminist ideas seemed so liberating and thrilling. We were united with other women for the first time in our lives and based on our ideas. We had no knowledge of feminist work that had preceded us and therefore had no idea how, in the past, feminists had disagreed, fought, and shunned their opponents. We were totally unprepared when this happened to us or when our own most original ideas were “borrowed” or stolen by other feminists.

However, I explain, perhaps for the first time, that there were really three streams that made up the Second Wave: a civil rights movement, an activist movement, and the feminist transformation of the professions. I swam in all three streams. I belonged to the honorable minority who opposed pornography, prostitution, sexual slavery, automatic male custody of children, surrogacy (which I view as reproductive prostitution). I also honored motherhood in three books on the subject—With Child: A Diary of Motherhood, Mothers on Trial: The Battle for Children and Custody, and in Sacred Bond, as well as in three chapters in a fourth book.

And, I memorialize the most dedicated, selfless, and heroic feminists of my time. I hope this information will help future generations of feminists learn from both our victories and our mistakes.

In your book, you talk about some of the most amazing trailblazers and ‘lunatics’ that have gone to shape how we think, how do you connect that to this world of #MeToo #HearMeToo and that of the Weinstein’s and mass abuse of those in power? 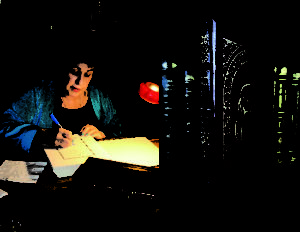 Had radical and original Second Wave feminist ideas and activism been continually taught both in colleges and in the media, and known to all human rights organizations, we might have had a #MeToo movement far sooner. Or, we might never have needed one. We named sexual violence against women in the late 1960s and early 1970s. We held speak-outs, brought lawsuits, changed laws, set up rape crisis hotlines, changed police procedures; we named incest; we definitely described and named sexual harassment (Lin Farley did so) and she also wrote the first book on this subject. Within a decade, our most important work had been disappeared in schools. What a shame!

My work has been translated into many European languages and into Japanese, Hebrew, Korean, and Chinese. I wish it could find a home in Arabic. What do you think? Will this ever be possible?

(This interview was previously published in Ananke’s Special Edition published on Nov 25th, 2018, marking the International Day for the Elimination of Violence Against Women. The publication can be viewed here.)

Tapping into the Potential of Gender Data