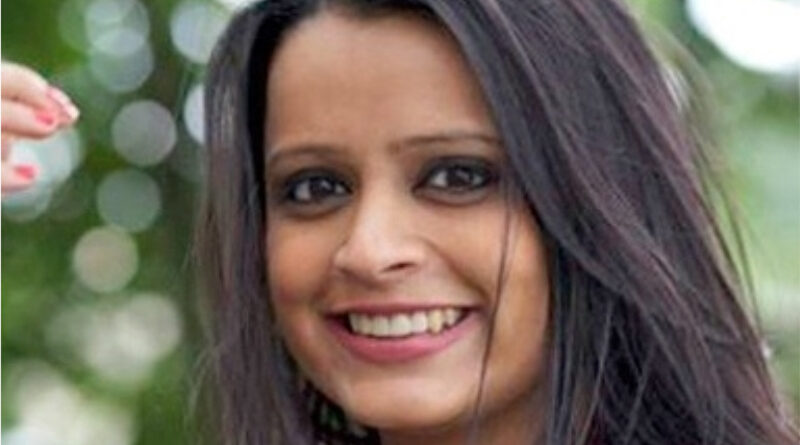 Tell us a bit about yourself and the journey that led you to where you are now?

I was born and brought up in India’s capital, New Delhi. I studied at the city’s Sardar Patel Vidyalaya, followed by the University of Delhi where I got my undergraduate degree in Economics. From there, I went on to get a Master’s degree in the subject from Cambridge University. Post Cambridge, I spent close to a decade in financial services. I initially worked at the Consumer, Healthcare, and Retail Advisory team at J.P. Morgan, followed by the Leveraged Finance team at the firm. I also spent some time working as an Investment Manager at Sir Richard Branson’s Group Holding entity at the Virgin Group in London. In 2016, I co-founded Slurrp Farm, with my close friend Meghana Narayan.

Tell us about your company and the vision behind the launch?

Slurrp Farm was born when my friend Meghana and I became mums. We wanted high quality and nutritious food options for our own children but were unfortunately unable to find anything. At the same time, we also began talking to other friends who were new parents and found that they shared the same sentiment – it became fairly clear to us that there was a giant-sized gap in the market, and we were determined to do something about it. And at the same time, we wanted to start a business which could be a force for good.

Extensive market research, R&D and some introspection showed us that the answers lay in our grandmothers’ kitchens. We dug into recipes they favored, revisited ingredients like millets from our childhood and found ways to make them tasty.

Slurrp Farm was launched in October 2016, with a mission to provide healthy snack and mealtime options for young children and their parents. A little over five years later, what started as an experiment in our home kitchens has turned into a loved kids’ food brand.

What have been some of the challenges you encountered while setting up your business? 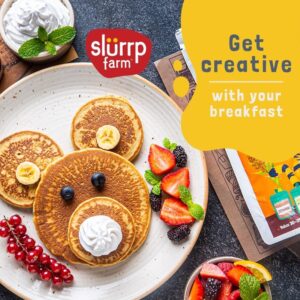 Being an entrepreneur is all about learning new things, stepping into a new domain and working your way up – I like to say that it’s almost like having ten different jobs at the same time!

Prior to starting Slurrp Farm, both Meghana and I were on the back end, advisory side of things. While she was at McKinsey and I was at JP Morgan, we were constantly helping clients understand how to run their companies and get funding. However, once we started our own company, we realised that execution is the biggest challenge. It literally means going down to the brass tacks and building up from Ground Zero. The most important lesson we learnt in the early days was that patience is key – you have no choice but to remain patient throughout the process if you want to grow your business.

Another key challenge has been the sheer difficulty of making our products commercially viable. Slurrp Farm’s products are things which can be made in our own kitchens but to make it work on a larger scale, both from a commercial and process perspective has definitely been tough. For us, it was critical in the early days to find a way to make what tastes delicious in a home kitchen, taste the same on a shelf when it reaches your hands, without adding anything to it.

Lastly, another challenge is a constant state of feeling that it is all taking far too long. But having said that, we now also know that when you look back, a great idea is one that has been executed well.

Do you believe gender factors in when you are setting up as well as leading an organization? If yes, is that a positive factor when it comes to the vision?

Gender has historically factored in such situations; however, I like to believe things are changing. I was seven months pregnant when we started the fundraising process, and it was heartening to see that all conversations were focused on what we were building at Slurrp Farm and nothing else. This is a refreshing change from the stories you would hear as recently as a few years ago, where gender was a central part of the conversation and almost always negatively skewed towards women.

How inclusive is your business and how does it empowers your target audience?

From an organisational perspective, we are committed towards creating a work culture that supports women.

What are some of the most memorable milestones – professional as well as related to your company?

One of the biggest milestones for Slurrp Farm this year has been our entry into the UAE. Currently we are available at Mumzworld, Kibsons and Amazon UAE, and are committed to growing our business in the region, and helping parents feed their children delicious and junk-free food.

Another recent milestone for us was winning the Amazon Global Selling Propel Startup Accelerator. The prize enables emerging Indian businesses and startups to get access to customers across the world through Amazon’s e-commerce exports programme.

Celebrating 50 years of the UAE, what would you like to say?

The UAE’s 50-year journey is truly inspirational – the country’s efforts and consistent contribution across all sectors, whether it is business, technology, education has been unmatched. The UAE has achieved significant milestones over the years and is certainly poised for more phenomenal growth. Slurrp Farm is proud to be retailing in the country and are committed to growing our presence here as the nation itself goes from strength to strength.

Strengthening Dubai’s orientation as a leading destination for entrepreneurs