The session will explore literary narratives relating to the notion of belonging, the multidimensional reasons of women’s dislocation and the female gender being the face of displacement. 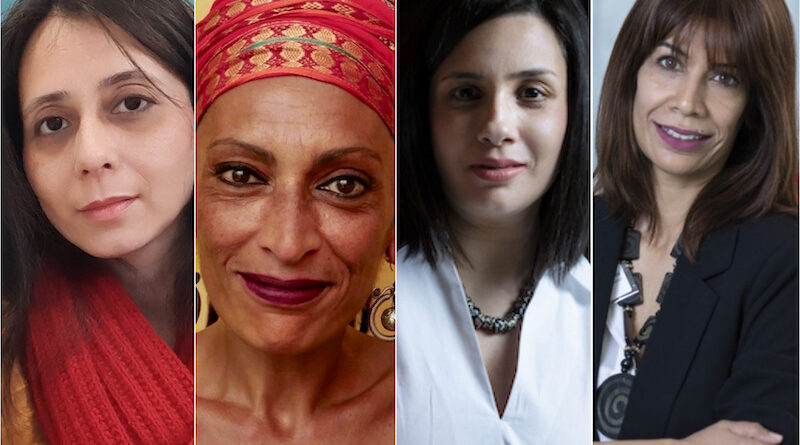 Leading voices from across the literary landscape are all set to share their views about fictionalizing women’s lived experiences at the second edition of Ananke’s much celebrated Women In Literature Festival 2022 (#WLF2022). Taking place digitally on March 31st and April 1st, 2022. The two-day, online event plans to celebrate independent publishers, writers, poets, literary agents as well as connoisseurs of the written word especially from the Global South.

With the theme, Rethinking Paper, Ink & Gender, the event opens up dialogue on publishing and the written word at the intersections of gender, feminist literary activism, innovation, biases, sustainability, linguistic identity, corporatization in publishing, the Metaverse and more.

Unpacking a woman’s experience of displacement is one of the key topics explored at the festival. Titled Navigating Patriarchy: On Movement, Migration and Displacement, the session will explore literary narratives relating to the notion of belonging, the multidimensional reasons of women’s dislocation and the female gender being the face of displacement.

While movement is essential in the progression of life, a woman’s lived experience narrates a different story, which is her role and status in the patriarchal representation of home.

From the moment she opens her eyes and looks past her mother’s bosom, she realizes she’s at her father’s home – a mere stop at a station. She navigates through time and a series of tales – certainly universal in nature – of patriarchy, gender and social norms. She traverses until she reaches to another stop – her husband’s home and from there to her son’s abode. She seeks not just a shelter but a sanctuary called home, sans the labels, tags … and a sense of belonging. This session delves deep into the topic of the female face of displacement, examining the issues of identity, home and belonging especially in this post-colonial, globalized world of today.

The session will be helmed by author and filmmaker Saba Karim Khan and includes distinguished guests including Annie Zaidi, Myriam Tadasse and Sabyn Javeri.

Annie Zaidi is the author of City of Incident; Prelude to a Riot; and Bread, Cement, Cactus: A memoir of belonging and dislocation. She is also the editor of Unbound: 2000 Years of Indian Women’s Writing, and Equal Halves. Her radio script ‘Jam’ was named regional (South Asia) winner for the BBC’s International Playwriting Competition (2011). Her work has appeared in several anthologies and literary journals including The Griffith Review, The Aleph Review, The Massachusetts Review, The Charles River Journal, The Missing Slate and Out of Print.

She has also written and directed several short films and the documentary film, In her words: The journey of Indian women.

Born in 1965 in Addis Abeba, Ethiopia, Myriam Tadessé has lived in Paris since 1978. She studied theatre, philosophy, dance, music and internal martial arts. An actress and stage director, she has taught theatre and dance to children and adults who did not have access to it, written and directed documentaries and published a narrative titled L’instant d’un regard about her experience as a child of the Ethiopian revolution. Since 2017 she decided to devote herself to writing and has published a book at Seagull books, Blind spot, a memoir exploring the realities of being a biracial french citizen. In relation to her exploration of the intimate, she is pursuing training as an analytical therapist.

Saba Karim Khan is an author, award-winning filmmaker and educator, whose writing has appeared in The Guardian, The Independent, Wasafiri, Huff Post, EN Fuego, Verso, DAWN, Express Tribune, Think Progress. She has read Social Anthropology at the University of Oxford and works at NYU Abu Dhabi. Her debut novel – Skyfall – was recently published by Bloomsbury. Her doc-film, Concrete Dreams: Some Roads Lead Home is now on Amazon Prime Video. Before joining the Academy, she worked as Country Marketing and Public Affairs Head at Citigroup.

Sabyn Javeri is Senior Lecturer of Writing, Literature & Creative Writing at New York University, Abu Dhabi. She is the author of ‘Hijabistan’ (Harper Collins: 2019) and the novel ‘Nobody Killed Her’ (Harper Collins: 2017) and has initiated and edited two multilingual anthologies of student writing titled, ‘The Arzu Anthology of Student Voices’ (Vol I & II. HUP: 2019, 2018). Her writing has been widely anthologized and published in the South Asian Review, London Magazine, Litro, Journal of Commonwealth Literature, Wasafiri, Oxonian Review, Trespass, and World Literature, amongst other publications, and she writes a monthly column for 3Quarks Daily on gender and identity.

The event will be livestreamed on Ananke’s Facebook page with the option of attending the festival via Zoom as well. Zoom registrations will commence on March 10th, 2022.

Watch this space for more updates.